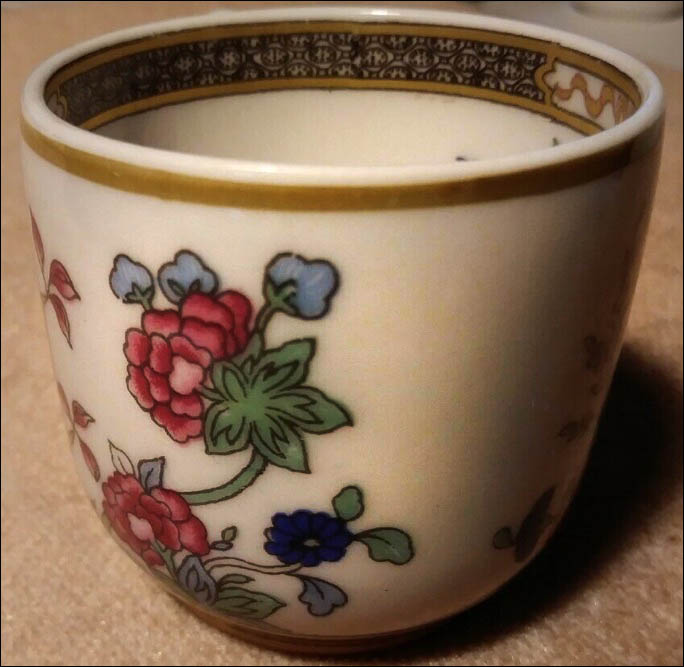 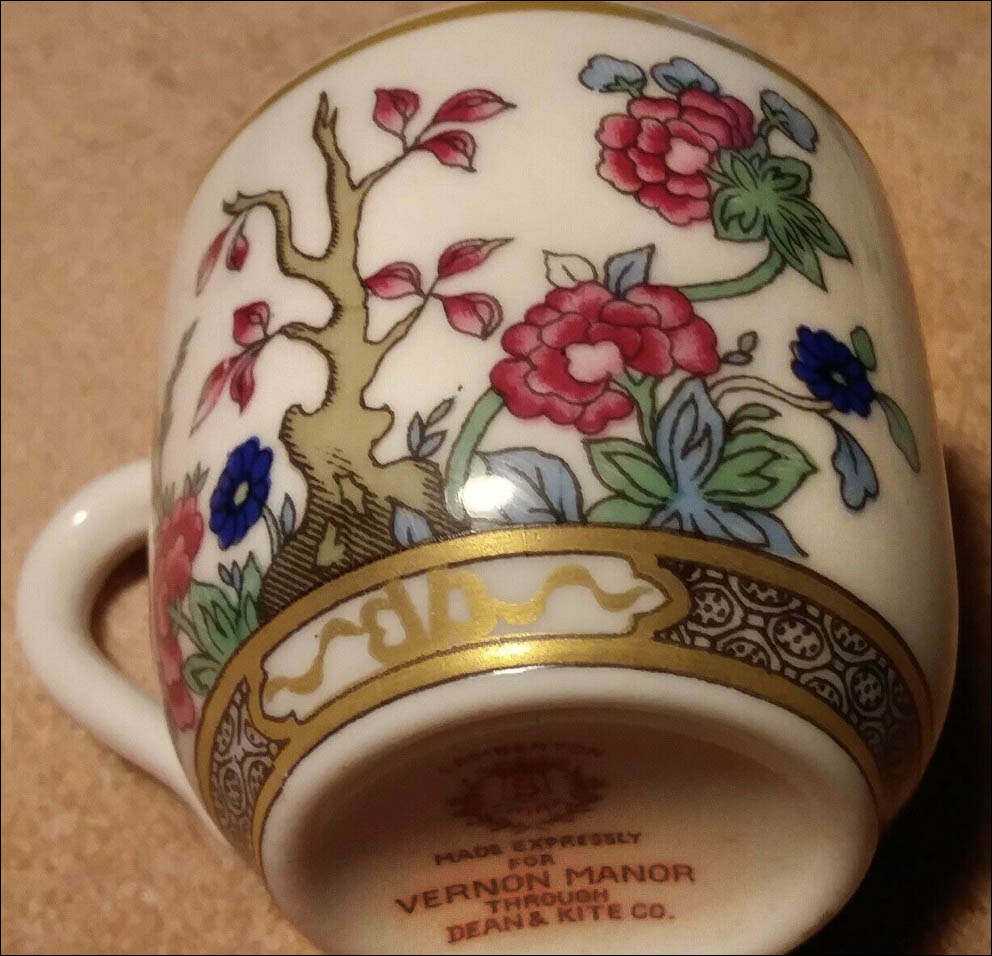 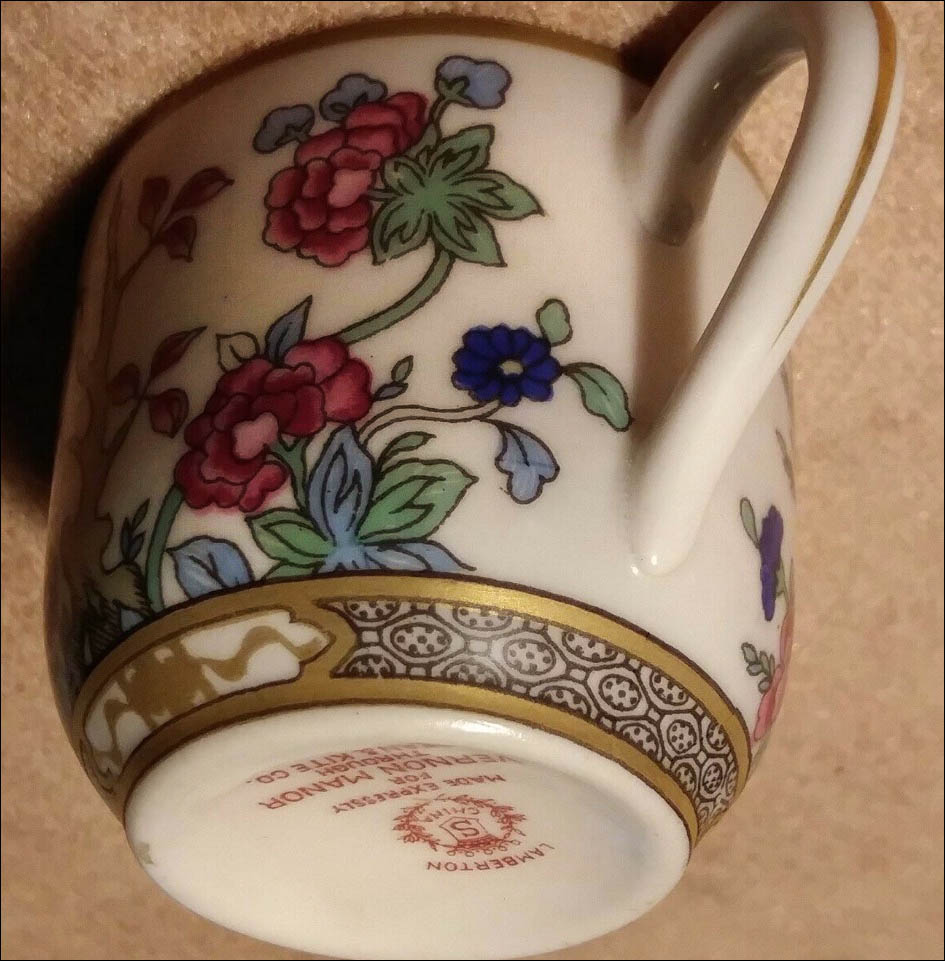 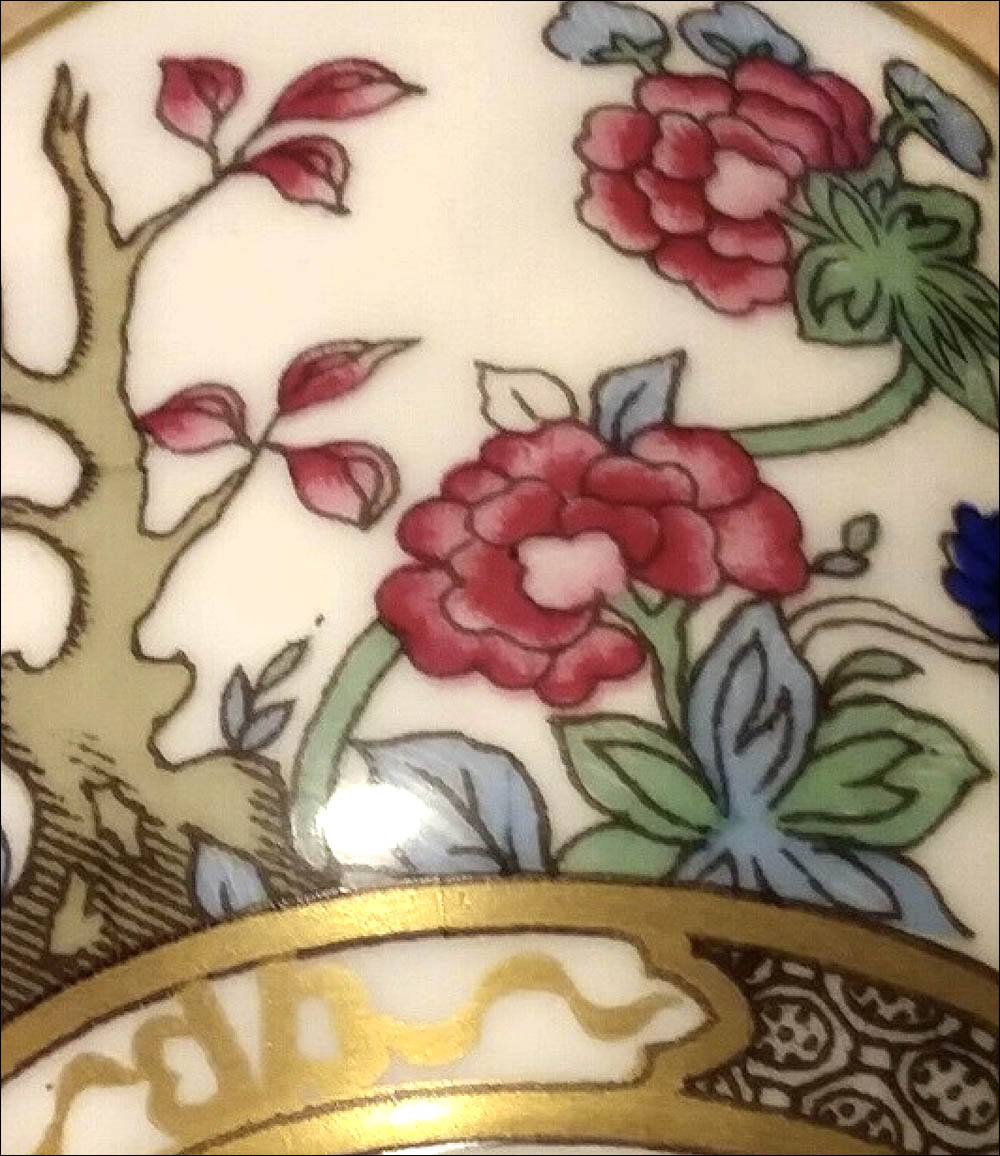 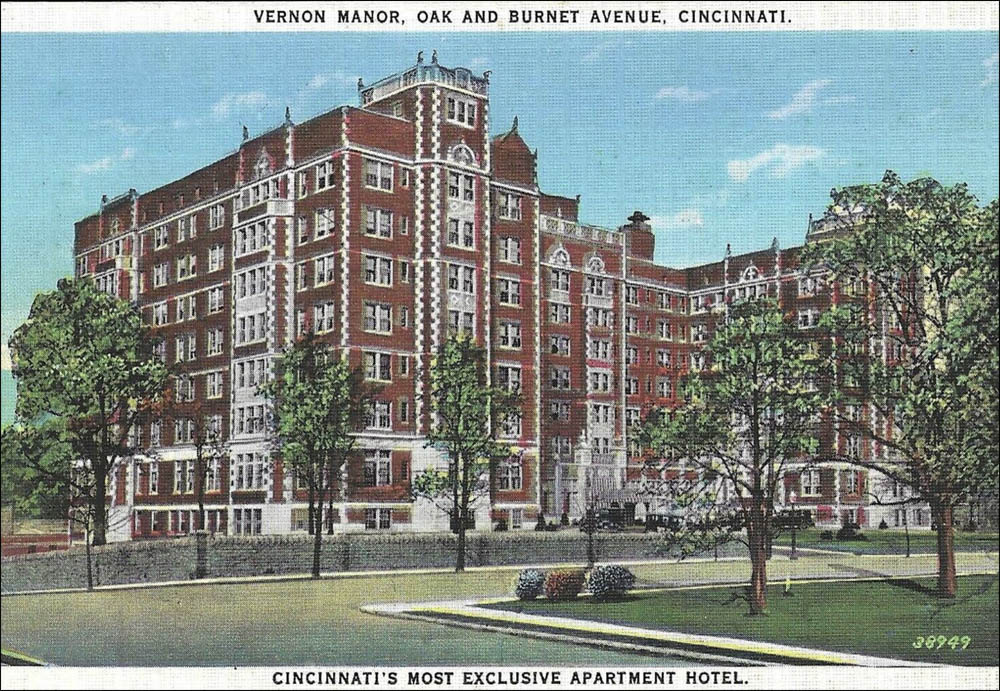 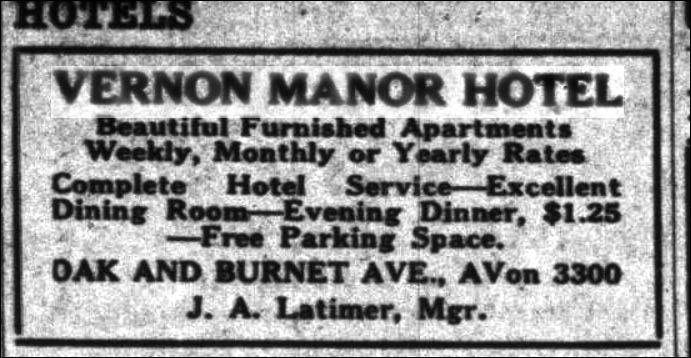 Notes: The nine-story, Vernon Manor Hotel, at the intersection of Oak, Burnet, & Vernon Place in Cincinnati, Ohio, opened around September 1924. It operated as an apartment hotel with about 160 suites that could be rearranged and rented as up to 330 hotel rooms. There were several dining rooms.  The Vernon Manor closed March 31, 2009, and in 2011 was converted into offices and research facilities for the Cincinnati Children's Hospital.

Scammell made a service of Lamberton China for Vernon Manor that is decorated with Indian Tree pattern decals that have coin gold details. Dean & Kite Co. was the distributor. The one known example of this pattern is a demi cup with a Scammell back stamp. This may be a reorder of the pattern originally made for the hotel's opening in 1924, or it may have been a new order placed after Scammell bought the Lamberton Works from Maddock.