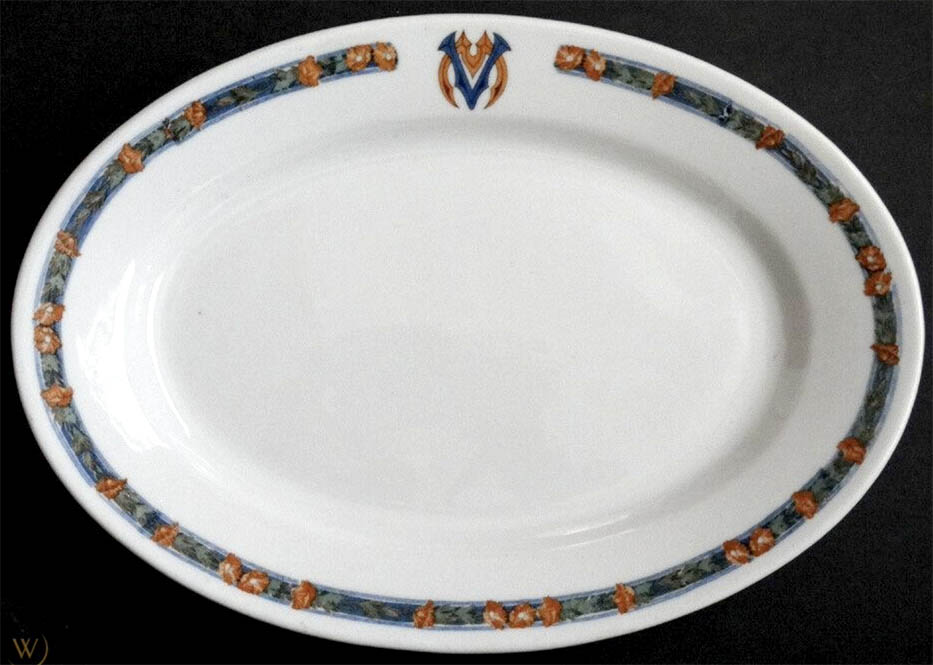 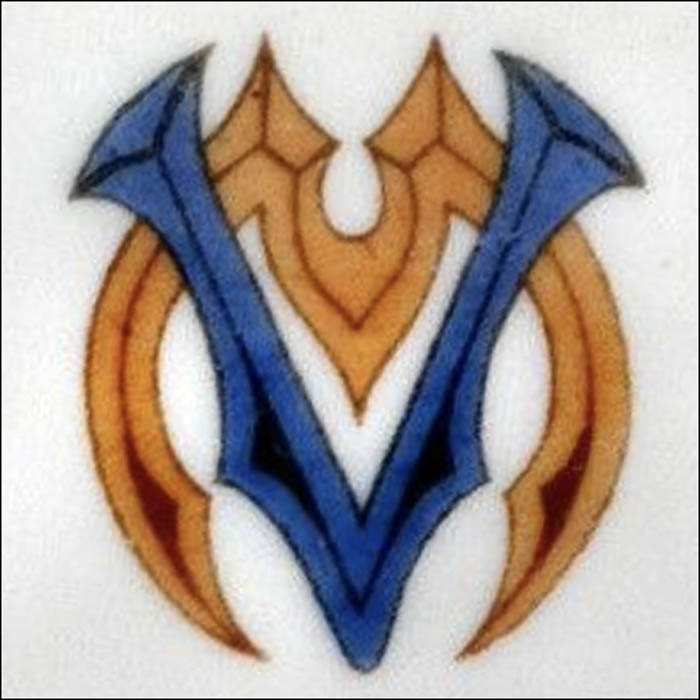 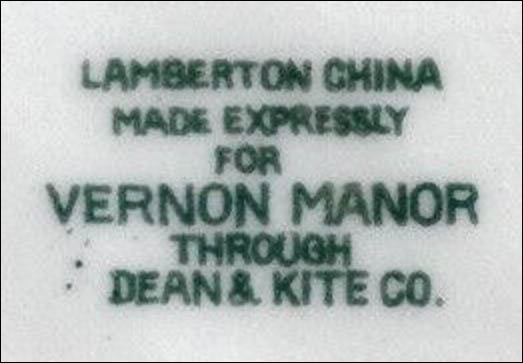 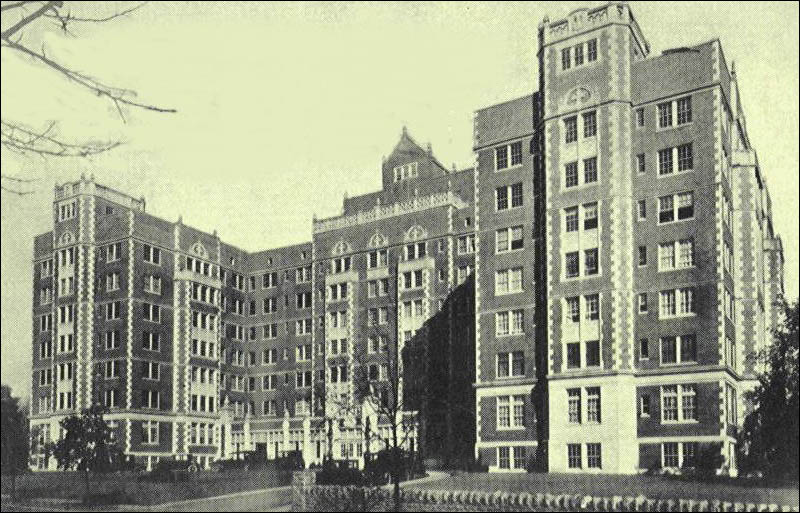 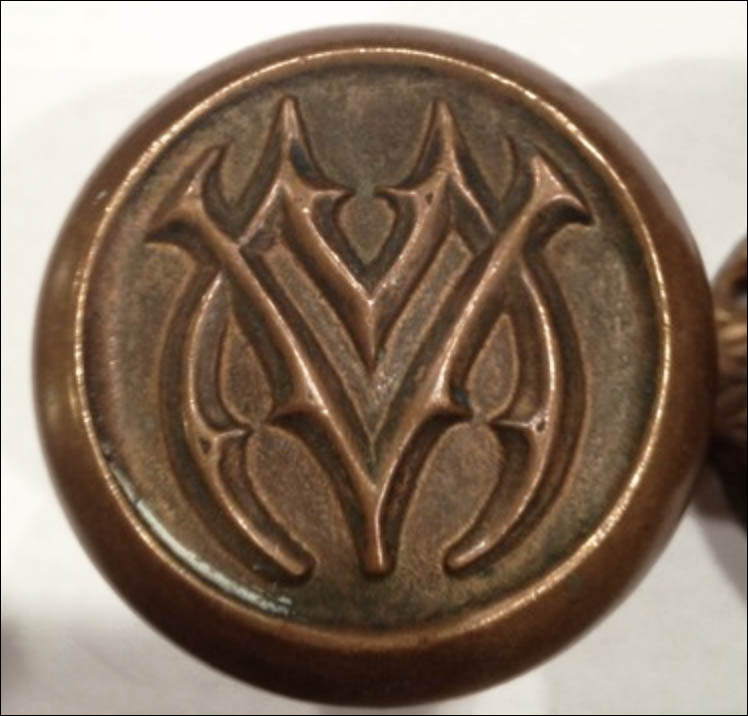 Notes: The nine-story, Vernon Manor Hotel, at the intersection of Oak, Burnet, & Vernon Place in Cincinnati, Ohio, opened around September 1924. It operated as an apartment hotel with about 160 suites that could be rearranged and rented as up to 330 hotel rooms. There were several dining rooms. The Vernon Manor closed March 31, 2009, and in 2011 was converted into offices and research facilities for the Cincinnati Children's Hospital.

Maddock made Lamberton China that is crested with an orange and blue overlapping "VM" monogram. This is the same monogram that was used on doorknobs throughout the hotel. A decal border with poppies on a blue background flanks the crest, mid rim. This china service, which was supplied by Dean & Kite Co., was made when the Lamberton Works was in the process of changing ownership from Maddock to Scammell. It only has "Lamberton China" in the backstamp.