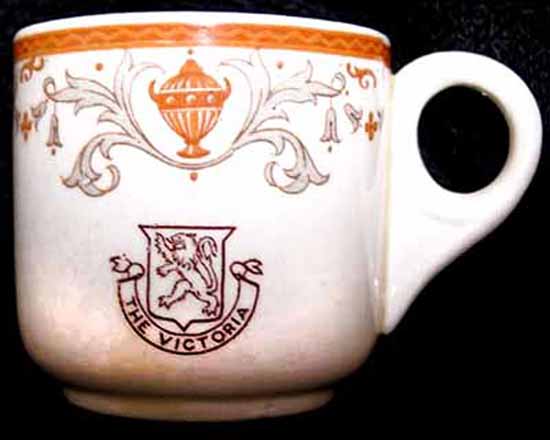 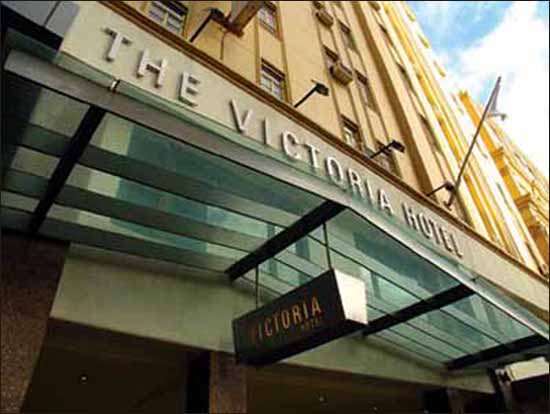 Taken from the hotel's website, "The Victoria Hotel was originally known as the Victoria Coffee Palace, founded by a Temperance League as an alternative to the rowdy, bawdy pub accommodation on offer during the late 19th century. The original lobby is still in use today, minus the skylight dome, removed during WWII to blackout the hotel as a security precaution.

At one stage, The Vic, as it became known, was advertised as the largest hotel in the Commonwealth. In 2007, it remains the largest three-and-half star hotel in Australia… The Victoria Hotel was the first in Melbourne to offer electric lights in its rooms… The founder of the hotel was the Honourable James Munro, a former premier of Victoria."

Off-white "Steelite" body with dark orange decorative band border and ornamental design with a dark orange urn and scrolling, grey acanthus leaves. Topmarked with a griffin rampant in a shield and the words "The Victoria" in a ribbon banner below.