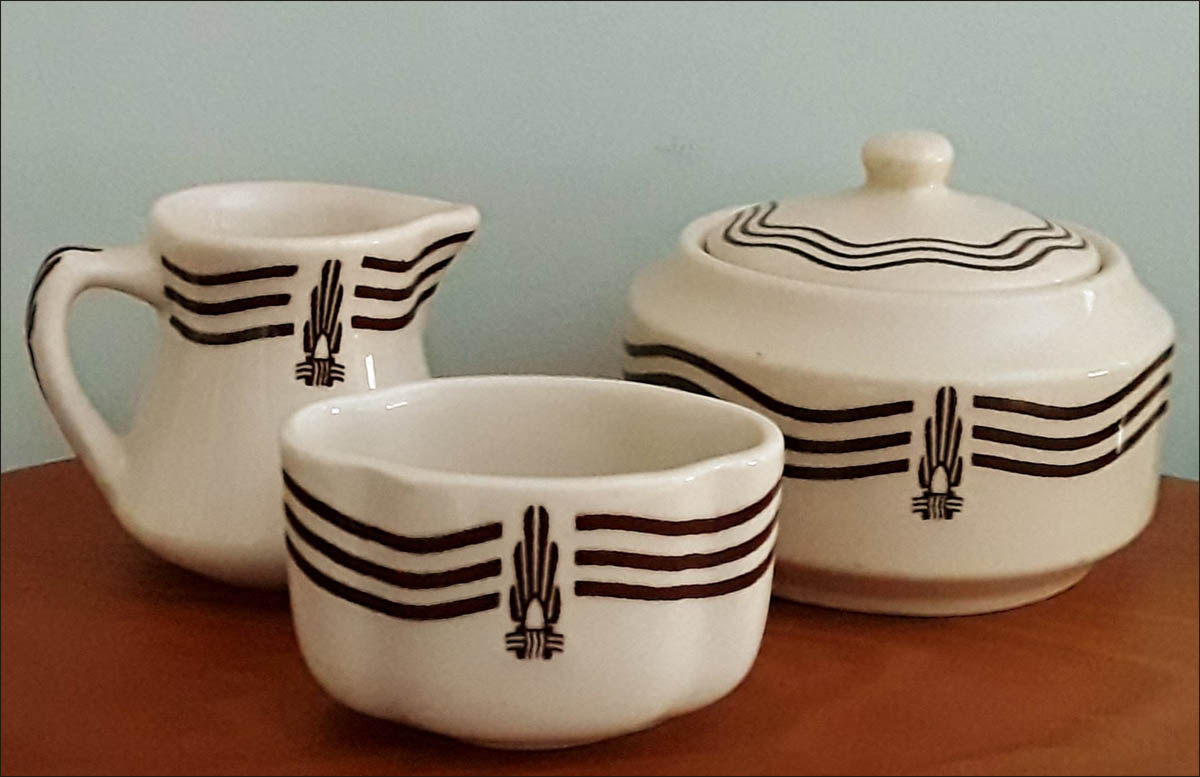 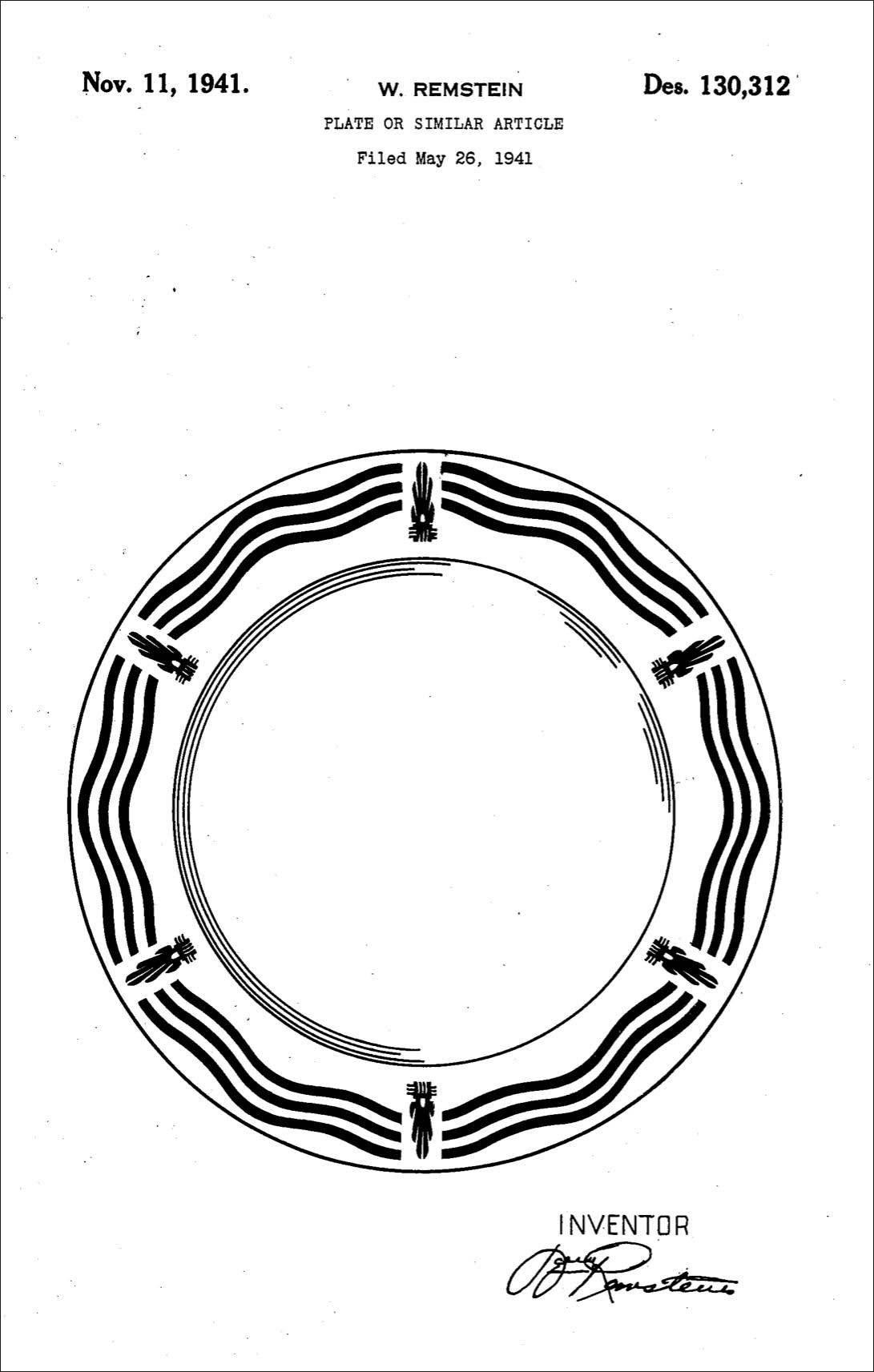 Brown concentric wavy lines on border interrupted by brown iconic symbol that looks vaguely Southwestern or American Indian or that looks like it might have some telephone connection.