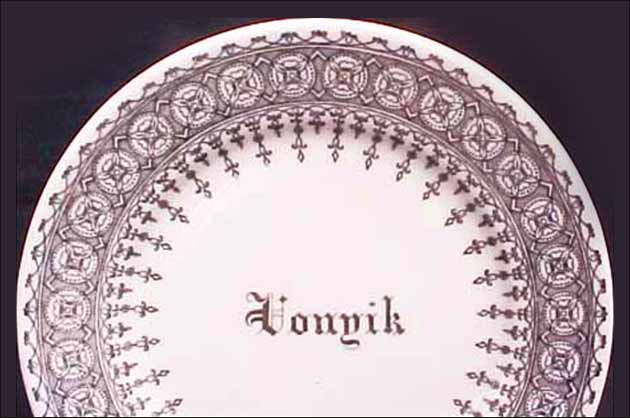 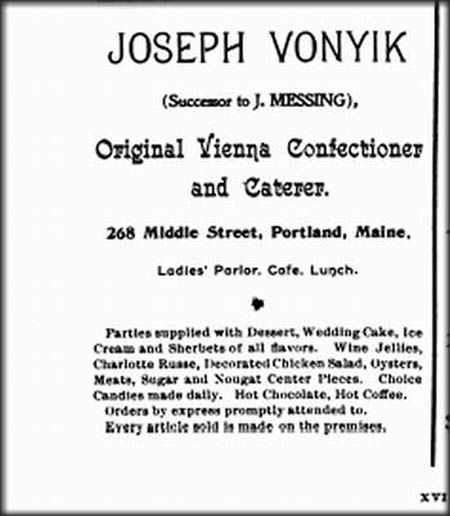 Notes: Joseph Vonyik purchased the existing Original Vienna Cafe located at 268 Middle Street in Portland, ME from John Messing in 1897, and remained at the same location until 1922.

According to Portland Past and Present, published in 1899, the "high class restaurant and fancy bakery," offered "toothsome confections, bakings and delicacies on sale in the front, the restaurant is much frequented by those in search of supplies for the inner man. In the summer season, ices and sherbets are served here in large quantities daily. On the second floor there are neatly furnished private dining rooms. Everything served is baked or made on the premises, under the proprietor's supervision, whether it be for the patrons of the restaurant or the most fashionable wedding breakfast…"

The cafe had roots in confectionery, as evidenced by the Bowdoin Bugle advertisement of 1897 shown above. Joseph Vonyik expanded the business to include catering, as that was his background: he had catered for the Emperor of Austria, at the Court of Vienna and had been a chef in Paris.