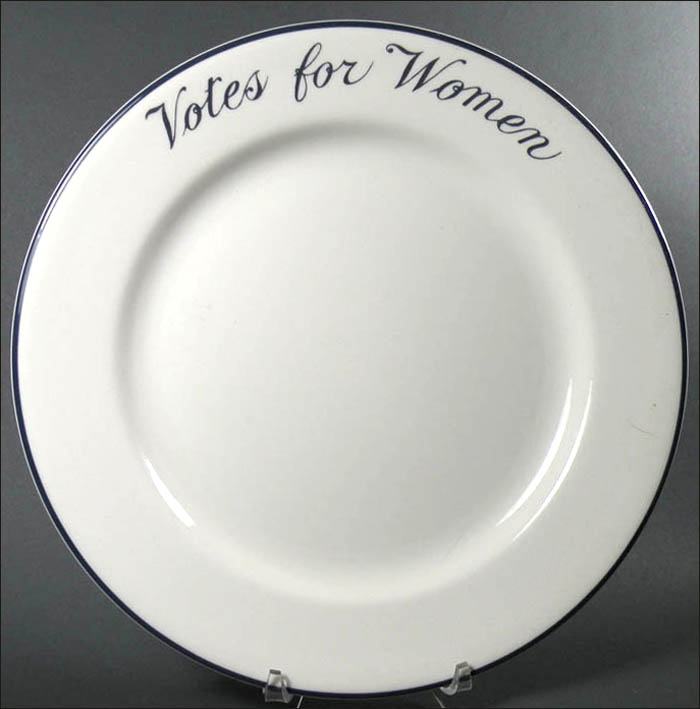 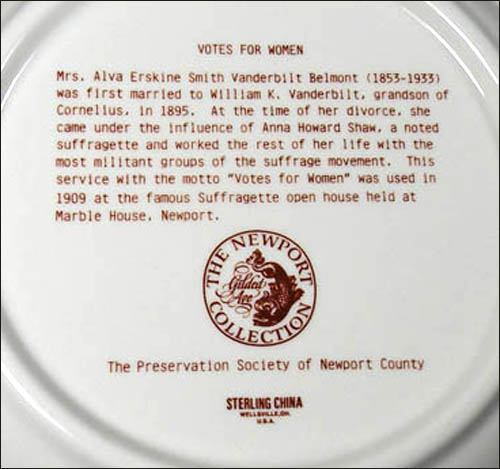 Notes: The reproduction plate is part of a line of contemporary restaurant ware commissioned by the Preservation Society of Newport County, R.I., in honor of suffragette Mrs. Alva Vanderbilt Belmont (1835-1933).

Belmont commissioned sets of "Votes for Women" china for a suffrage open house in 1909 at one of her homes, Marble House. When the event was over, each guest was given a place setting to take home.

The china has been sold at the Sewall-Belmont Museum in Washington, D.C., formerly housing the National Woman's Party headquarters that Belmont – its president until her death – bought for the group.

White china with navy blue line and Votes for Women in script, also in navy blue.