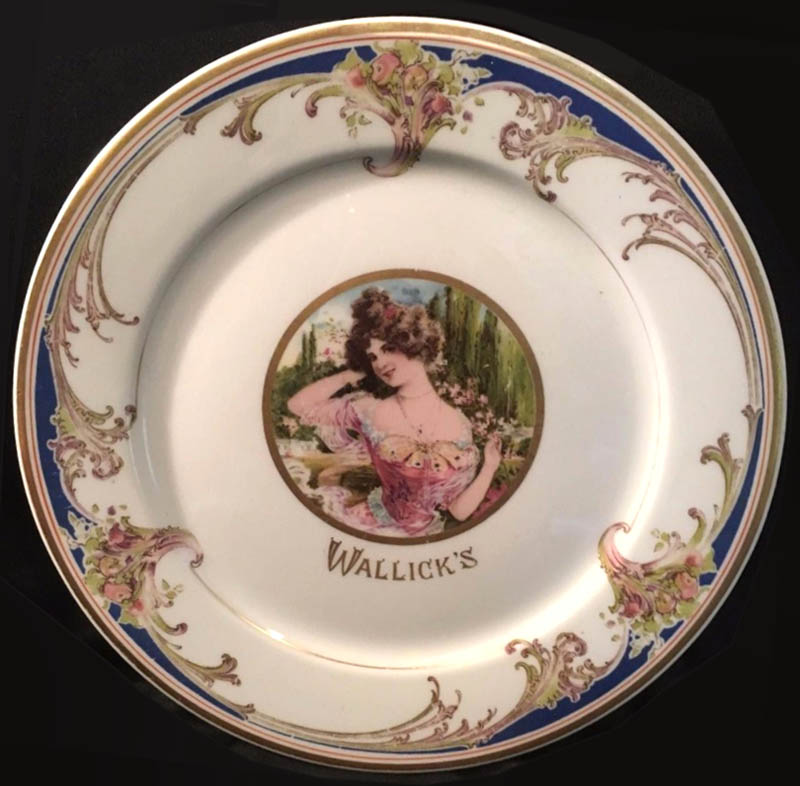 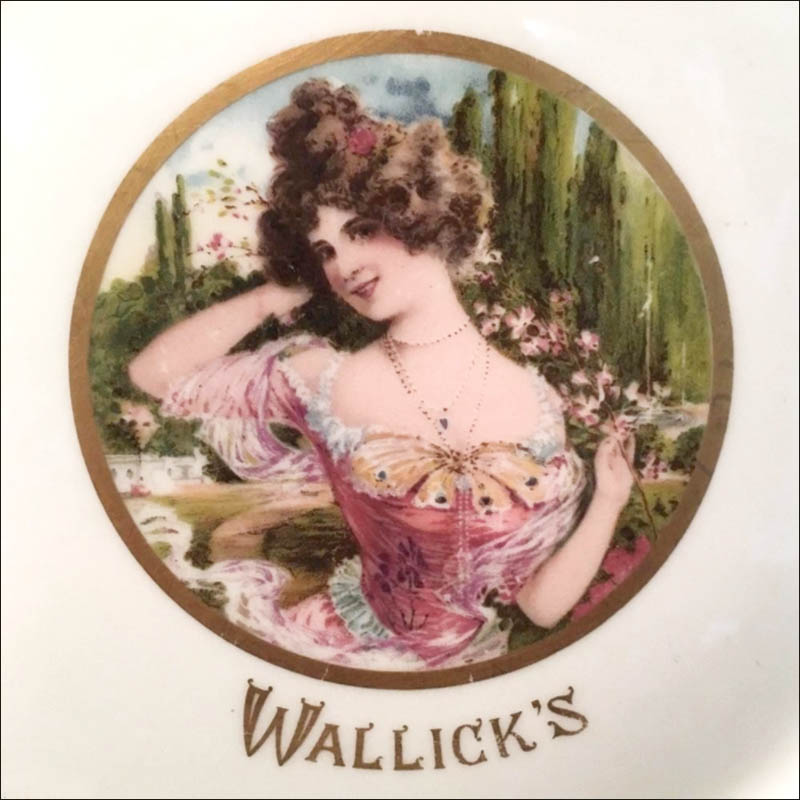 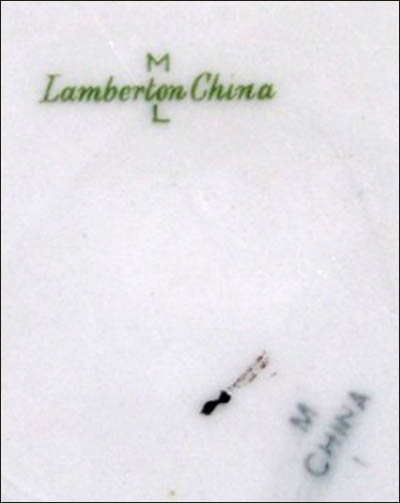 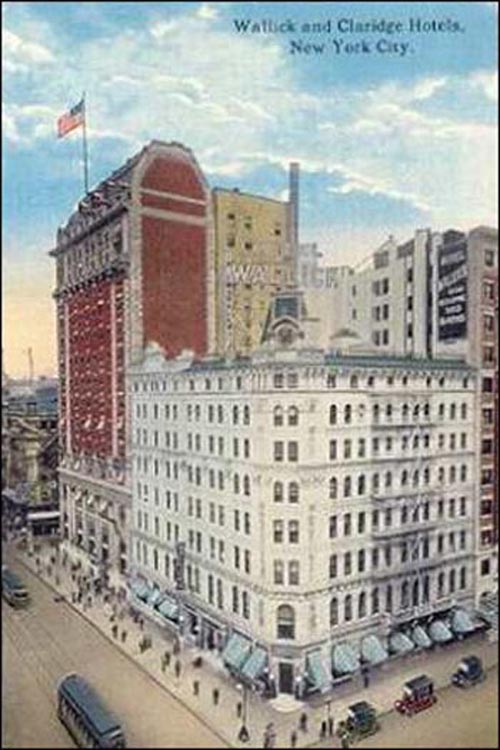 Notes: The Barrett House was located on the southeast corner of Broadway and 43rd streets in New York City. This eight-story, 510-room hotel was built circa 1880 and was the birthplace of Eugene O'Neill on Oct. 16, 1888.

White body with Art Nouveau-style floral bouquet border in shades of pink, green, purple, gold and royal blue. There is a center cameo of a young women encircled by a gold line border with the word "Wallick's" appearing beneath the cameo.