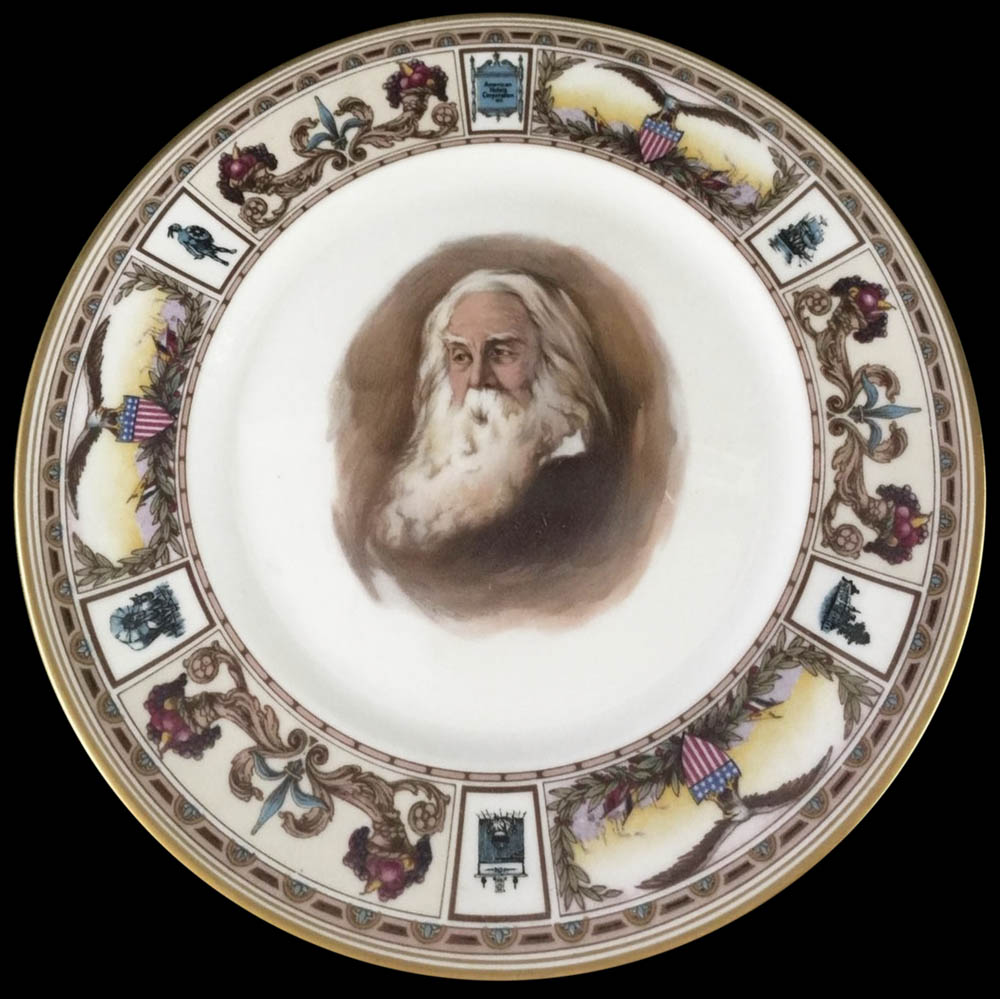 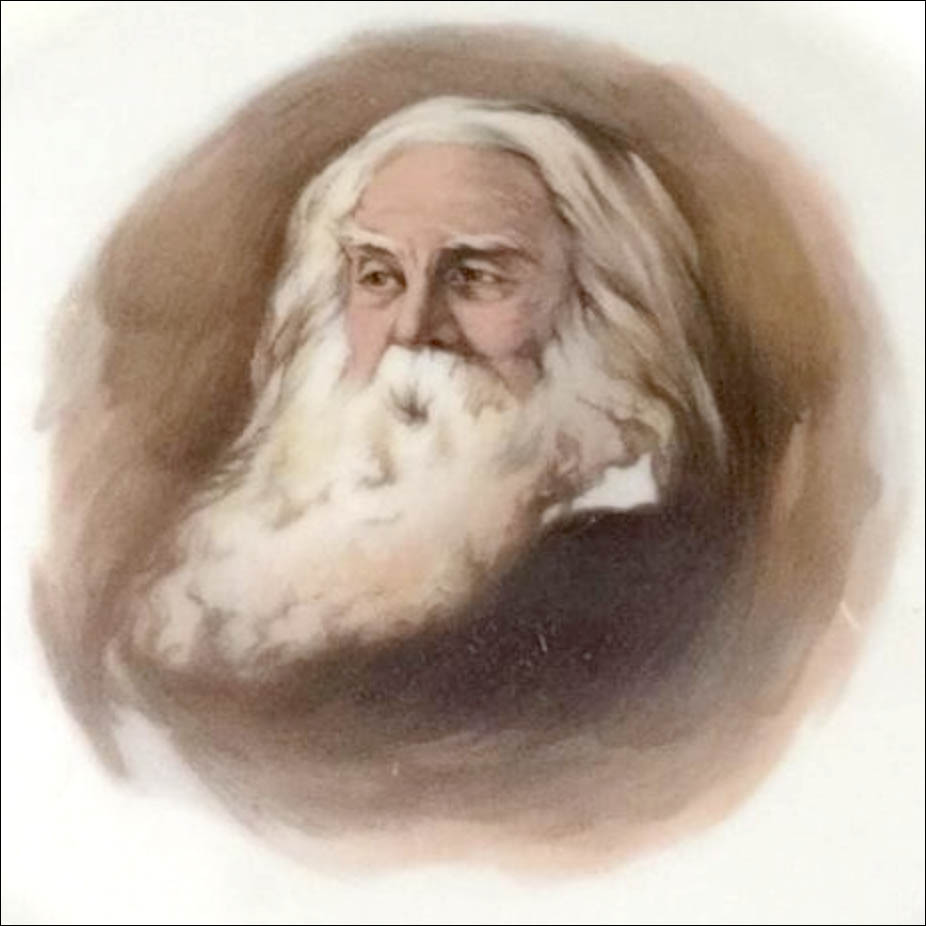 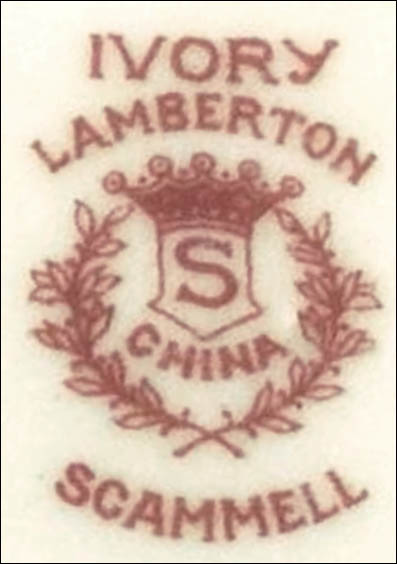 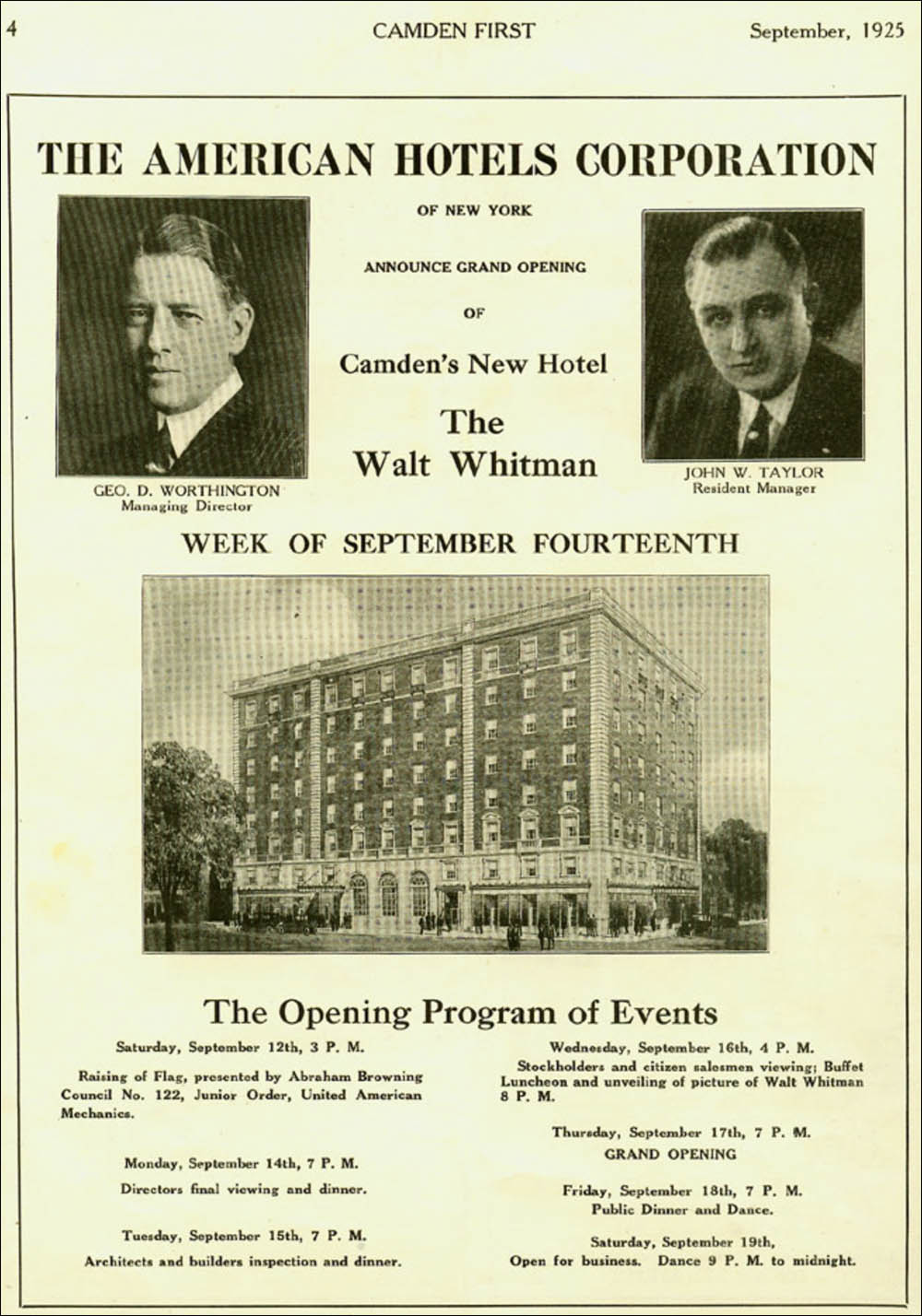 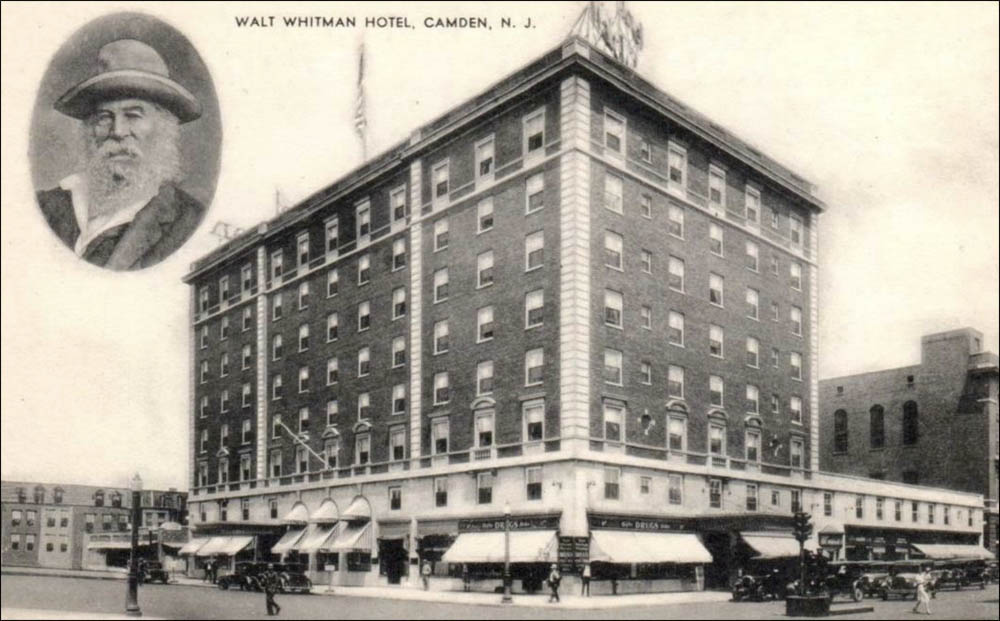 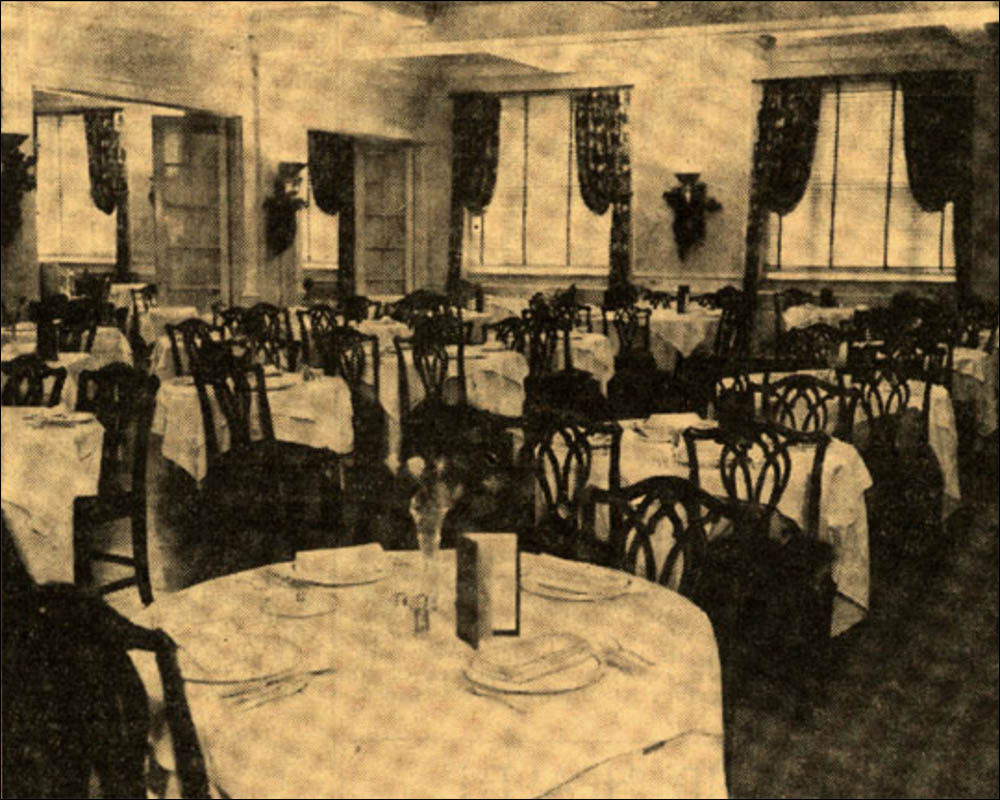 Notes: With the backing of the Camden Chamber of Commerce 1,941 local citizens invested in the Camden Community Hotel Corporation. On September 17, 1924, ground was broken on the corner of Broadway and Cooper Streets, for construction of a new eight-story hotel. On September 14, 1925, the new 200-room Walt Whitman Hotel opened with a week-long celebration. It was named in honor of Camden-born poet Walt Whitman and operated by American Hotels Corporation. By 1955, it was being operated by Knott Hotels. It is listed in the 1966 Hotel Red Book but not in 1967. On Christmas Eve 1977, the former Walt Whitman Hotel was imploded.

Around 1928, Scammell produced Ivory Lamberton China service plates for the Walt Whitman that contain a portrait of Mr. Whitman in the center of the well. The elaborate decal border with the American Hotels signboard crest was designed by Emil L. Schnepf, and patented September 25, 1928, (Des. 76,426). This border was used on service plates for other hotels in the American Hotels chain. The rest of the china used in the Walt Whitman was a blue transfer version of this border.