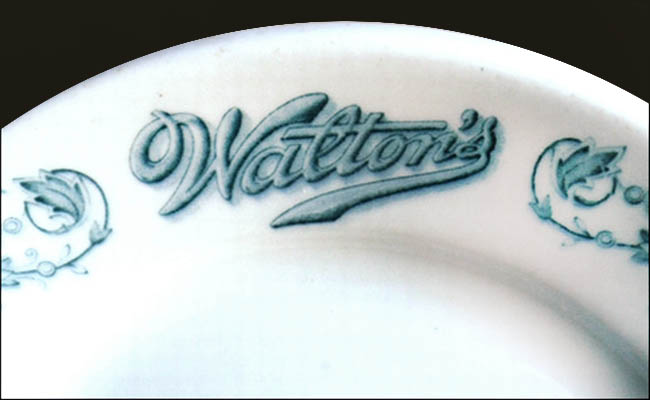 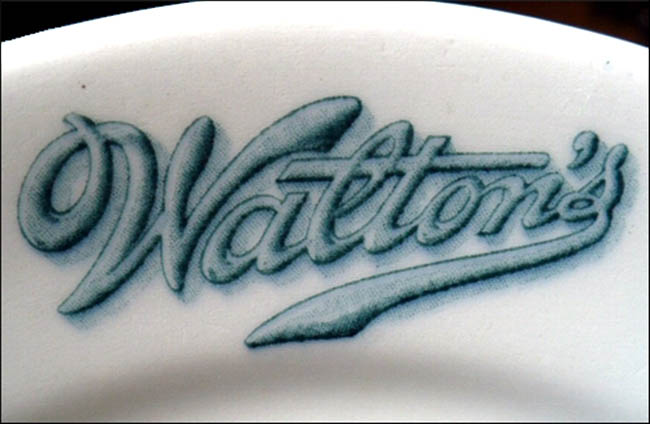 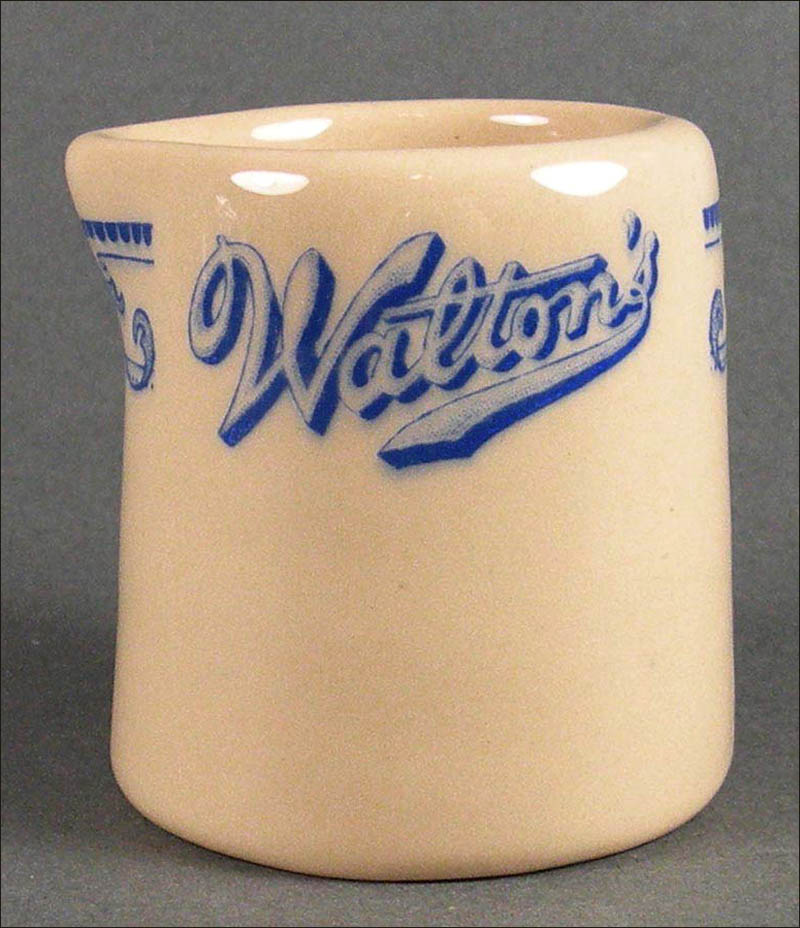 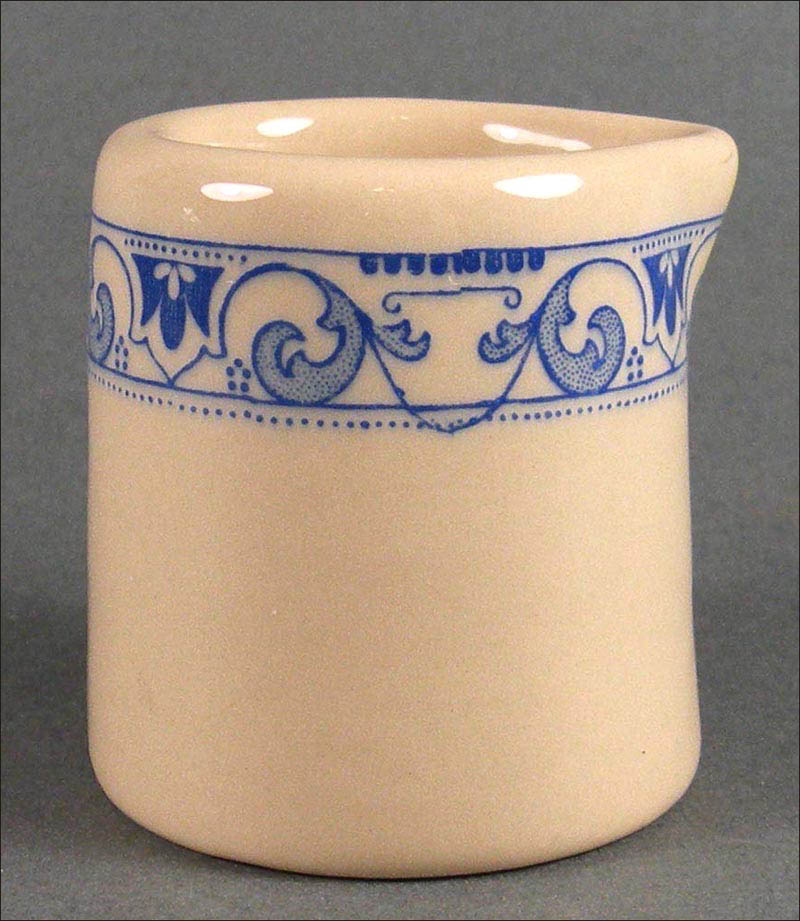 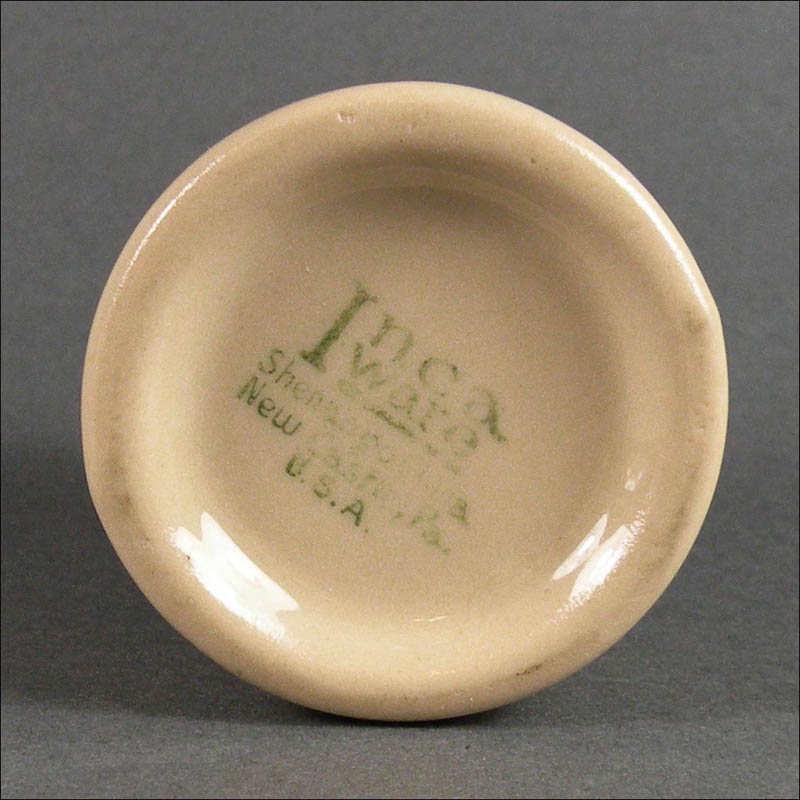 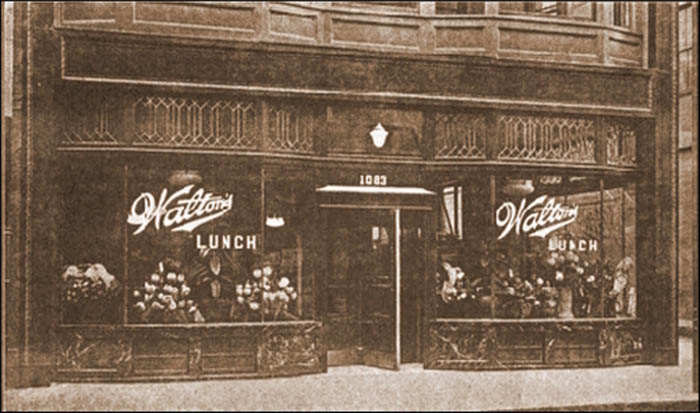 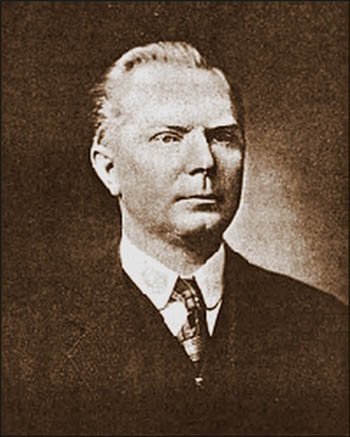 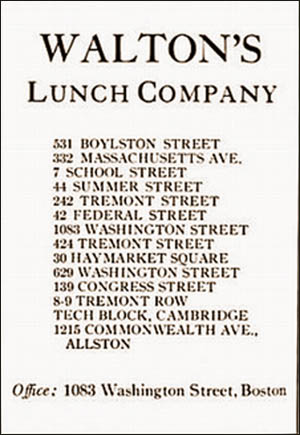 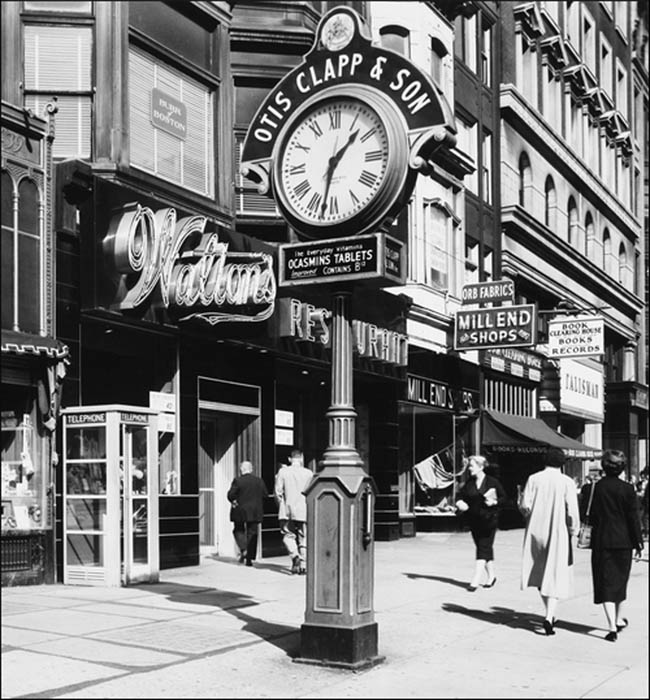 Notes: Born in Canaan, Nova Scotia in 1874, David H. Walton started the Walton Lunch System as a small lunch venue in 1903 and grew it to a chain of luncheons with several locations in Boston, Mass., and two locations in Montreal, Canada.

As was common with the luncheons of this time period, the lunch rooms were adorned with tile and the employees wore white uniforms to communicate sanitation and cleanliness.

By 1922, the number of Walton's Lunch rooms had expanded to 15 (based on the ad excerpt shown above), and in the 1940s, that number increased to 20 locations, based on the matchcover also shown above.