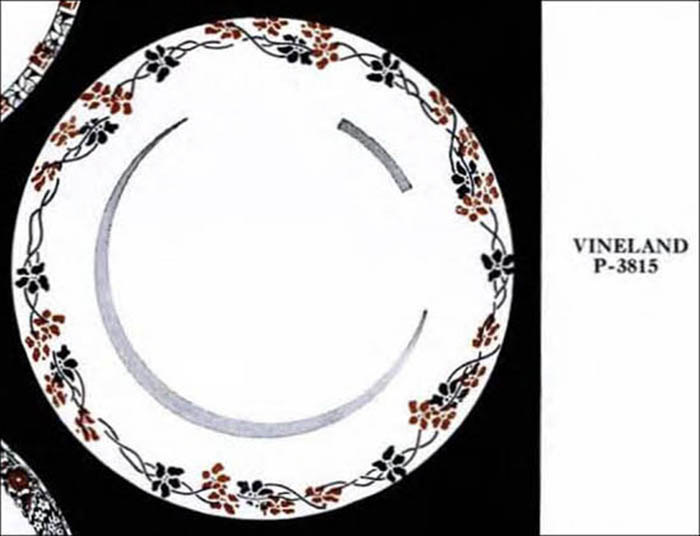 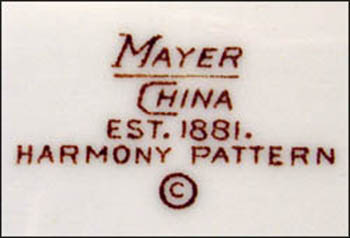 This celery dish is crested with a shield around oval frame containing interlocking WH monogram, with Warden Hotels curved over the shield. Laurel branches are flanking the shield. The copyrighted Harmony pattern as a brown Art Nouveau flower and vine border.

(Just as a point of interest, what is called the Harmony pattern in this piece was identified as the Vineland pattern in a preceding Mayer catalog, shown above.)