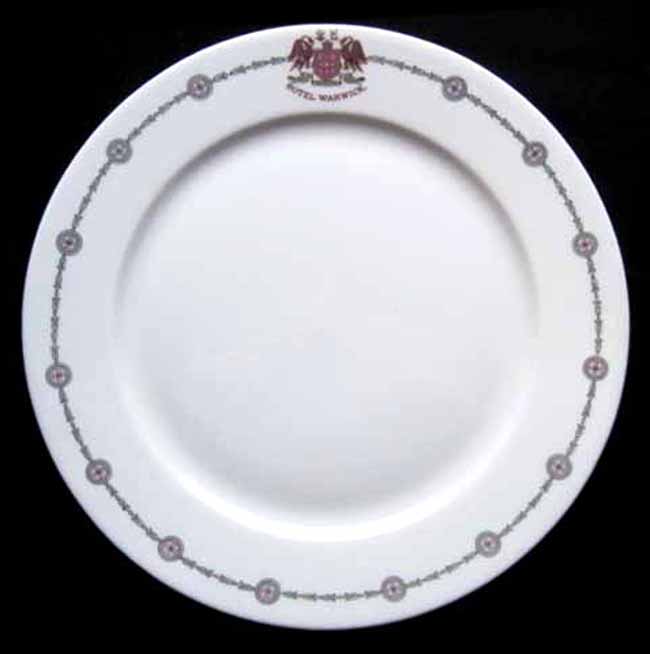 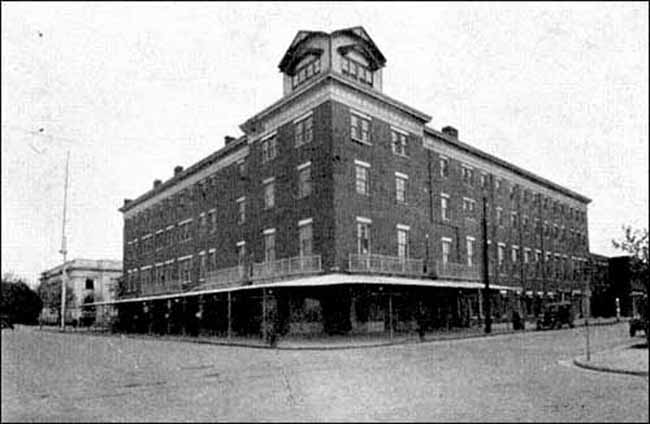 Notes: Located at West Avenue and 25th Street in Newport News, Virginia. Work on the hotel began in 1882 and was formally opened with a reception for 200 guests on April 11, 1883. The 100-room, four-story hotel is on the James River, overlooking historic Hampton Roads.

"The hotel was renovated in 1901, and in 1915 all the rooms were equipped with hot/cold water and telephone service. During WW I, the restaurant was expanded and an annex was constructed on 25th Street. The hotel was again expanded in 1928 with a seven-story, 72-room addition bringing the total number of rooms to 202. During WW II, the Hotel Warwick reached a maximum of 275 rooms."

"A fire destroyed the original structure in 1960, but operations continued in the hotel's 1928 addition until it closed in 1988. In 1991, the building became SRO (single room occupancy) rental housing for homeless persons."

White body with rim treatment consisting of green bellflowers with circular beads of green, mauve and white flowers broken by a crest with brown long-necked, open-winged birds on either side. A crown is above with two smaller birds. Below is a three-section banner with Vix Ea Nostra Voco (I scarcely call these things our own) and Hotel Warwick in brown beneath all.

Pattern has also been found in solid green.