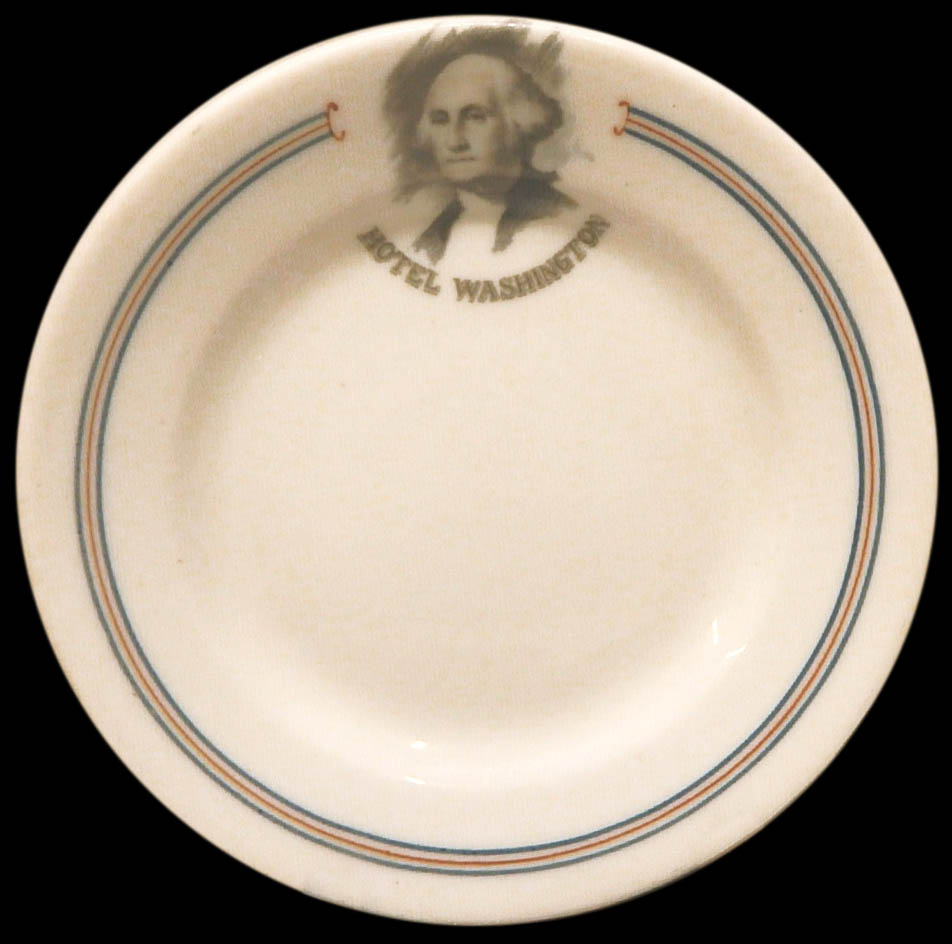 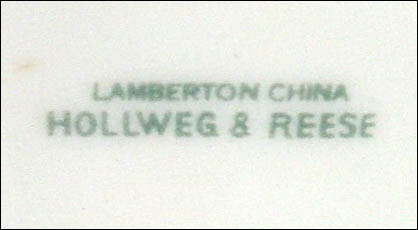 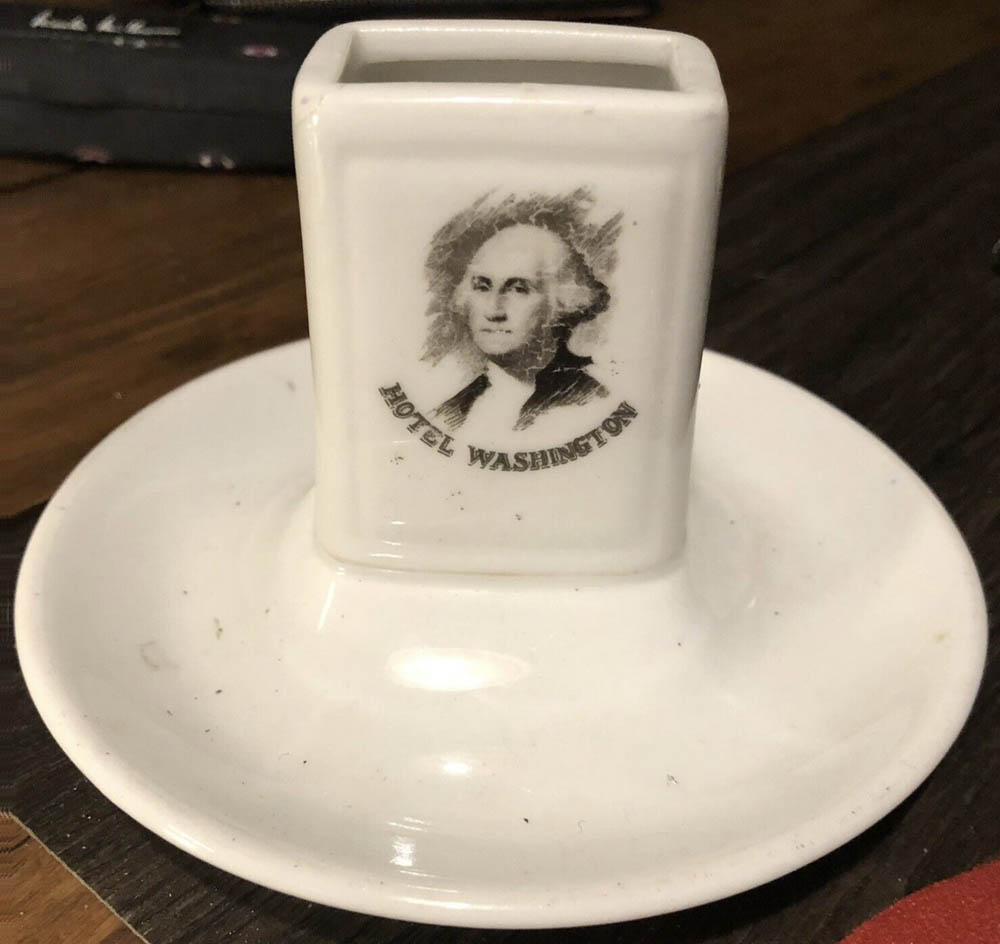 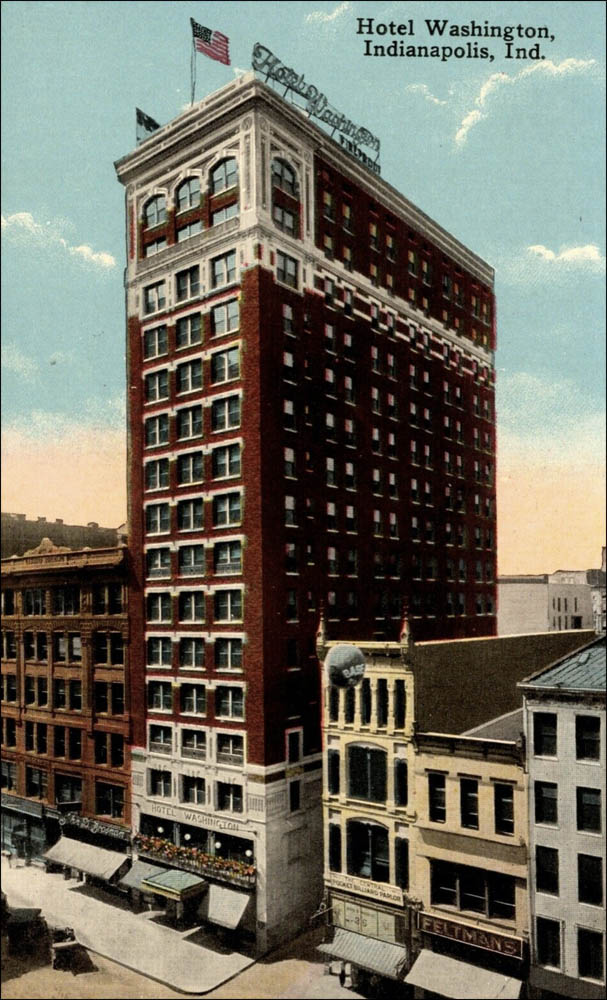 Notes: The 16-story, 296-room Hotel Washington opened December 28, 1912. The address is 32 E. Washington Street in Indianapolis, Indiana. Some postcard views make it appear to be on the corner of a busy street. It is on the corner, but Scioto, the side street, is a narrow alley. The 43' by 75' dining room seated 300. The Hotel Washington is listed in the 1963 Hotel Red Book, but not in 1964. By 2021, the building had been converted to offices and renamed Symphony Center, with the Indianapolis Symphony Orchestra occupying the ground floor.

Maddock produced a china service which is crested with a bust of George Washington, facing to the left. "HOTEL WASHINGTON" is curved below. A red pin line, flanked by blue pin lines is placed mid rim, flanking the crest.  China used in the bedrooms does not have the three pin lines.  Some pieces were made on Maddock's American China body, others on Lamberton China body. Hollweg & Reese was the supplier. Hollweg & Reese, being located in Indianapolis, serves as the identification for this 'Hotel Washington' crested pattern.