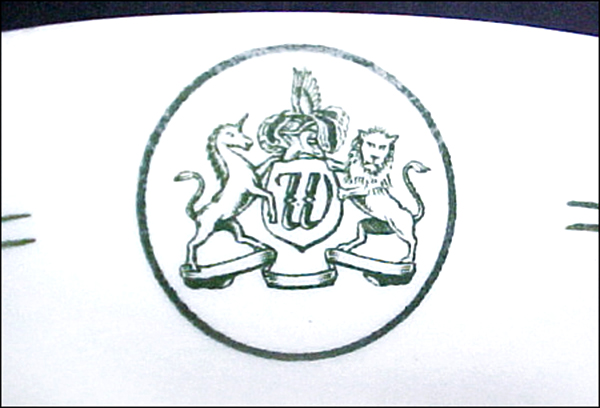 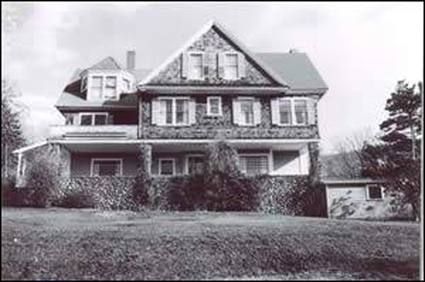 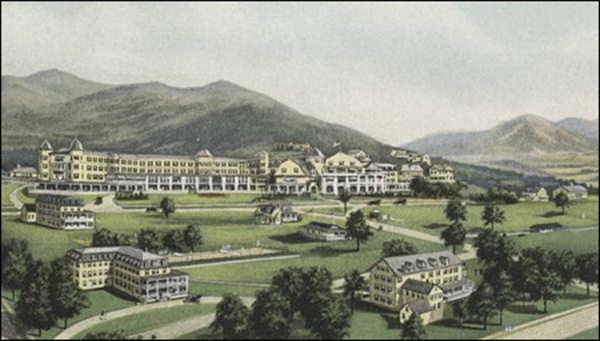 Notes: One of the five largest "grand hotels" in the White Mountains of New Hampshire, the Waumbek was located in Jefferson, N.H. and started as a boarding house in 1860 on Starr Mountain. Renovations were made in 1879, 1892, 1897 and 1900.

The first golf course in the White Mountains was built at the Waumbek in 1895 and was designed by Benjamin Plaisted. In 1916, the resort was renamed the New Waumbek and Cottages. On May 9, 1928, a large part of the original hotel burned; the rest was rebuilt and remained in business until the mid 1970s. The hotel itself was torn down in the late 1970s. The cottages remained, and new condos have been built around the original golf course.

White body with green lines. Heraldic shield features a unicorn and lion on either side with a helmet and plumed feathers above. W within the shield and banner below.