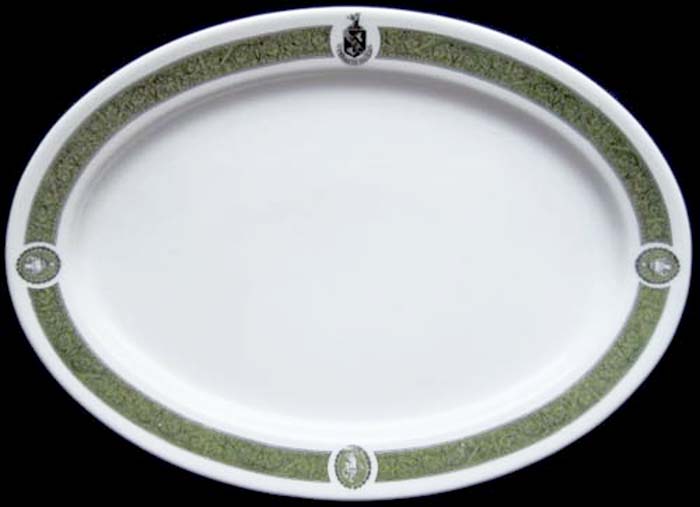 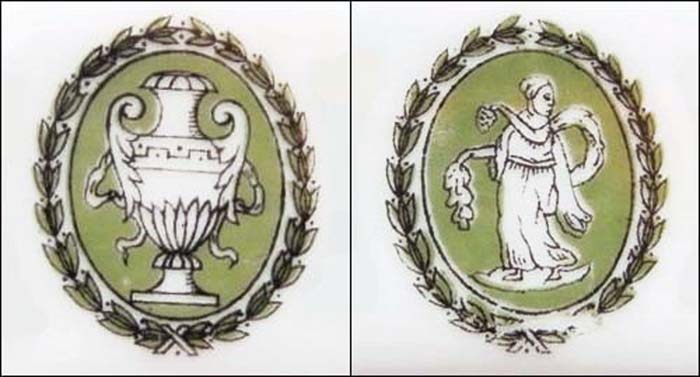 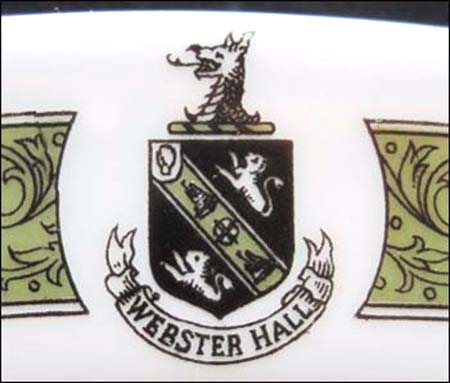 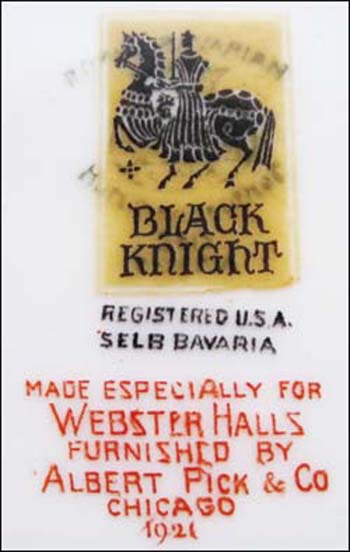 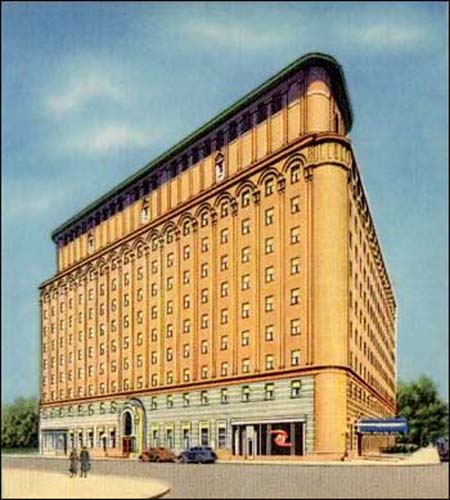 Notes: The 11-story, 700-room Webster Hall Hotel was designed by Henry Hornbostel with Eric Fischer Wood. Located at 4415 Fifth Avenue in the Oakland section of Pittsburgh, Pa., construction on the grand Beaux-Arts style building started in late 1924. The hotel is not listed in the 1925 Hotel Red Book (HRB), but is listed in the 1927. The hotel opened in 1926 as a bachelor hotel, catering to men and collegians, and was furnished by Albert Pick & Co. In a few short years, the hotel became one of the leading transient hotels in the city.

An ad in the 1940 Hotel Red Book states: "An Achievement in Modernization – Large new decorated rooms, Ultra-modern Neo-Angle Baths, Air Conditioning, Delicious Food. The only hotel in Pittsburgh with a swimming pool."

According to Emporis.com in 2011, Webster Hall is a residence hall for Carnegie-Mellon University, managed by NDC Real Estate.

Black Knight white body 8.5" x 12" platter with a wide band of black acanthus leaves on green, broken by the hotel logo and three oval medallions. The Webster Hall Hotel logo consists of a three-section shield with a palm top left and a diagonal bar with three elements, two seated animals and another animal above. Below is a banner with Webster Hall.