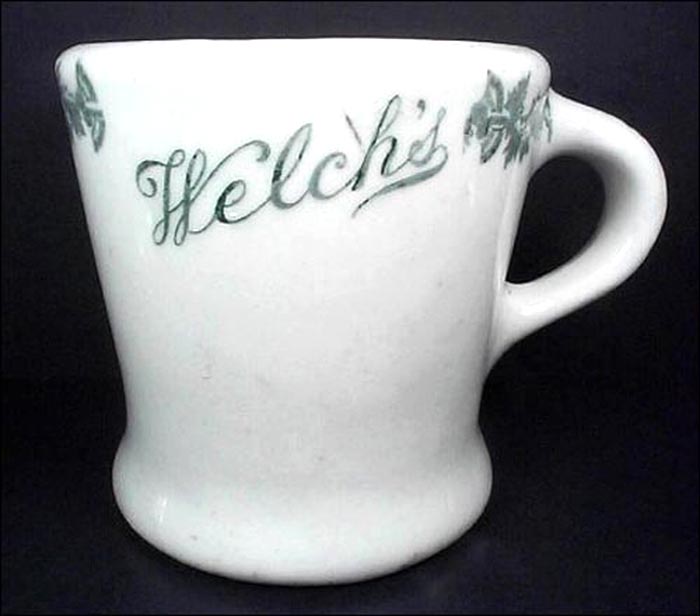 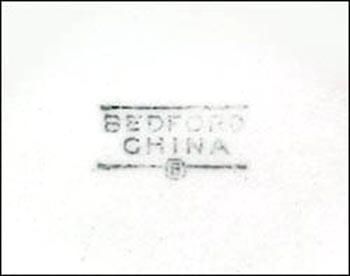 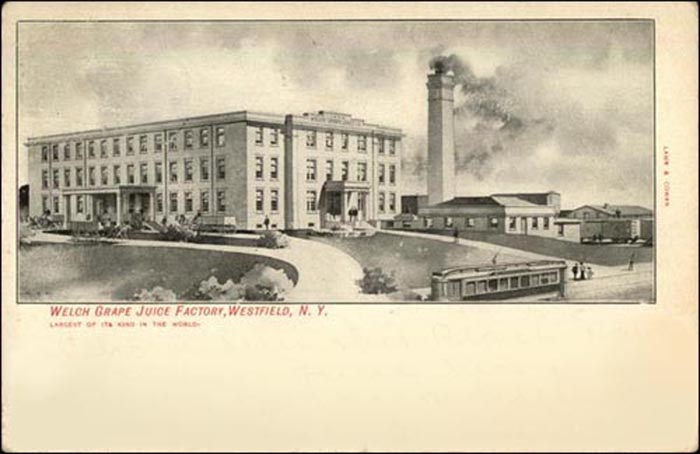 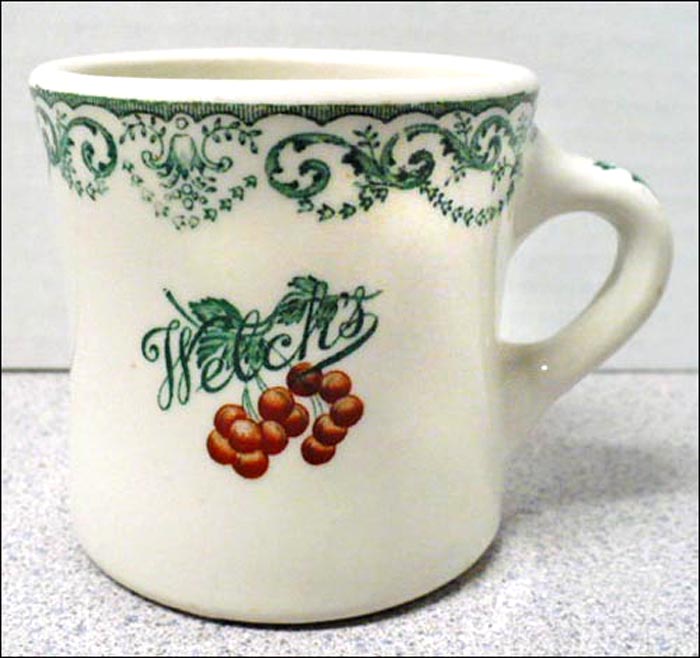 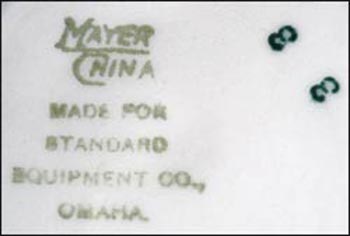 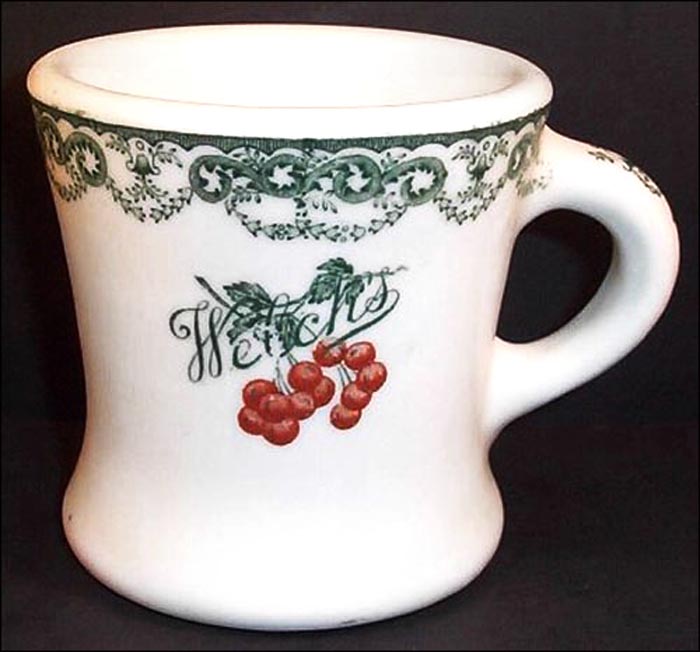 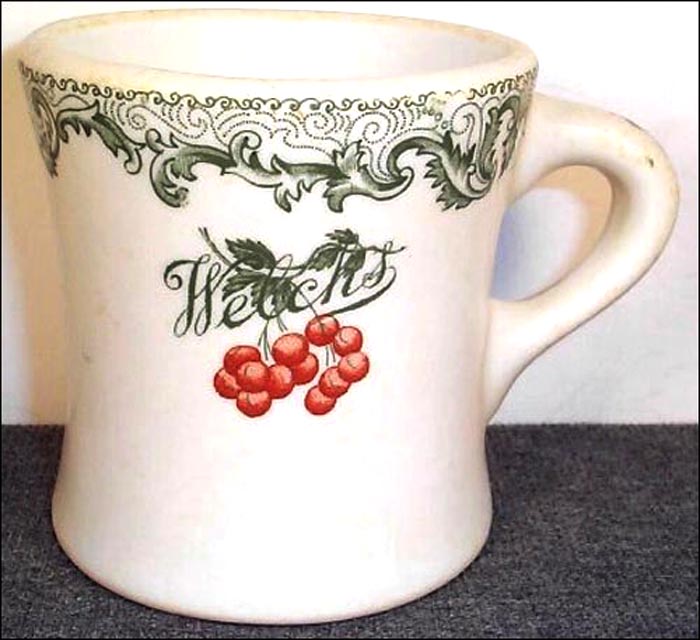 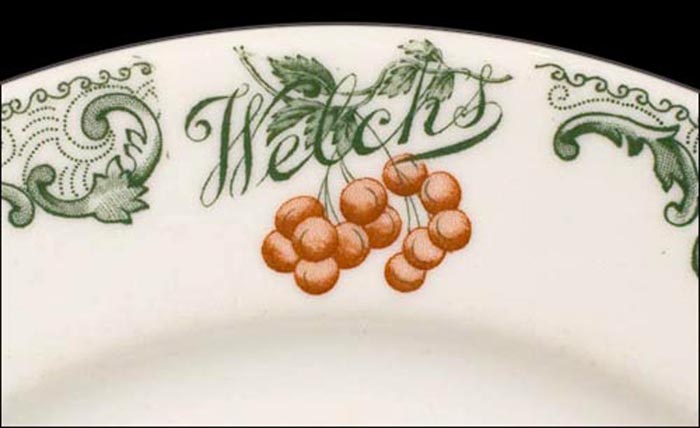 Notes: What would become Welch's Grape Juice began in 1869 when dentist and Prohibitionist Thomas Bramwell Welch and Charles Welch, his son and also a dentist, bottled "unfermented wine to use during their Methodist church's communion service," according to the company website. Unique among the other so-called unfermented wines of that era, the pair used pasteurization in lieu of preservatives and achieved a high-quality product. At the time they lived in Vineland, N.J.

Although the non-alcoholic wine didn't catch on immediately with local congregations, Charles Welch was a true believer and moved to Westfield, N.Y., and founded Welch's Grape Juice in 1893. By taking advantage of the growing temperance movement and through relentless advertising, the juice became popular.

One humorous article in The New York State Archives sums up the Welch experiment: "After the Civil War, Thomas Welch, a staunch Methodist and temperance advocate, set out to produce a grape product that would be the 'fruit of the vine instead of the cup of the devil' – and built a multi-million-dollar company in the process."

William Chazanof detailed the company's growth in his 1977 book "Welch's grape juice: from corporation to co-operative." It describes the brick four-story Welch Office Building that he built circa 1909-10, as well his acquisition of adjacent real estate that would be known as Welch Block. The office building included a Welch Hall auditorium that could seat 400. The Welch restaurant known as the Motor Inn was added in 1911 on the first floor. (This information comes from the Westfield Walking Tour. Names for the restaurant were selected from some 100 entries in a contest.)

Chazonof wrote that an ad "on June 21, 1911, had an alliterative lilt, announcing 'that new, neat, nice restaurant in Welch Block on the Corner' offered a la carte meals all day, boxed lunches for tourists or picnics, and several rooms."

It is likely, therefore, that the china that has been found with the Welch's logo was used in the Motor Inn restaurant. A listing for the Motor Inn was found in "The automobile blue book, Volume 4," printed in 1918. It is not known how long the restaurant was in business.

Designs for the china used green floral or swirled borders popular at the time with the addition of Welch's in green script. The design executed by Bedford China was plain except for the border and name; the designs made by Mayer, Shenango and Syracuse all added clusters of red grapes underneath the Welch name, examples shown above.