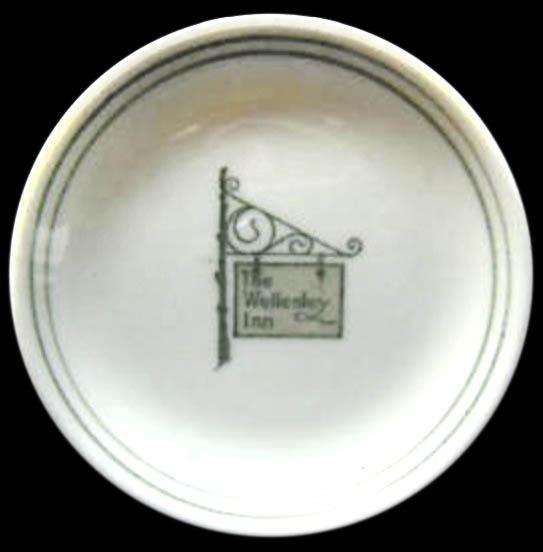 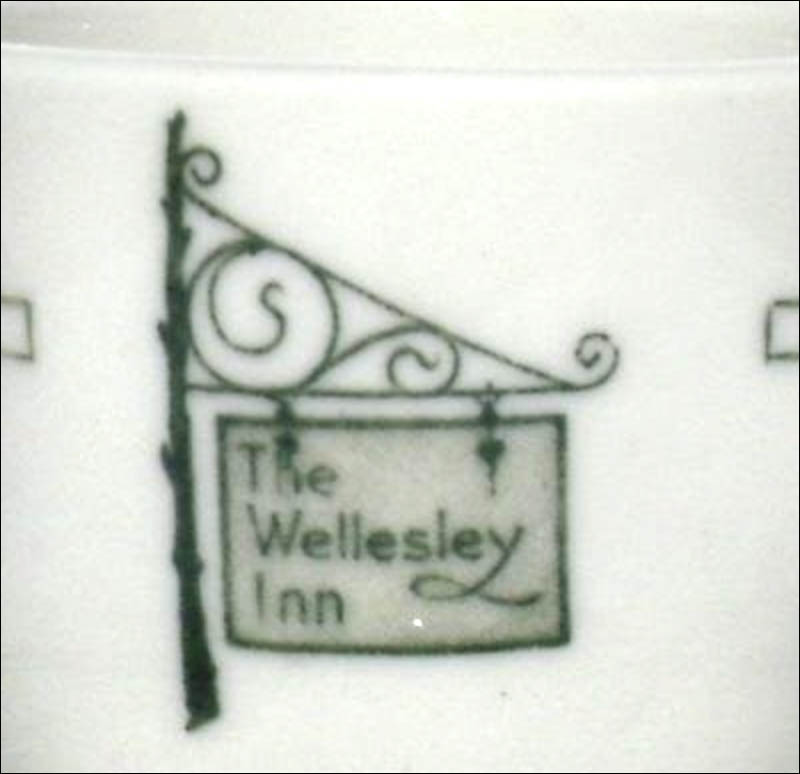 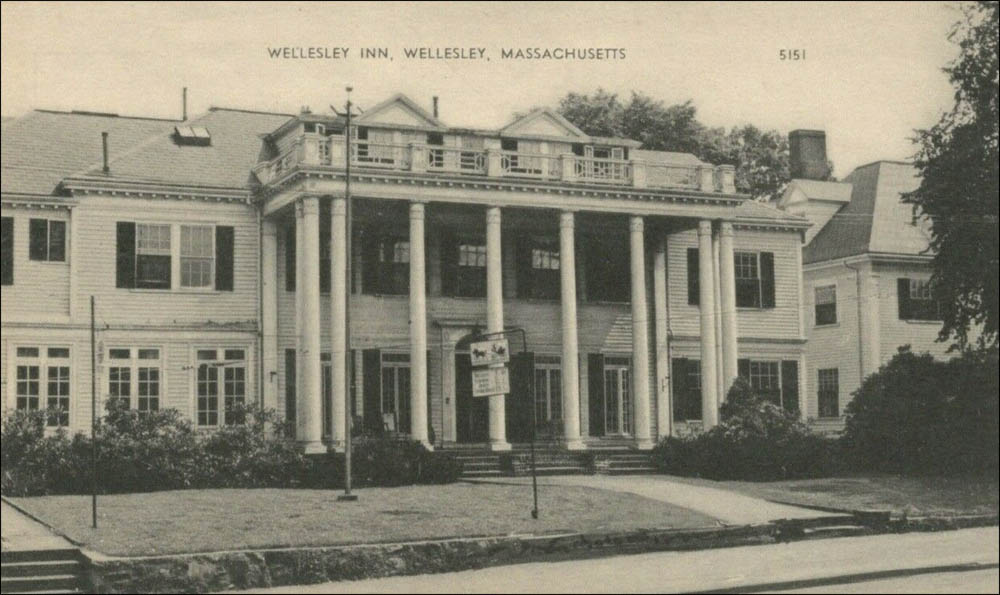 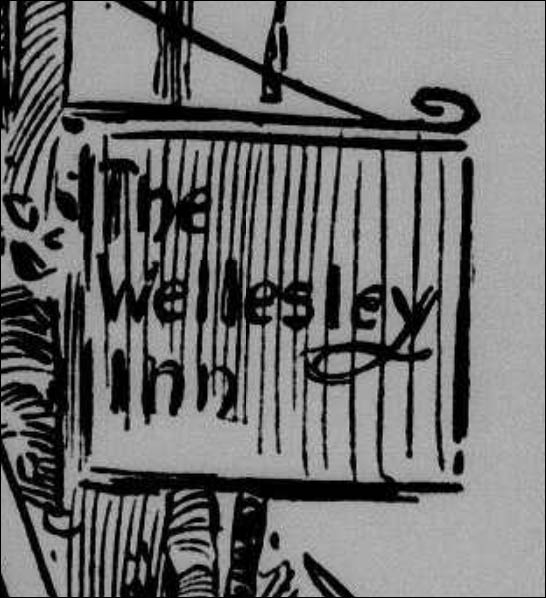 Drawing of the Wellesley Inn logo shown in the December 13, 1903, Boston Post 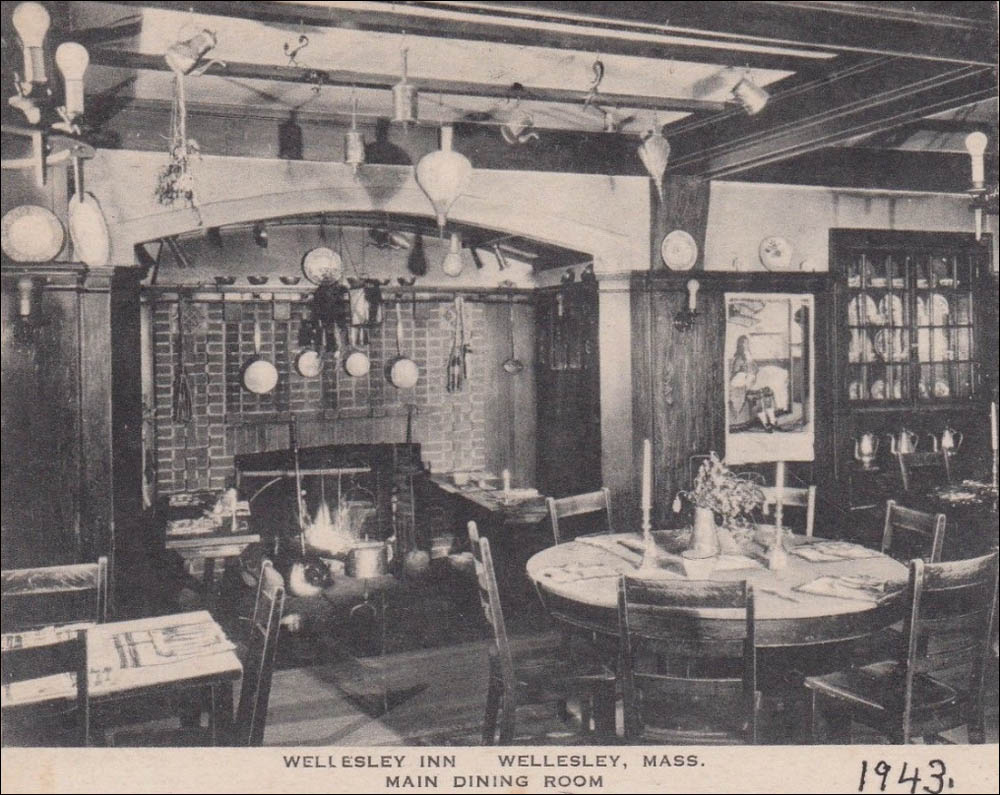 The Main Dining Room at the Wellesley Inn 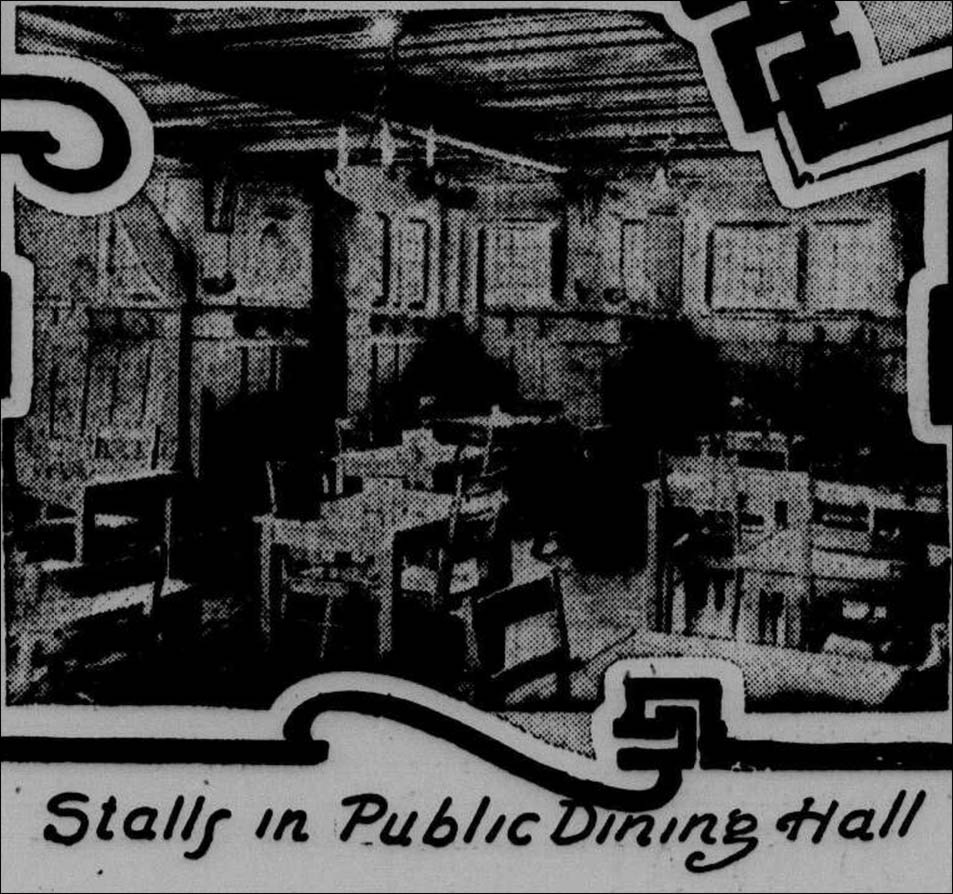 1903 Photograph of the Public Dining Hall at the Wellesley Inn 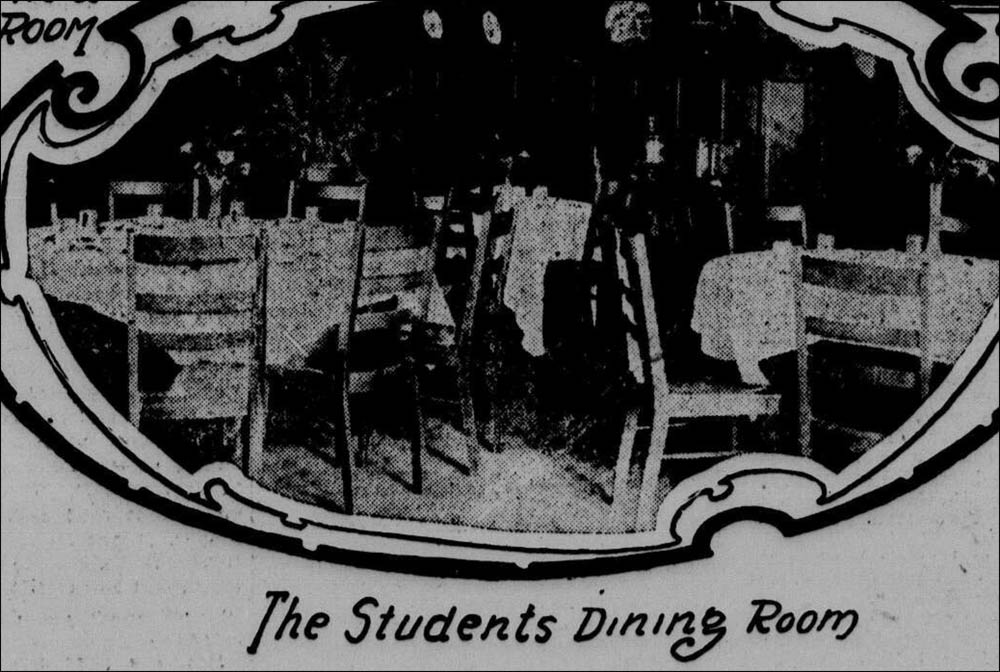 Notes: In the fall of 1897, two Wellesley College graduates opened the Wellesley Tea Room on Washington Street. It became so popular that they needed larger quarters.  The Wellesley Tea Room Corporation was formed and purchased property that contained a house that was originally built in 1860. In 1901, the Wellesley Tea Room Corporation rebuilt it as a two and one half-story clapboard inn.  Part of the second floor and one dining room was used as a dorm for twenty Wellesley students. The rest of the inn was open to the public with several dining rooms and hotel bedrooms. In December 1903, a wing with the new Dutch Dining Room that featured a recessed brick fireplace opened. In 1965, a large new annex section was added.

Maddock made Lamberton China crested with a green transfer illustration of a sign board hanging from a wrought iron bracket. "The Wellesley Inn" is on the sign board. There are two green pin lines near the rim on some pieces and flanking the crest on other shapes. Mitchell, Woodbury Company, of Boston, was the distributor.