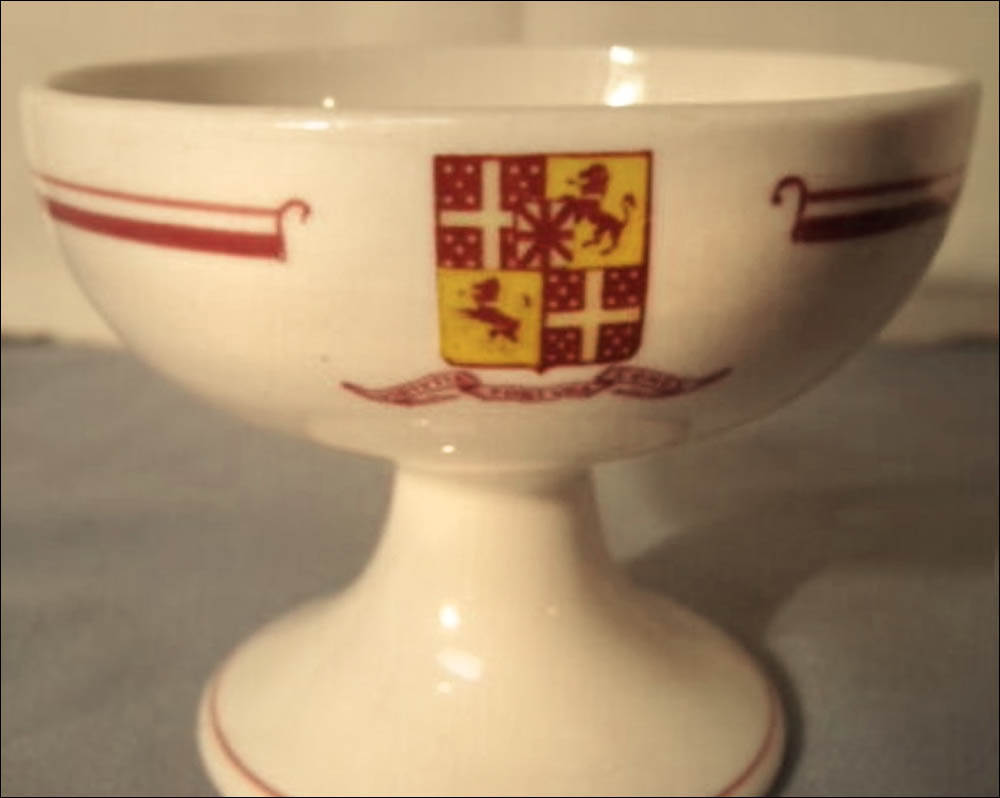 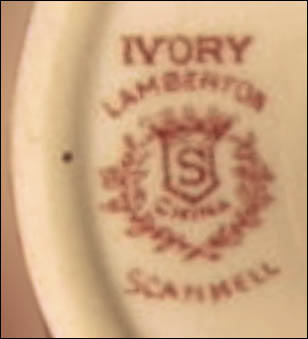 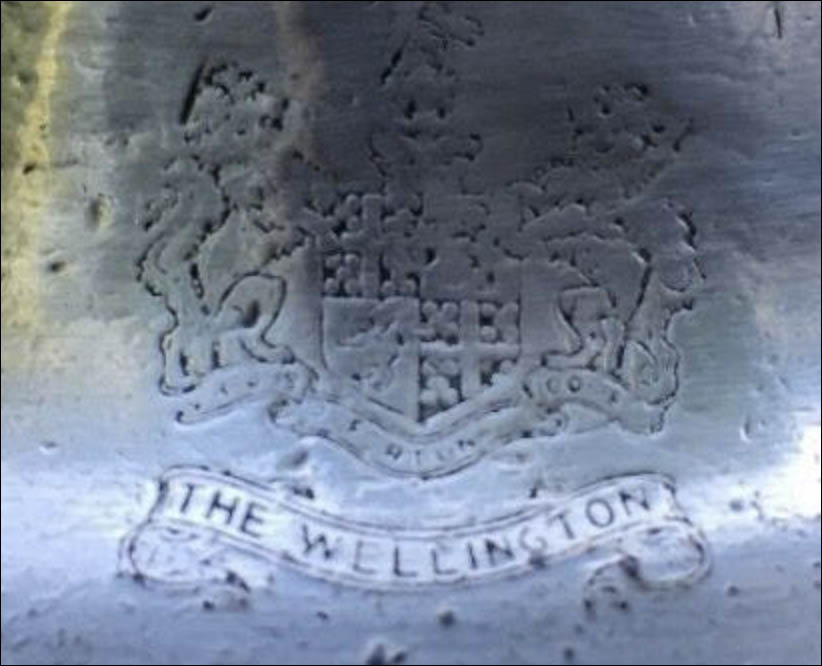 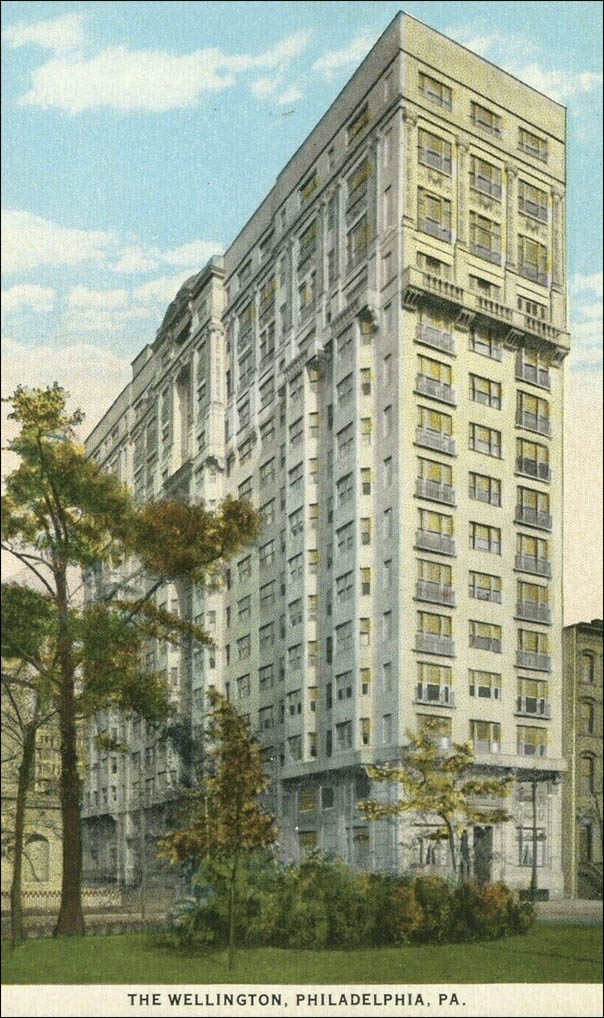 Notes: The 15-story, 300-room Wellington, at 19th & Walnut Streets in Philadelphia, Pennsylvania, opened around 1925. Around 1943, it became a Sheraton hotel and was renamed The Sheraton Philadelphia. By 2020, it had been converted into apartments.

Scammell made a Lamberton China service for the Wellington on Ivory body china. The four-part shield crest is in red and yellow.  The three-section banner below contains "Virtutis" "Fortuna" "Comes." (Fortune is the companion of valor – the motto of the Duke of Wellington).  A more elaborate version of this crest was used on International Silver teapots that are bottom marked "The Wellington Phila. PA."  A red line and pin line flank the crest.