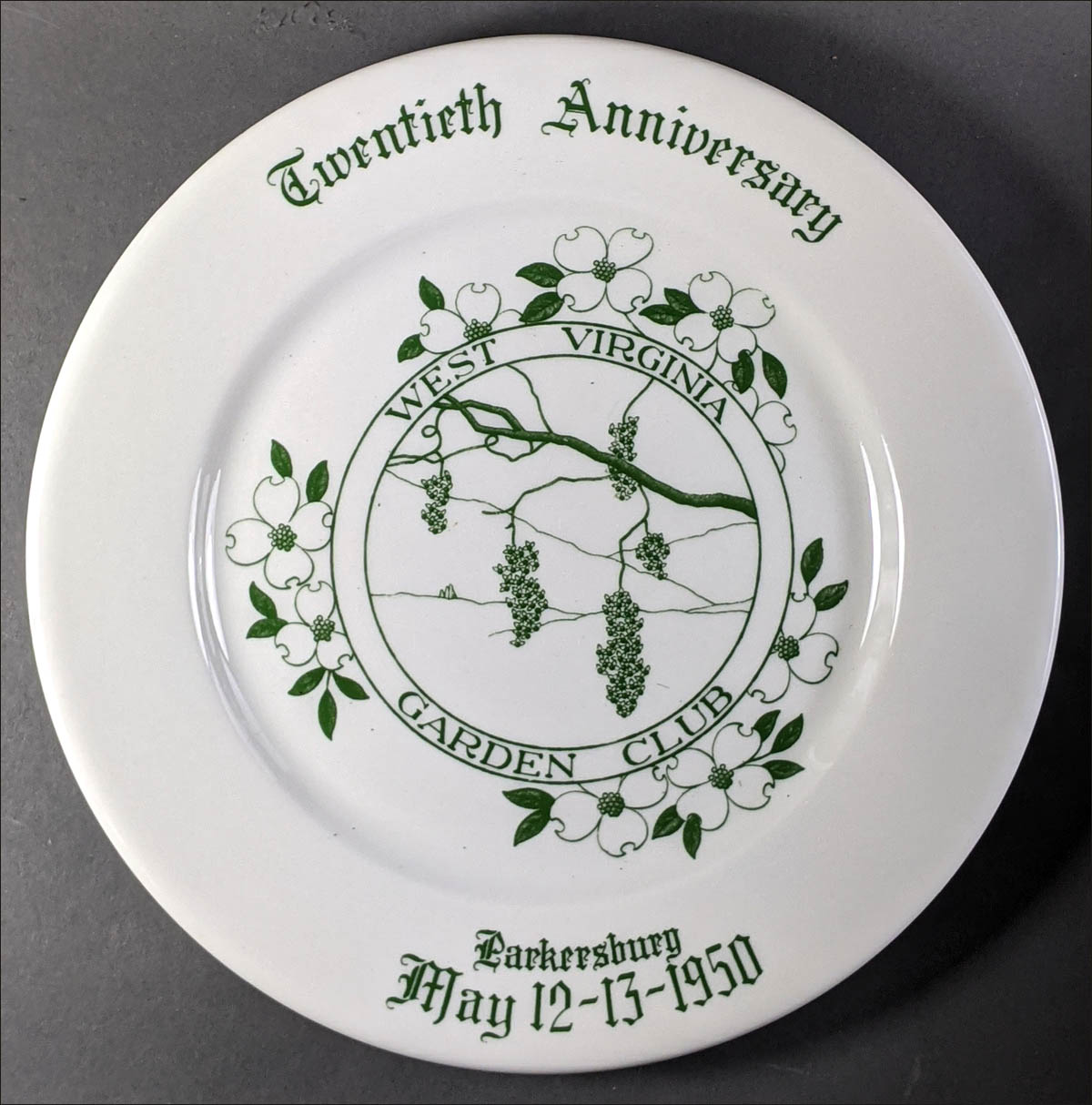 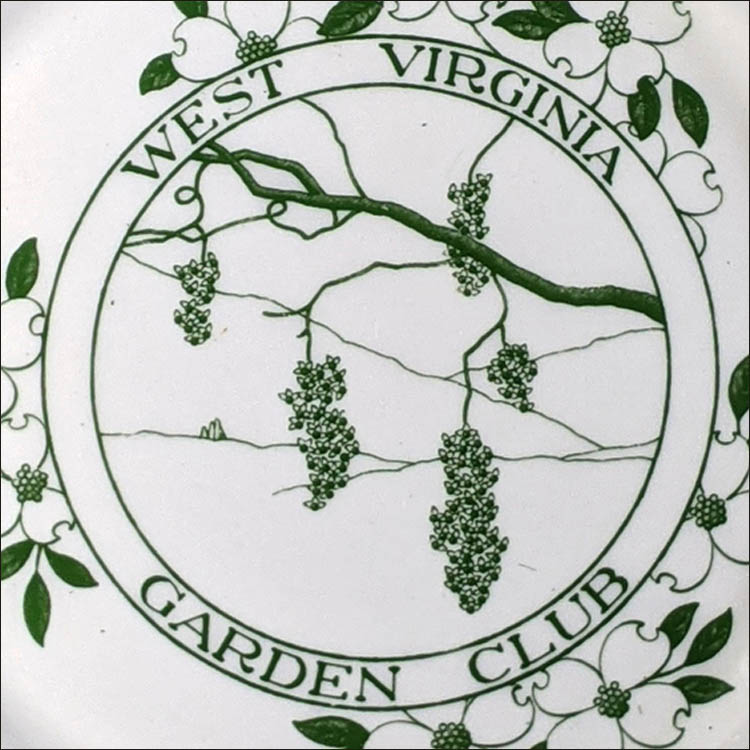 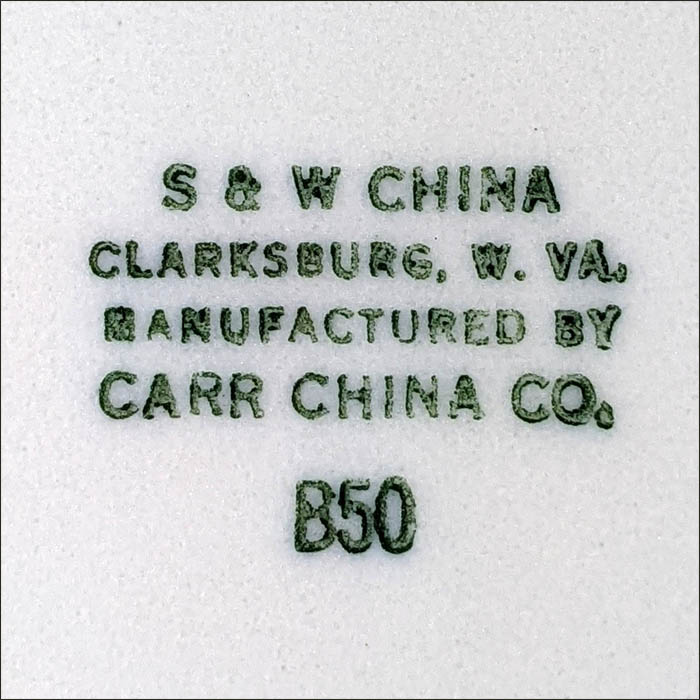 Notes: The garden club is an umbrella for a number of smaller clubs across the state and is still active today, with an annual convention. This plate would have been produced for the club's 25th anniversary and its annual convention held that year – 1950 – in Parkersburg. See website.
Carr China did several commemorative plates but most were historical.

ID and photos contributed by Ed Phillips and carrchinacompany.com