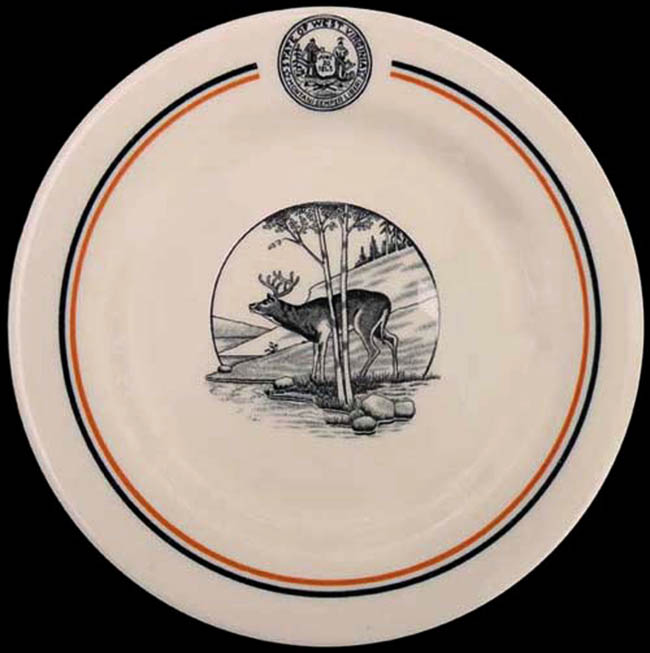 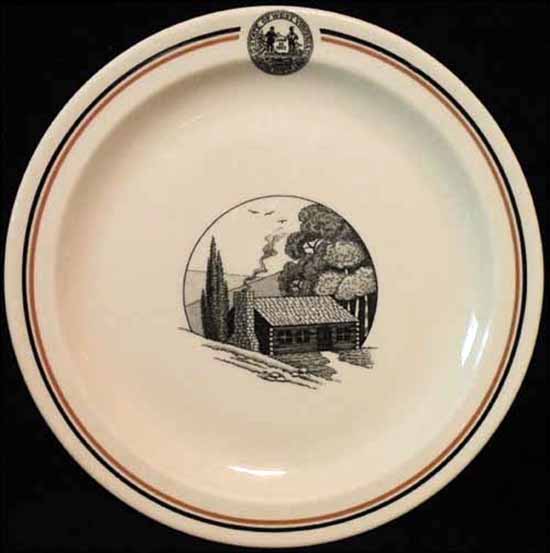 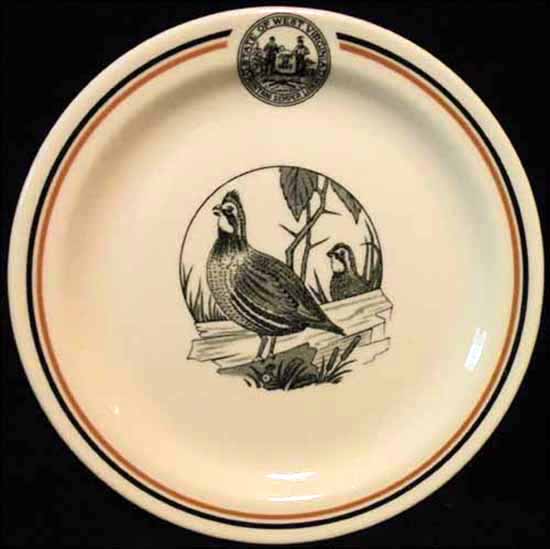 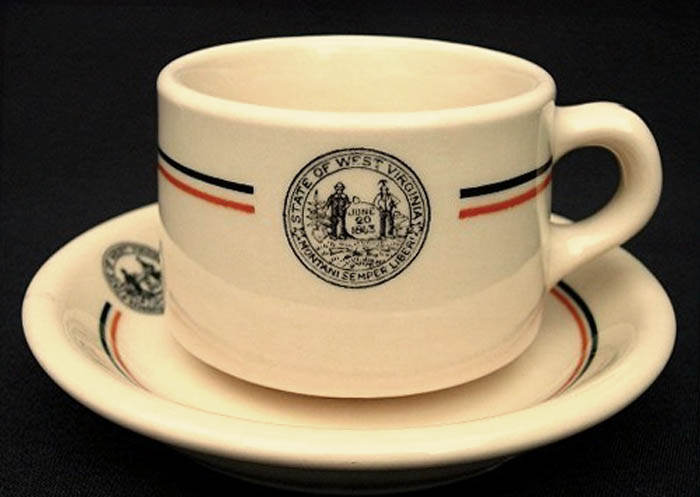 Notes: Sets of china with the West Virginia state seal were ordered from Carr China and McNicol China to stock the cabins in the state parks. Certain pieces also included a log cabin, deer or quail. (Homer Laughlin also supplied this china after Carr and McNicol closed.)

Tan bodied ware (Glo-Tan, Carr; Roloc, McNicol) has the circular State of West Virginia seal on the border, in black, with two lines in black and rust. Depending on the piece, a central design in shades of black will feature quail, a moutain scene with log cabin, or deer.