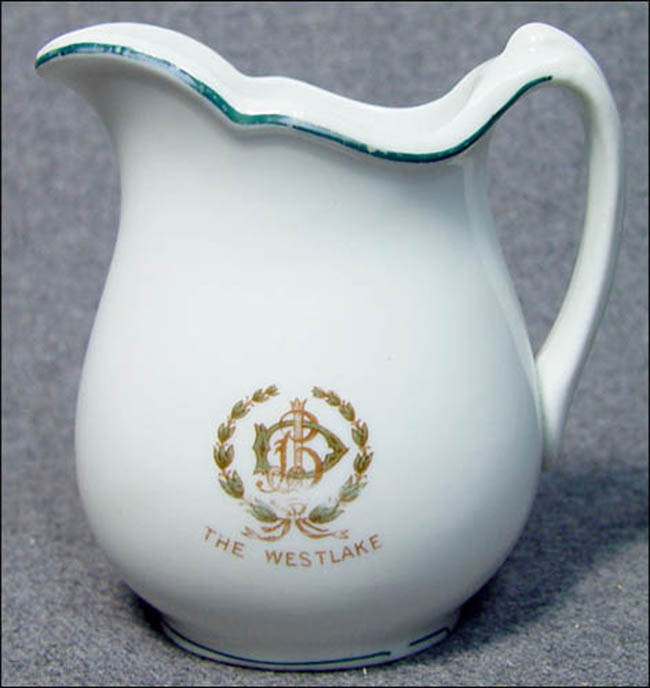 Notes: There is little information available for The Westlake, but as the newspaper clipping below indicates, the hotel would have opened in 1897 and, according to historian Larry Paul, was last listed in Hotel Red Books in 1930.

From the Sept. 3, 1905, Los Angeles Herald (courtesy of the California Digital Newspaper Collection): "One of the most select and most beautifully located family hotels in Los Angeles is The Westlake, at 720 Westlake Avenue, one block from the charming Westlake park, and only twelve minutes from the heart of the city. It is located in a delightful district and may be reached by street cars from all of the depots.

"J. B. Duke is proprietor of this elegant hostelry, established eight years ago, and during his incumbency of the responsible position he now holds he has given abundant evidence of the fact that he is a thorough hotel man in all departments of the business. His house enjoys a fine patronage from the best classes of people, who are enthusiastic in their expressions of gratitude for the utmost consideration shown them by Mine Host Duke and his clever manager, Bernard Bryant, who is an experienced hotel man.

"The Westlake hotel has recently been newly furnished and otherwise vastly improved, making it the leading family hotel In this city of hotels. A pleasant sun parlor, 20×40 feet, has just been added. All of the rooms are outside rooms, of which there are forty-five. Its patrons enjoy the privilege of the private bath. The structure, elegant in design and finish, is three stories high and 75×150 feet in dimensions. Its rates are from $15 to $25 per week: special rates to families by the month.

"The location of The Westlake, its attractive surroundings, its convenience to points of special Interest, its elegantly furnished apartments, its unexcelled fare, the obliging watchfulness and courteous attention of the management all combine to make it the most popular family hotel in the city."

The creamer's design includes a monogram of the initials JBD within a wreath and tied with a ribbon, and below: THE WESTLAKE. The initials stand for owner J.B. Duke. By 1909 the hotel had a new owner/operator, R.D. Murray, so this would ostensibly limit the date range of manufacture from 1897, when the hotel opened, to 1908, the last year when Duke was owner.