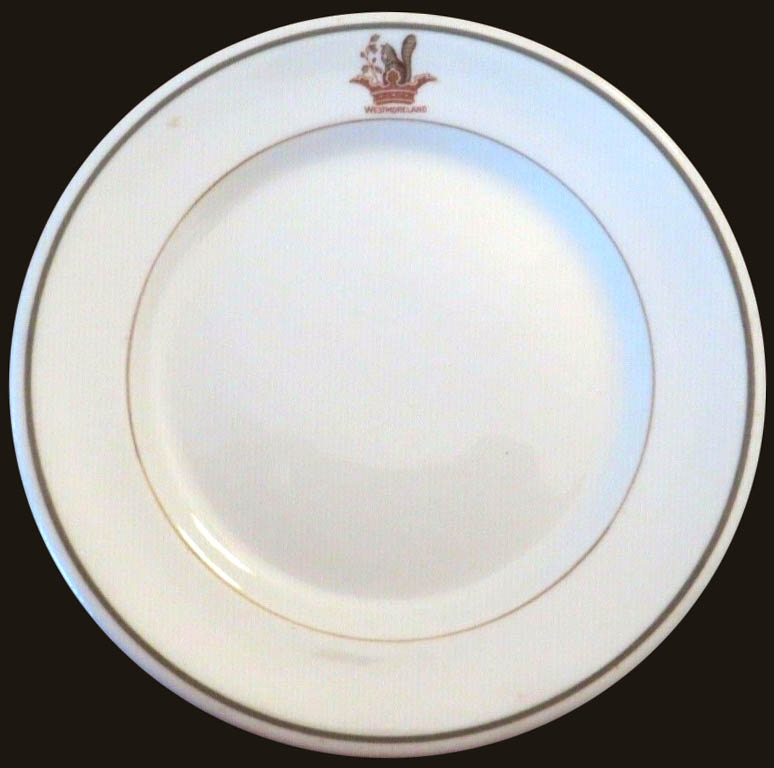 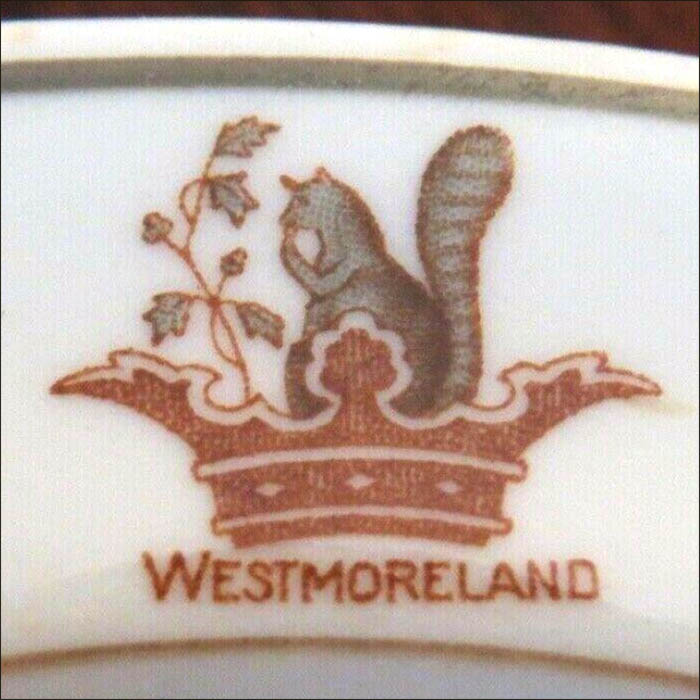 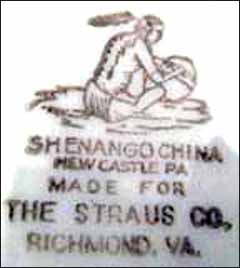 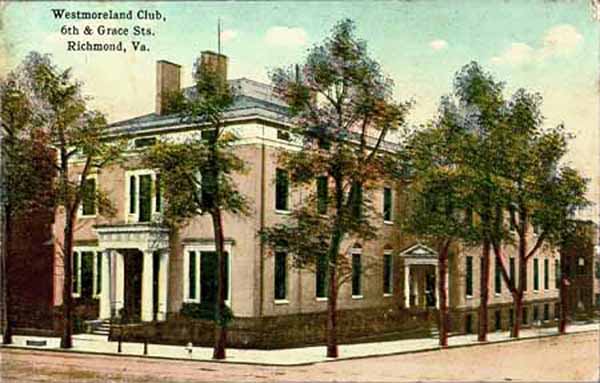 Notes: Robert E. Lee was born in Westmoreland County, VA and the squirrel is part of his crest. According to the Virginia Commonwealth University archives, the Westmoreland Club, located at Sixth & Grace Street, Richmond, VA, was "one of the oldest and most exclusive in the South," limiting his membership to 450 resident and 250 non-resident members."