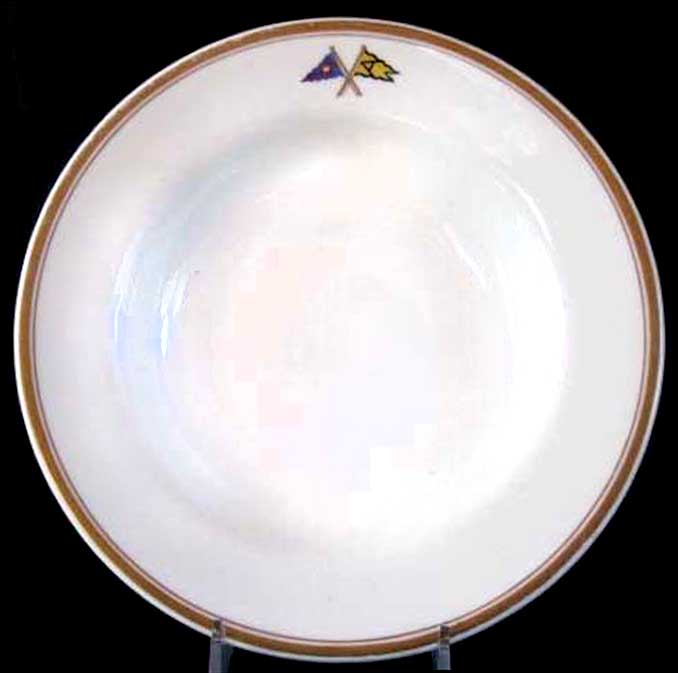 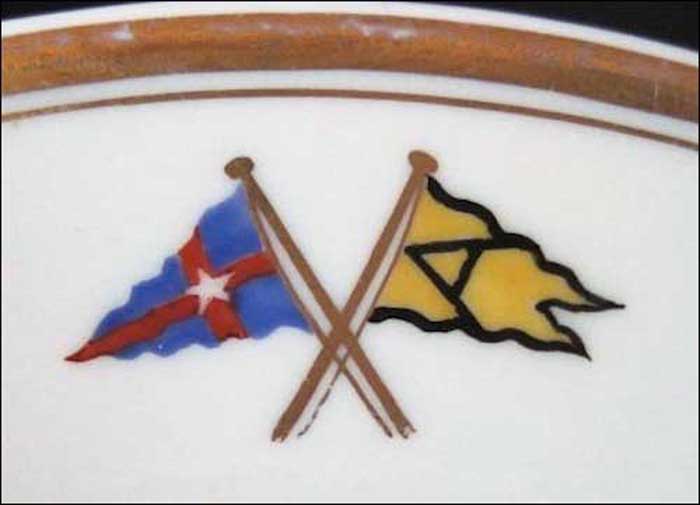 Notes: This bowl belonged to Arthur E. Wheeler, a Wall Street banker who lived in New York City. The flag on the right was his personal signal flag; the flag on the left was the burgee for the New York Yacht Club, of which he was a member.

The china service might have been used on his boat, which, according to Lloyd's Registry of American Yachts, was the 97-foot Bienestar.

However, according to the Acania website, the Wheeler flag could also have been used at a later time on one of the two diesel yachts that Wheeler had built, Acania I and Acania II. (There is an interesting anecdote that the one of the Acania might have been ordered for, and silently owned by, Al Capone.)