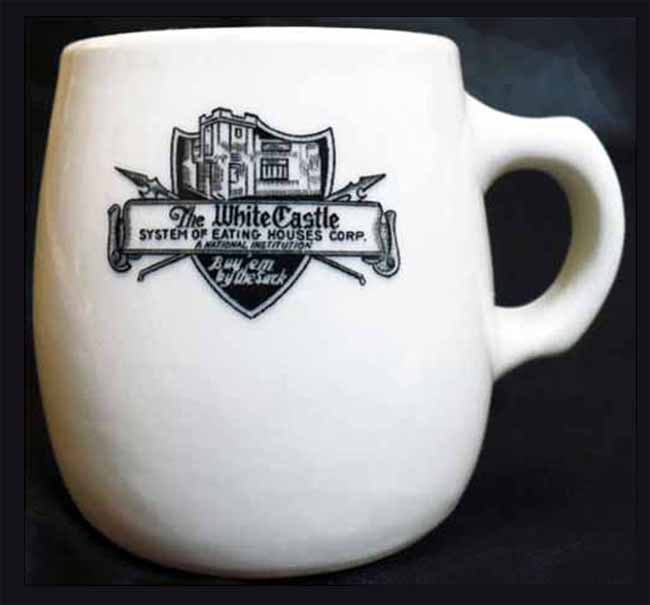 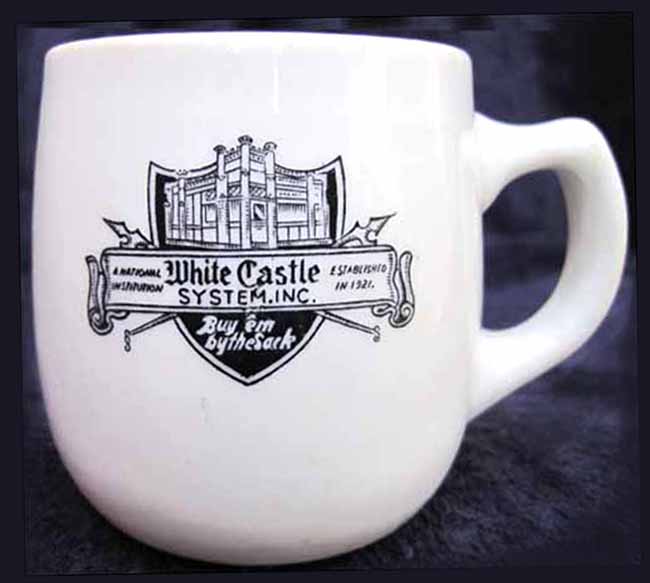 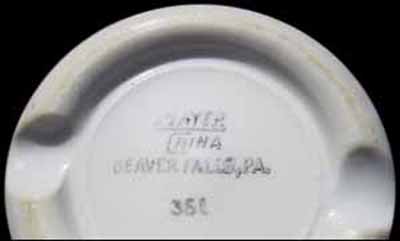 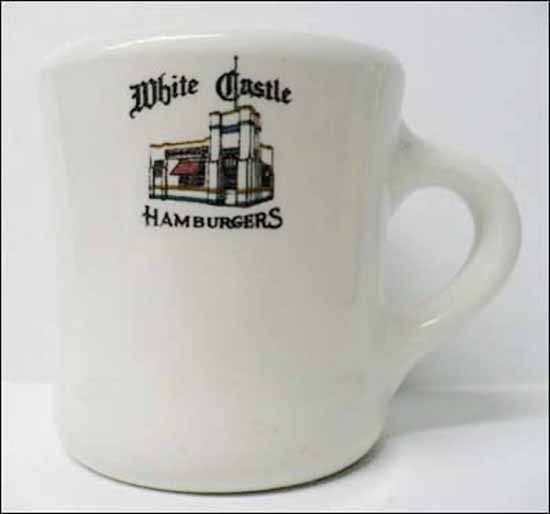 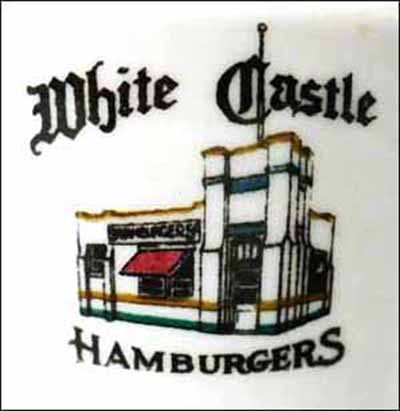 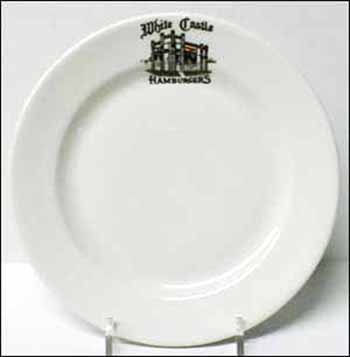 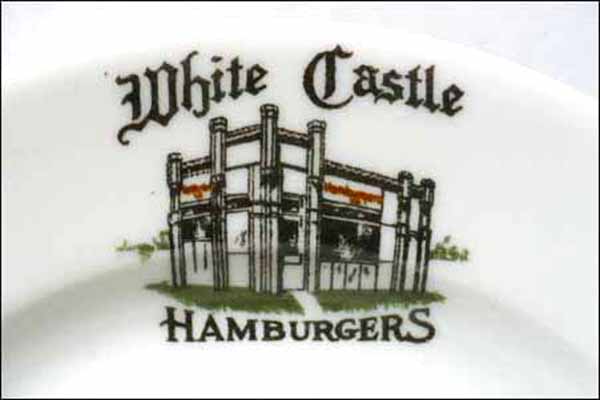 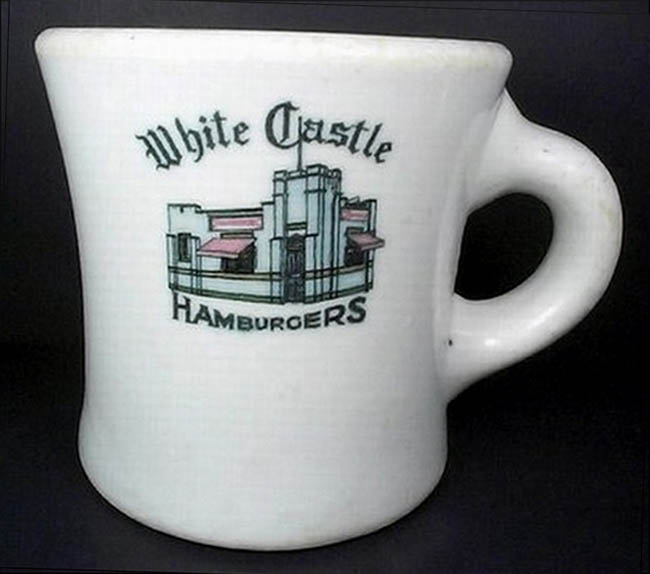 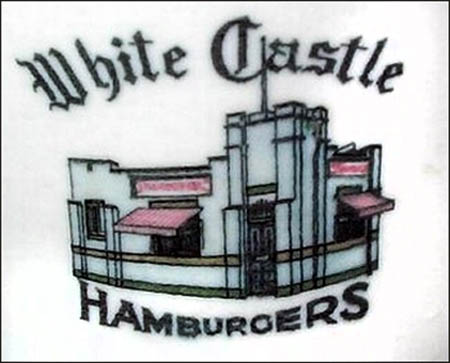 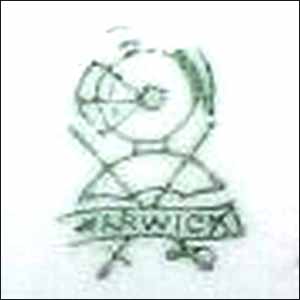 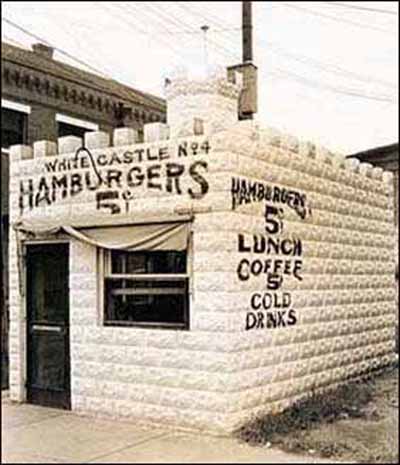 Notes: According to the White Castle website: "… in 1921 with $700 of borrowed money, the first White Castle opens in Wichita, Kansas, offering hamburgers at the unbelievable price of $.05 a piece." The company celebrated its 90th birthday on March 10, 2011 at more than 400 restaurants in 11 states.

Mayer: White body with black logo of crest with building and banner. The banner reads, "A National Institution" and "Established In 1921." Under the banner it reads, "Buy 'em by the Sack."

McNicol: White body topmarked with multi-colored, exterior illustration of the White Castle venue; as shown below, the circa 1914-1931 topmark has three colors, while the circa 1930s topmark has only two colors.