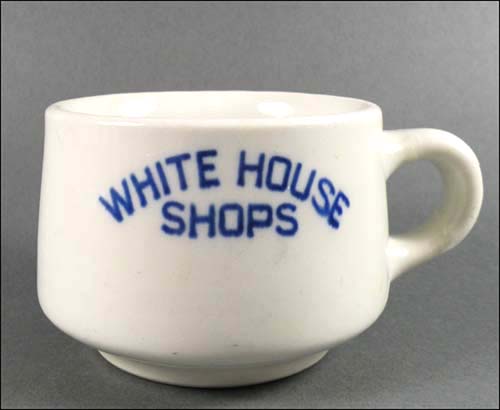 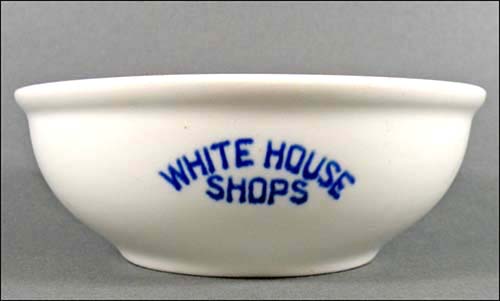 Notes: According to the Louisville, Ky., website, "Herman A. Parris began his Louisville, Kentucky chain of White House Shops restaurants in the late 1930s. Parris eventually operated five restaurants, including locations in the Highlands, across from Bowman Field, in the Cherokee Triangle area, and downtown at 4th and Oak Streets.

"In 1956, Herman A. Parris opened his Hap's White House restaurant in the Douglass Loop in a small stone-faced building facing Bardstown Road that had formerly housed a Dairy Freeze. Reflecting trends in the restaurant industry, Parris changed the name of his restaurants to Hap's Big Burger Drive-In in 1959."

The restaurant's china is plain white and devoid of decoration except for the words WHITE HOUSE SHOPS in a sans serif font in royal blue.