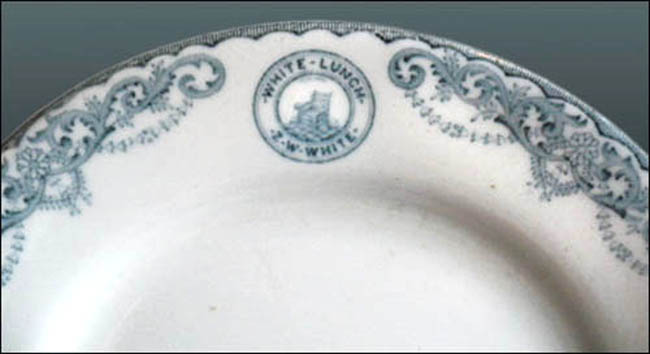 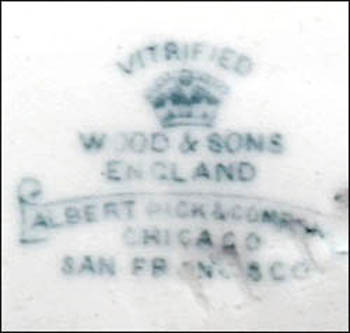 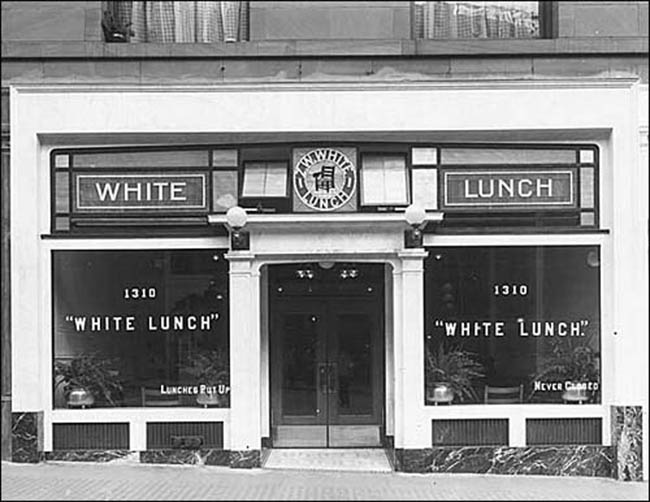 Notes: White Lunch System was founded by Z. W. White in both San Francisco and Seattle on Feb. 10, 1910, according to a lengthy story in the Sept. 6, 1922, issue of the San Francisco Bulletin.

Headquarters for the chain was located in the White Building, 122 Kearny St., San Francisco, per an ad in the May 10, 1922, Oakland Tribune that advertised White Lunch System stock for sale. By that time, the chain comprised 22 restaurants up the Pacific Coast, with 14 in San Francisco, five in Seattle, one in Tacoma, one in Portland and one in Oakland.

Effective Sept. 1, 1922, again from the Bulletin story, the company was reorganized into a new company by the same name that included men and their companies very well known in the world of lunch systems. White was president of the new corporation, but others involved as officers and members of the board included Frank Davenport, president of Davenport Lunch System; H. S. Kelsey, founder of the Waldorf System; L. S. Foster of Boston, president of Foster Lunch; and S. L. Bickford, owner of Bickford Lunch System.

From a collection called "Foster's and Bickford's diners and bakeries" in the Bancroft Library of the University of California, Berkeley, are notes that "Samuel L. Bickford, of New York-based Bickford's, along with other investors, purchased the White Lunch System (a Pacific coast restaurant chain) in 1924. They renamed the company Foster Lunch System, for co-owner Lamont Foster. In 1932, the Foster chain became a subsidiary of Bickford's, Inc."

The last seems to contradict the penultimate paragraph in referring to White Lunch System as a Pacific coast chain since by that time it would have been a national chain, unless each company kept its individual identity after the 1922 reorganization.

The plate has a narrow scalloped pattern on the rim and inside the border an elaborate design of scrolls and bell flowers, interrupted by a circular logo of concentric circles with WHITE LUNCH (top) and Z.W. WHITE (below). Inside the circle is a wooden one-armed chair, symbolic of the "one-armed joints" that were "a characteristic feature of the 'quick lunch' type of eating place which became the popular choice for businessmen around the turn of the last century." All decorations are in teal blue. Click here to read more about one-arm joints.

ID and photos contributed by Kathleen