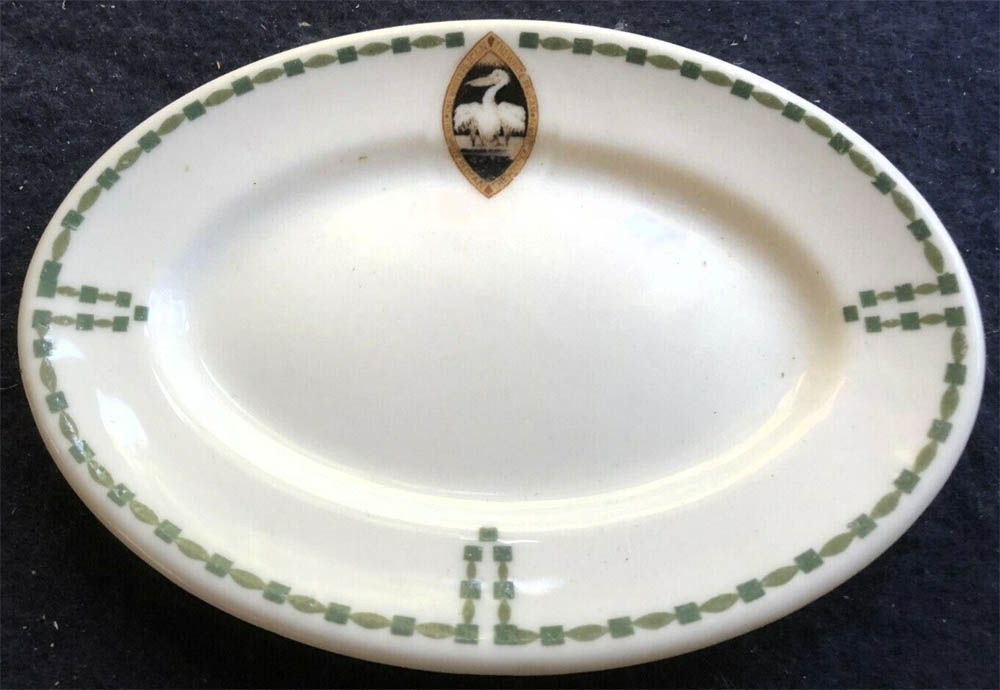 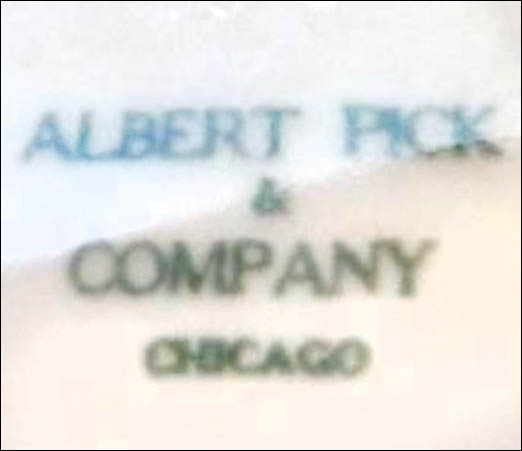 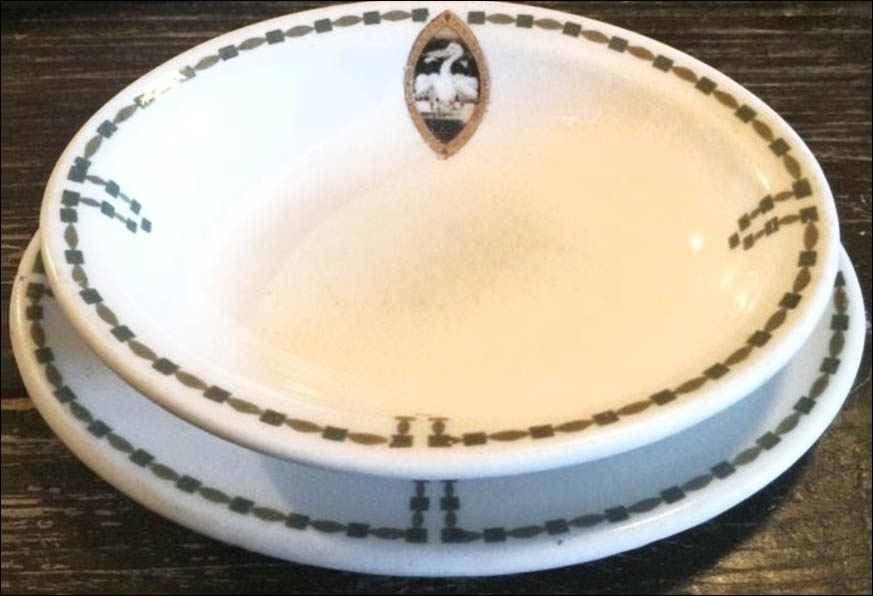 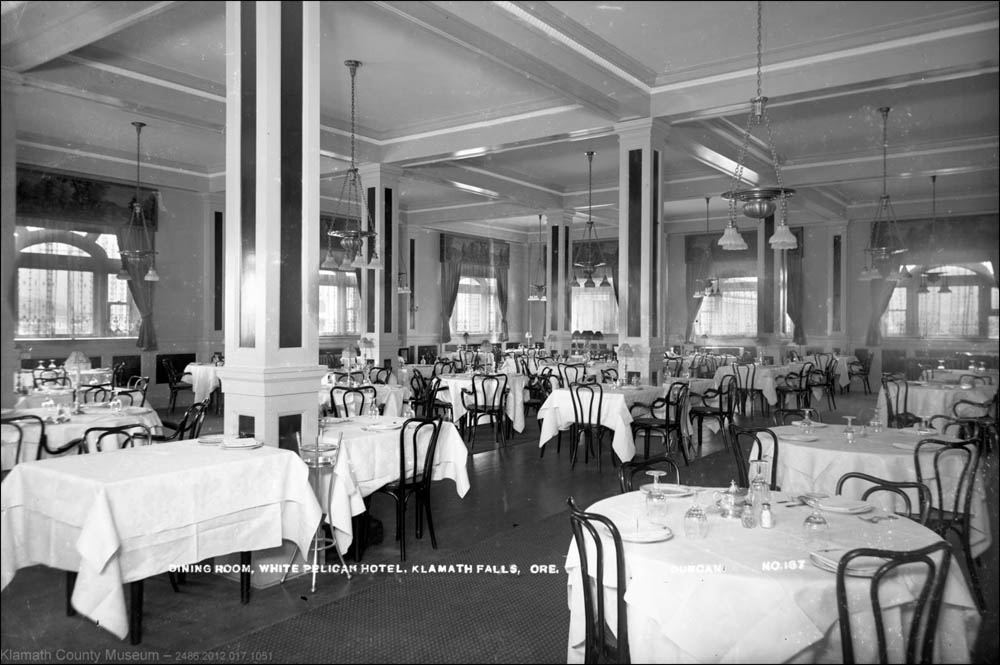 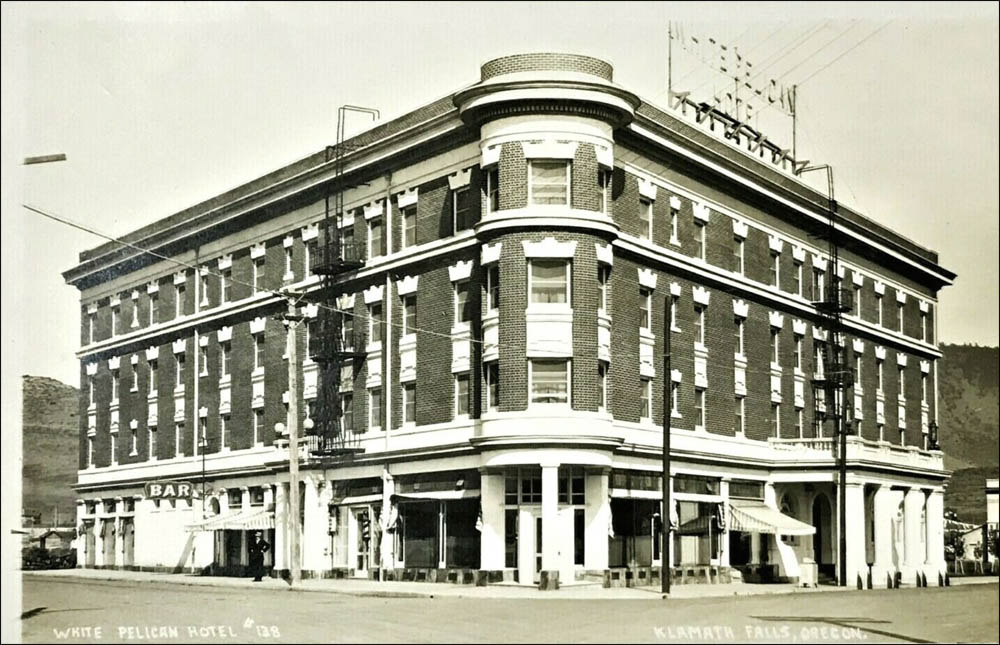 Notes: On December 2, 1911, the new four-story White Pelican Hotel, on the corner of Main and Esplande Streets in Klamath Falls,Oregon, opened. This $200,000 project by the Klamath Development Company contained 93 bedrooms and 31 baths. The 43' by 53' dining room and Dutch grill room were on the east end of the first floor. The bar had an entrance on Esplande Street. On October 16, 1926, a fire that started in the basement at 10 a.m., swept rapidly thru the building. At 1:25 p. m. the walls began to fall and the White Pelican Hotel was no more.

Maddock made china on American body ware that is crested with a vertical lozenge-shape decal frame. It contains an illustration of a white pelican, which is native to the Klamath area. The green decal border is shown in the Maddock pattern sample book as "#6060 Bellevue border." The china was supplied by Albert Pick & Company, of Chicago.