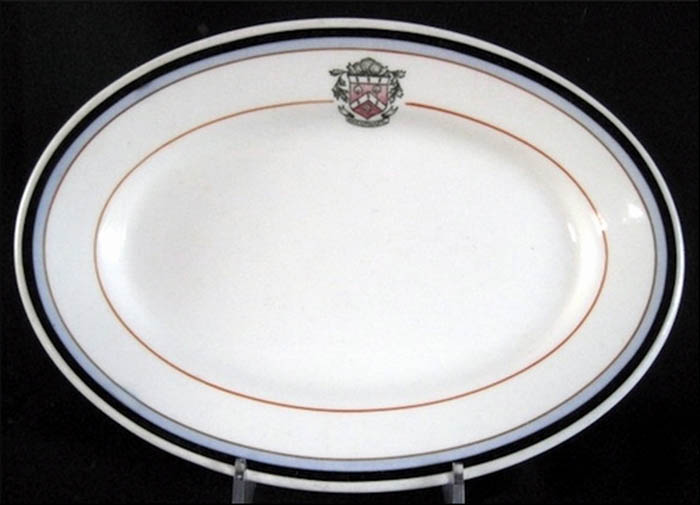 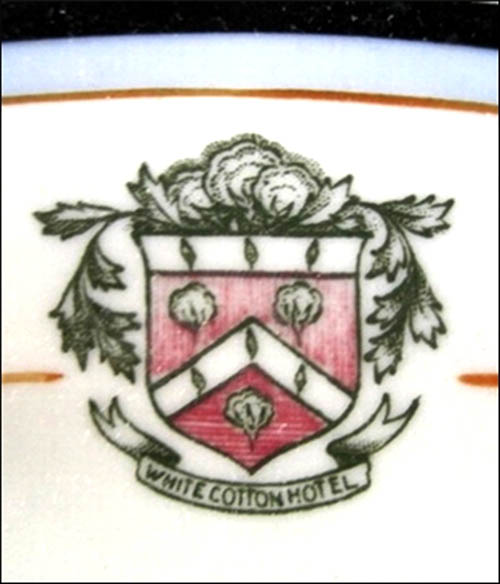 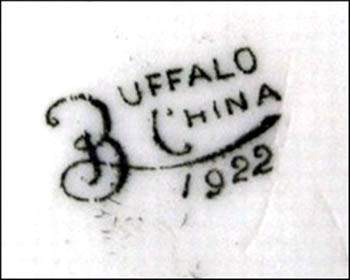 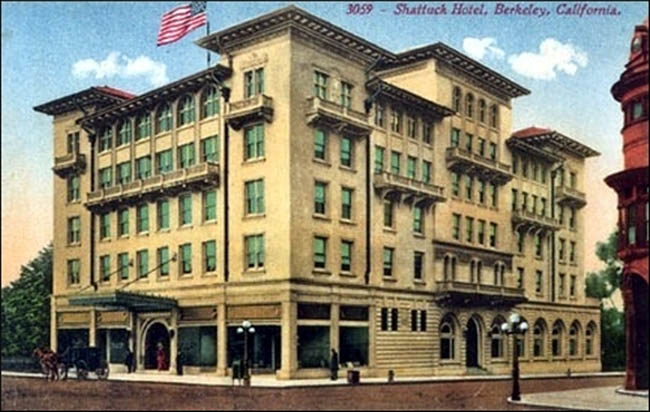 Notes: The Whitecotton Hotel was built as the Shattuck Hotel, Allston Way and Shattuck Avenue, Berkeley, California. The five-story hotel opened December 15, 1910. Built in a Spanish Renaissance style, the reinforced concrete structure soon became the city's finest hotel. In 1914, the addition was added, adding 120 guest rooms. It became one of the largest structures in the Bay Cities. By 1918, the hotel had 250 outside rooms and was managed by W. W. Whitecotton. It was listed in the 1943 Hotel Red Book as the Shattuck Hotel. Circa 2008, after a multimillion dollar renovation, the upscale boutique hotel became the Hotel Shattuck Plaza.

From circa 1918 – 1926, the hotel was owned by William (Wallace) Whitecotton, a former night clerk, and operated as the Whitecotton Hotel. Whitecotton also purchased the Hotel Lankershim in Los Angeles and moved there in 1919. "In 1926, he leased the Berkeley hotel to the newly formed Whitecotton Realty Company. Several months after his death in 1933, the company went into foreclosure. The bondholder reorganized under the name Shattuck Properties Corp., and in 1941 sold the hotel to Levi Strauss Realty Co., which leased it to Wallace and Joan Miller (of the Durant Hotel). The Millers renamed it the Shattuck Hotel and moved the entrance from Shattuck Avenue to Allston Way. As of this writing (July 2011), the Shattuck Plaza is ranked as Berkeley's top hotel by TripAdvisor."