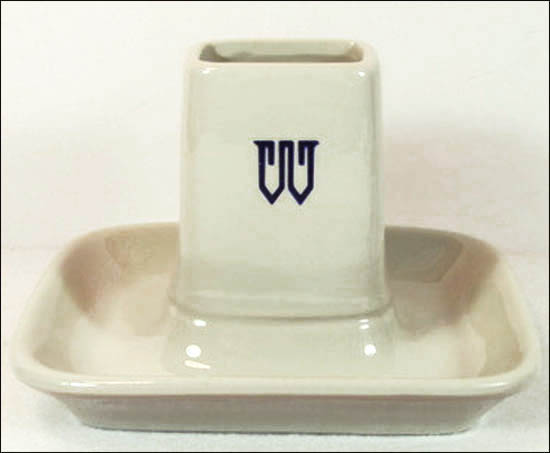 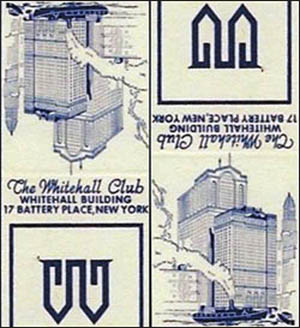 Notes: The Whitehall Club, located at 17 Battery Place in New York City, was founded in 1910 and occupied the top four floors of the Whitehall Building on the tip of Manhattan. It was composed of executives in the nautical shipping business. The 30th and 31st floors contained the club's four dining rooms, including a terrace overlooking the harbor. In 1995, due to reduced membership, the club filed for bankruptcy.

The crest on their china was the club's W logo, made up of straight and 90-degree strokes shaped to resemble a shield.

Scammell China Co. also produced china for the Whitehall Club prior to 1931.