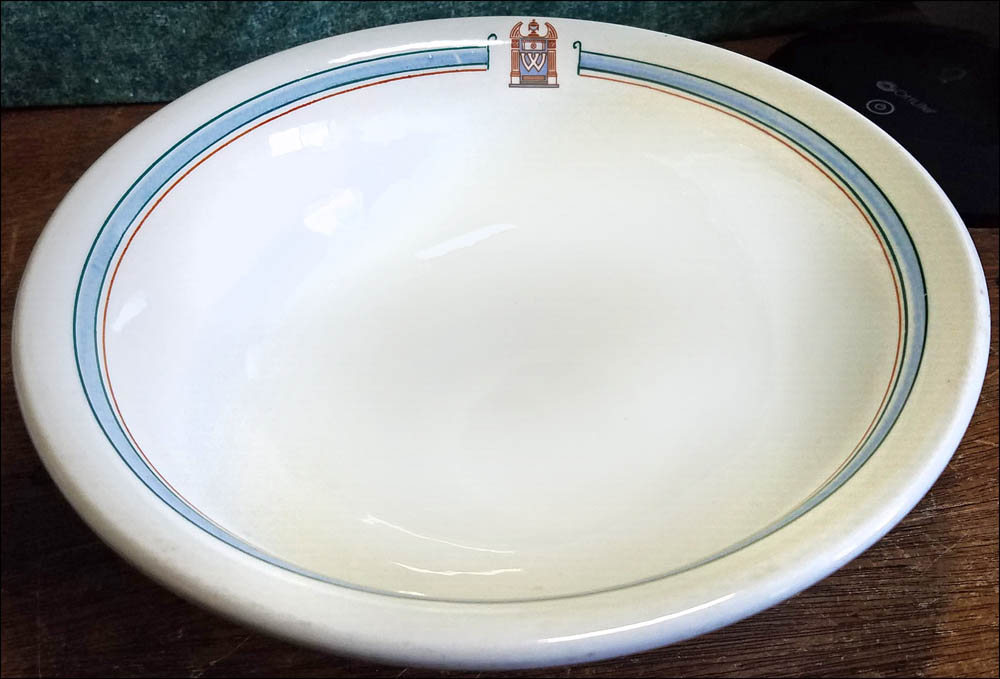 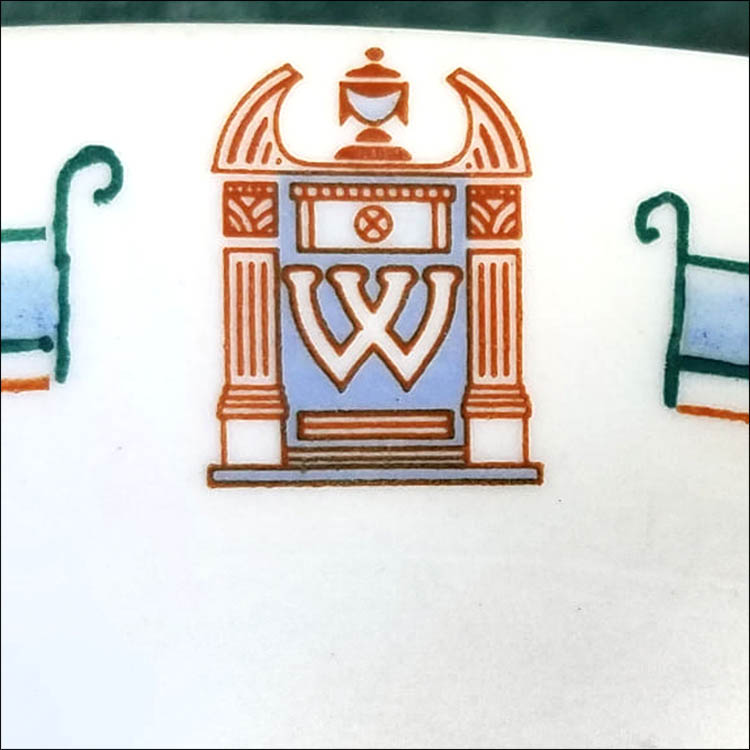 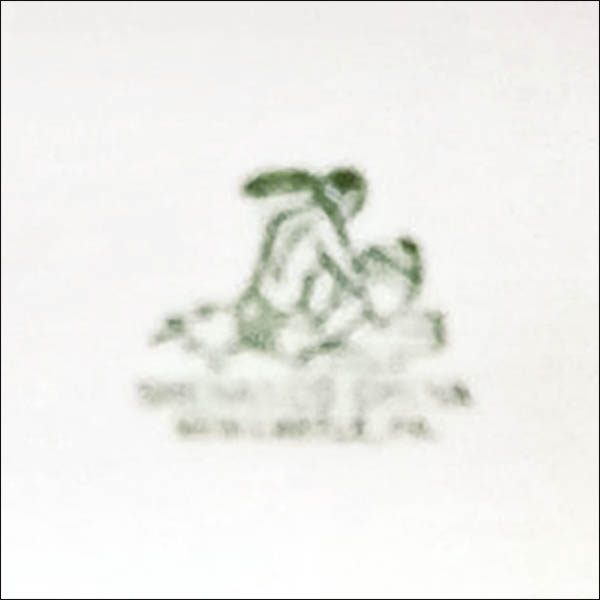 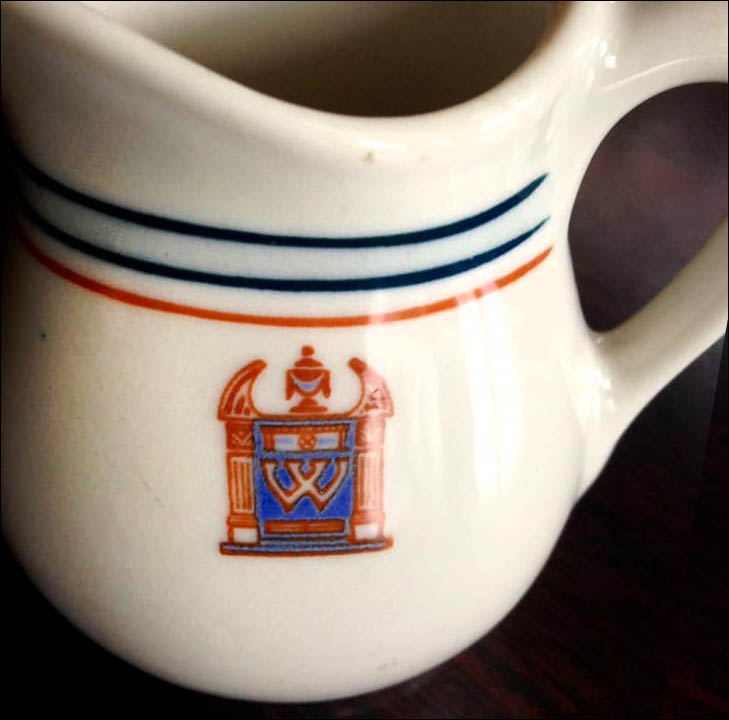 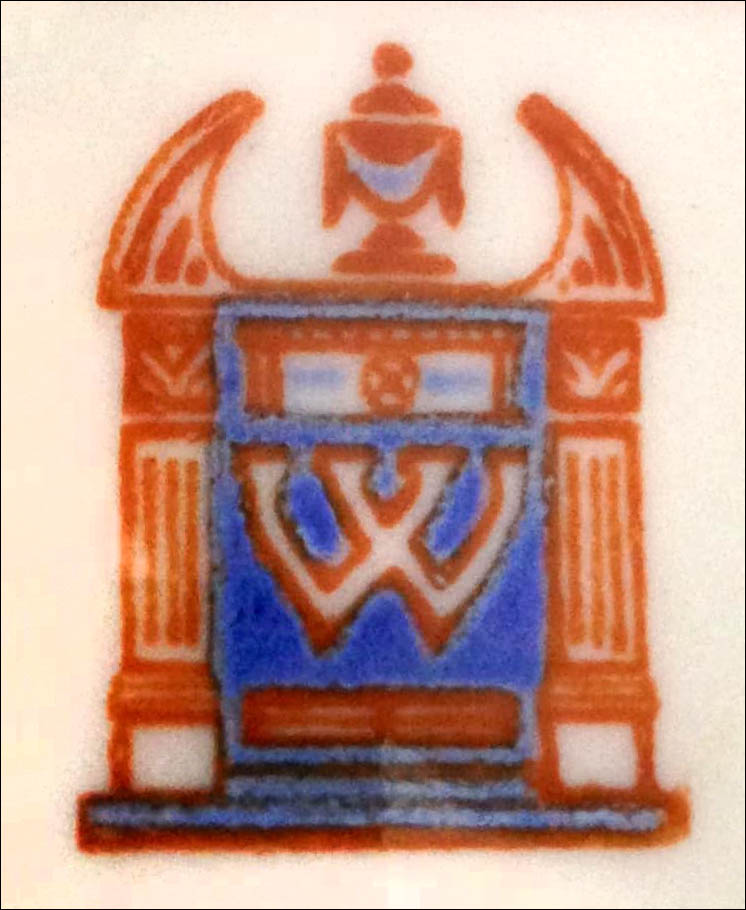 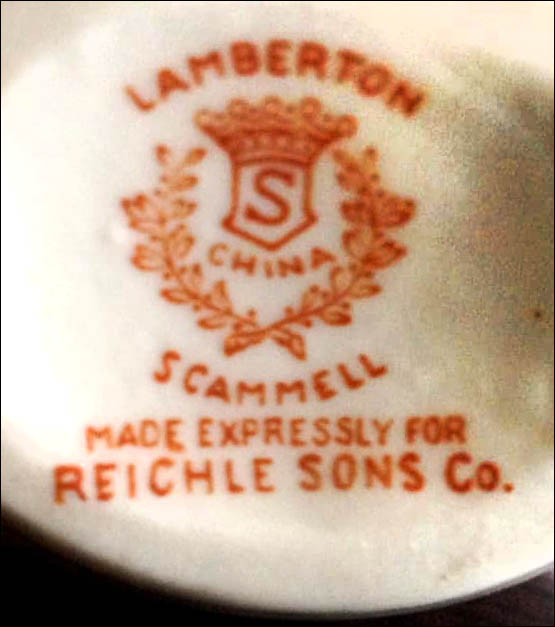 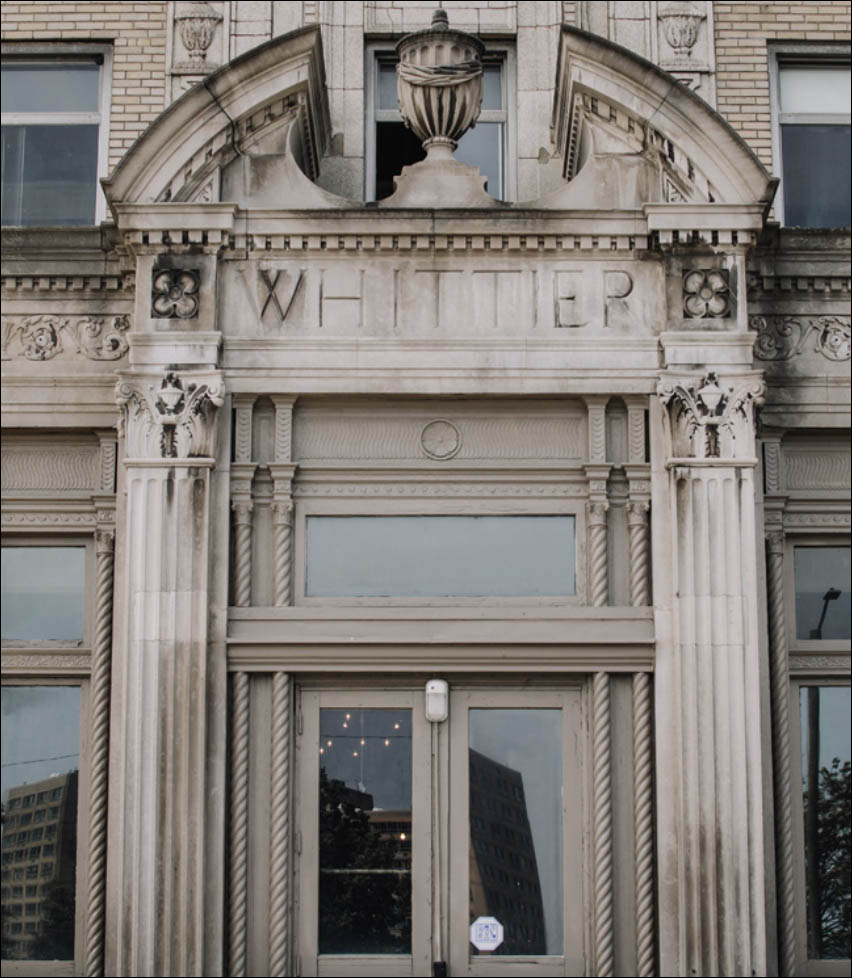 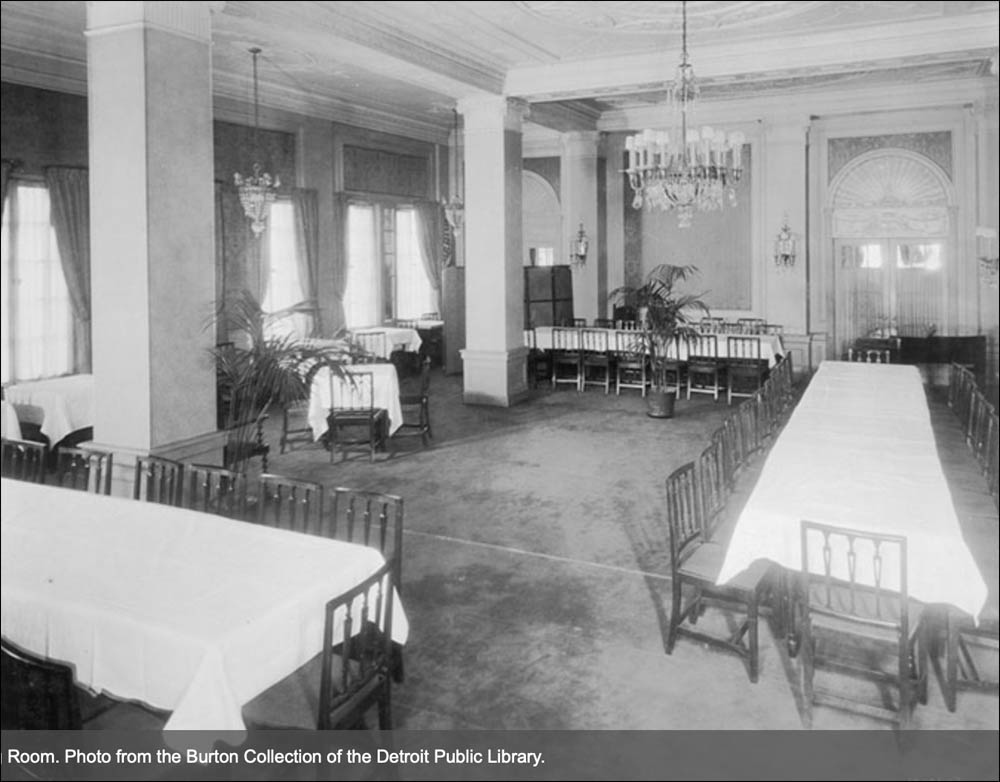 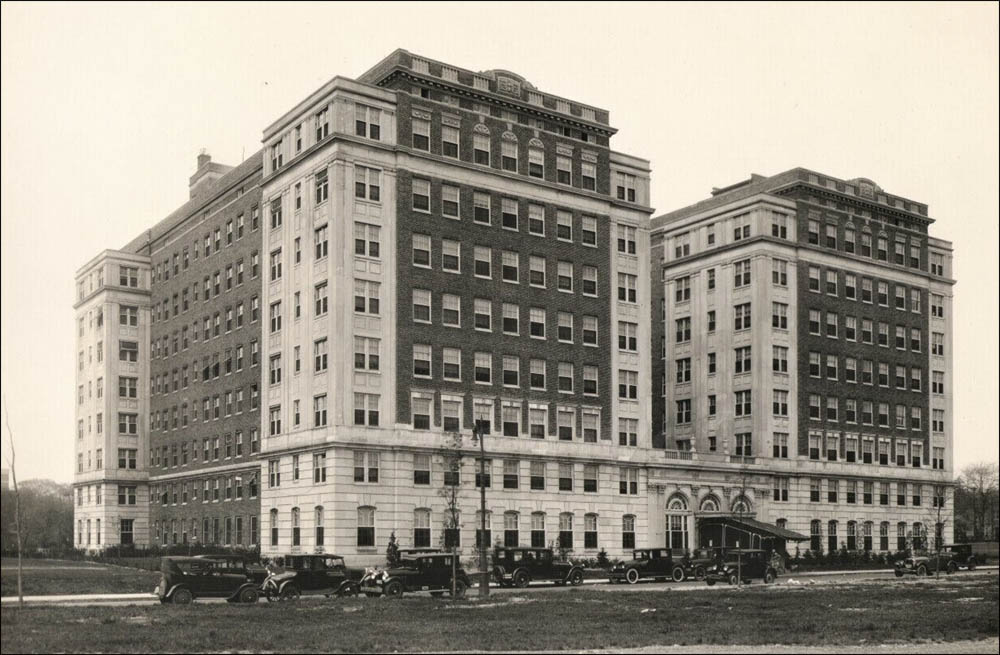 Scammell and Shenango made china that is crested with an ornate frame around an outlined "W." The frame is a stylized version of the entrance doors to the Whittier.  Blue and orange lines flank the logo, mid rim. On Scammell and early Shenango pieces there are green pin lines flanking the blue line. Later Shenango pieces do not have the green pin lines. Reichle Sons Co. supplied the Scammell Lamberton China. Shenango china contains back stamps with date codes as recent as 1967.