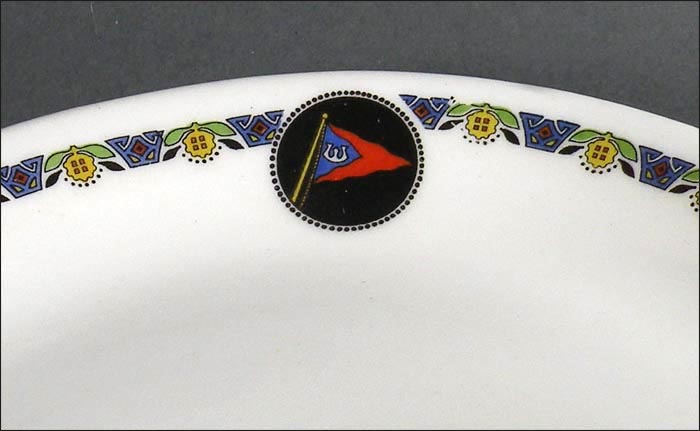 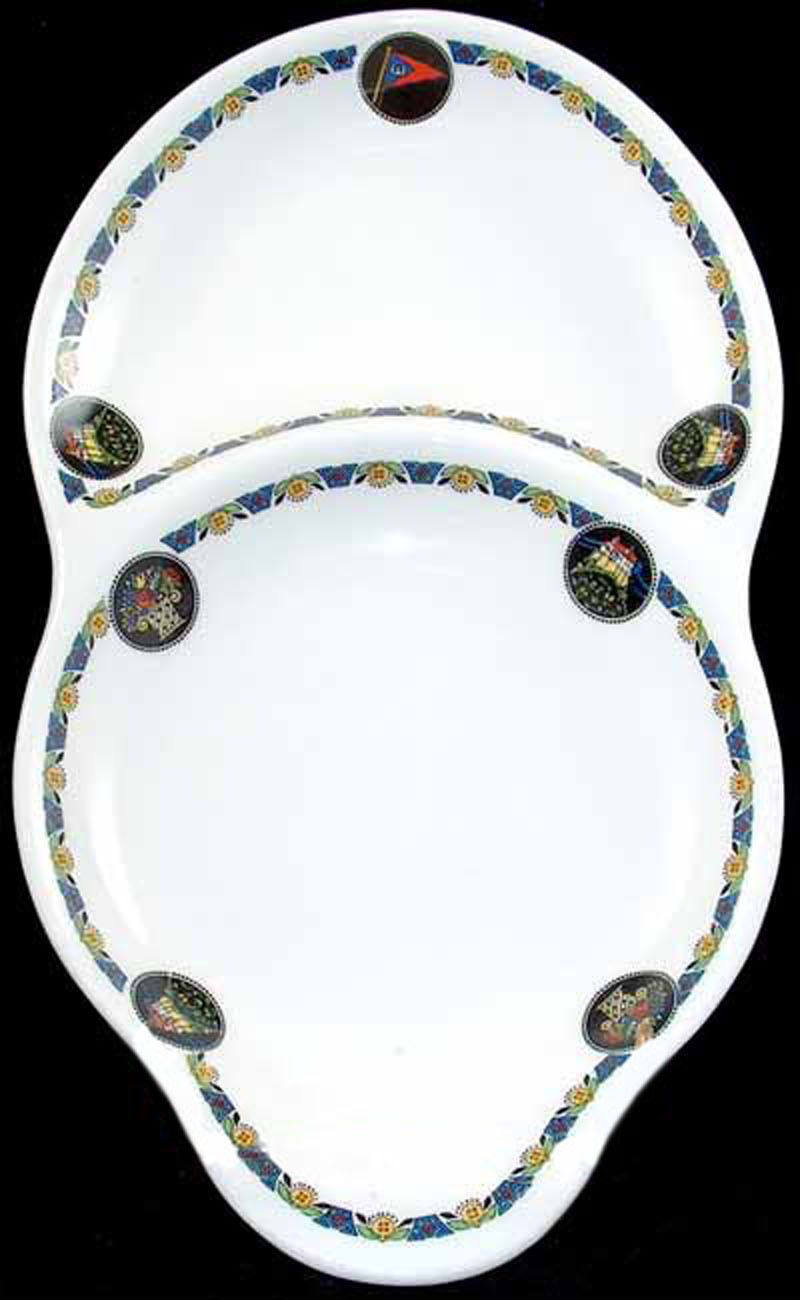 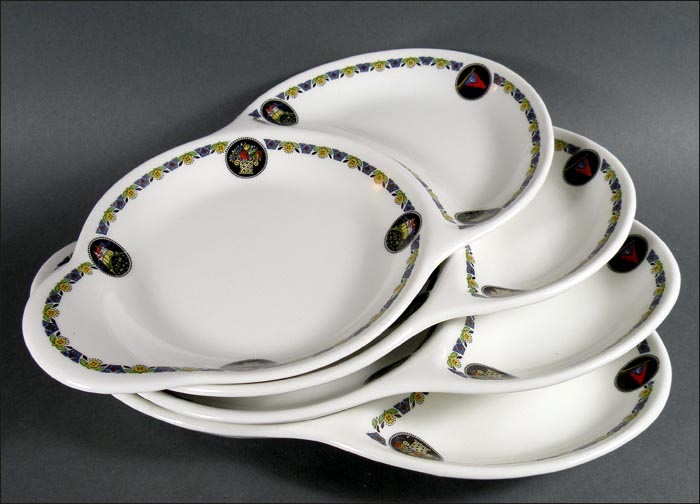 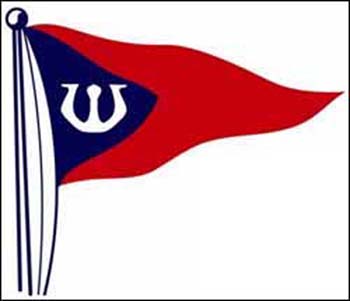 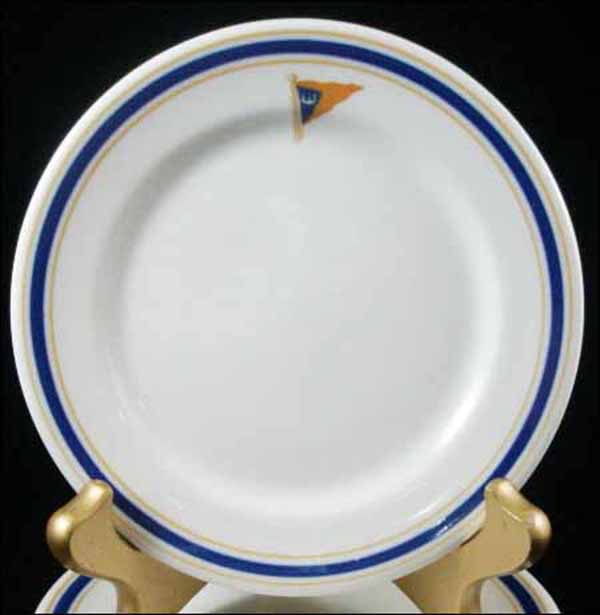 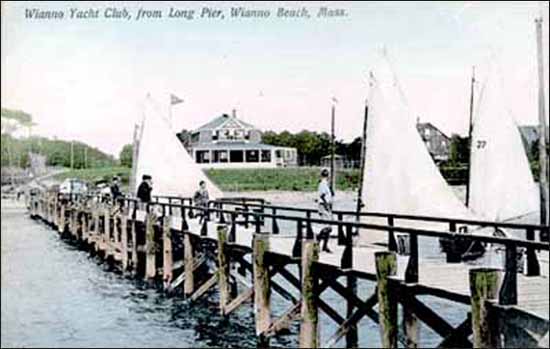 Notes: Originally located in Wianno Beach, Mass., and founded in 1875, the club today (2008) is located in Osterville ("one of the preppiest places in Massachusetts," according to the Urban Dictionary). In 1913 a group of its sailors commissioned more than a dozen racing sailboats from Horace Manley Crosby. This fabled design is known as the Wianno Senior, a 25-foot, gaff-rigged sloop.

President John Kennedy owned a Wianno, though apparently was not a club member. His brother, U.S. Sen. Ted Kennedy, has credited his survival during the ramming of his PT-109 because "of his learned early-life skills sailing and racing his Wianno, "Victura," in the stiff winds and choppy waters of Nantucket Sound," according to a story written by Paul Gauvin for The Barnstable Patriot. Click here for the Wianno Yacht Club website.

The backstamp for the unusual divided dish shows a 34 inside a diamond, for 1914. However the design is copyright 1916, hence the two-year variable. The Vernon pattern is a yellow, green, blue flowered border interrupted by circular medallions of baskets of flowers and the Wianno Yacht Club flag, which is red and blue with a white stylized W.

The plate, made much later, has an ivory body with navy blue and gold stripes. Flag is gold with a blue inner triangle and the W on the inside.