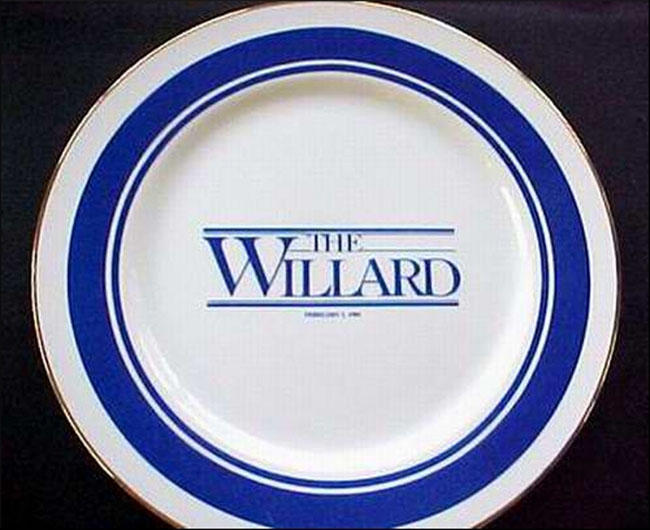 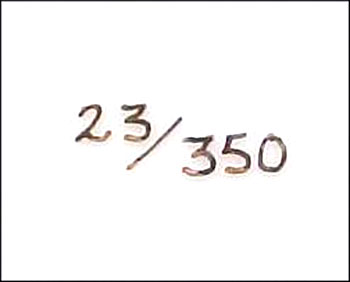 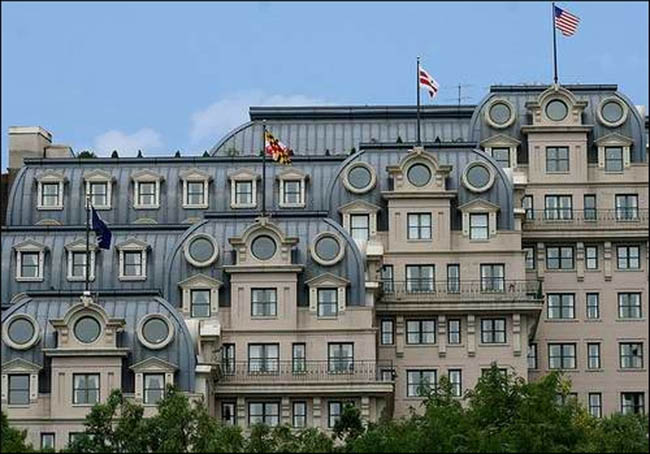 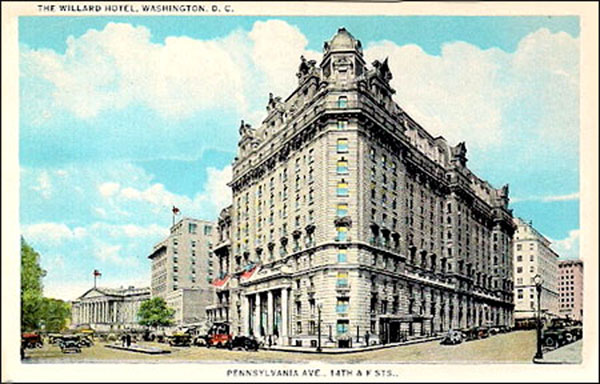 This particular plate has no manufacturer, only a number on the back 23/350. Under the name Willard in the well of the plate, is the date, February 1, 1984. According to an article in the Washington Post from Saturday, January 28, 1984, we now know what happened on February 1, 1984:

"At noon Wednesday officials and citizens will gather at the site for a luncheon given by the developer to celebrate the commencement of construction, scheduled to be completed by the summer 1986."

This is plate #23 of 350 which was made for that luncheon and taken home by the participants.