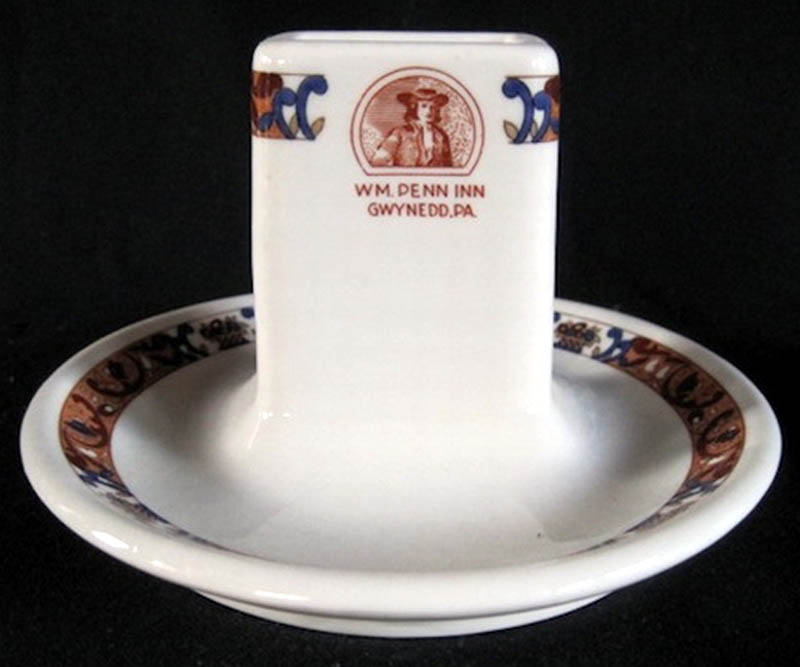 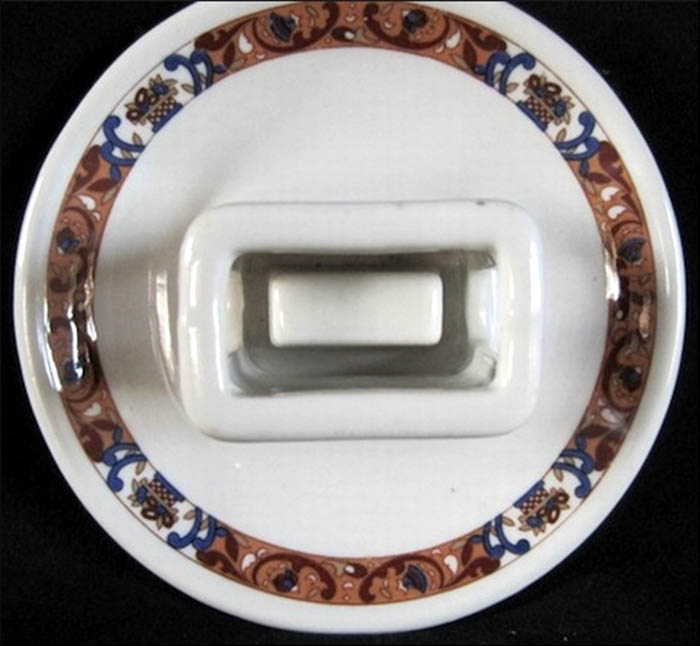 Notes: The William Penn Inn is located at 1017 Dekalb Pike in Lower Gwynedd, Pennsylvania. The Inn started out as a Public House in 1714, became a licensed Tavern in 1827, and later was renamed the William Penn Hotel. In 1900, the building was extensively renovated with the addition of a third story, and in 1920, was purchased by Nicholas deWilde. Under deWilde's ownership, the venue reopened as the William Penn Inn with a gala celebration in 1924.

In 2011, the William Penn Inn remains the "oldest continuously operated country inn in Pennsylvania." Click here for a detailed history of this landmark.

White body match stand with an illustration of William Penn on the chimney and Wm. Penn Inn, Gwynedd, PA below. Colorful wide band border of rust, maroon and cobalt blue on rim broken by cartouches of flower baskets.