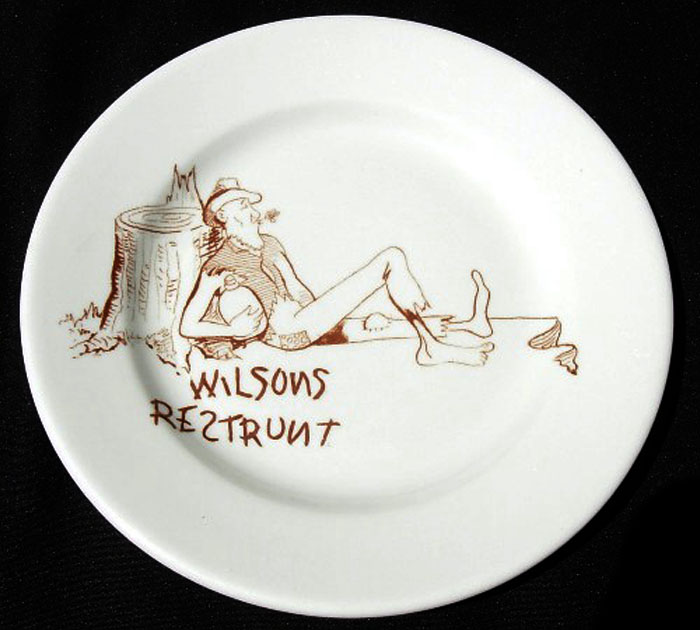 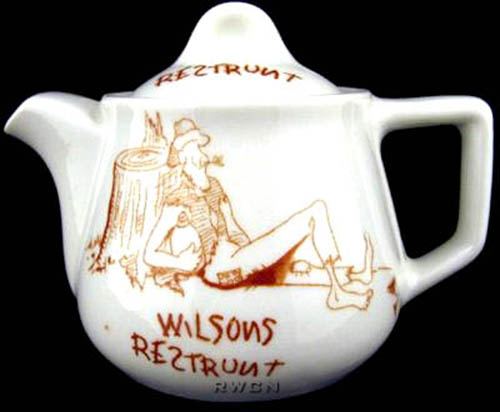 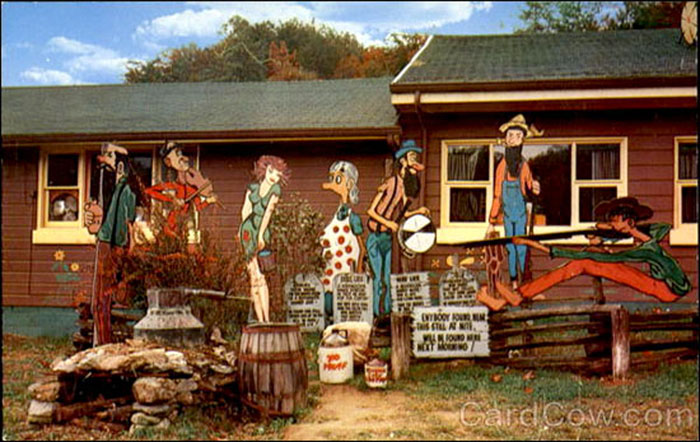 Notes: According to information provided by their daughter, John and Norma Wilson began construction of Wilson's Hillbilly Restaurant in Townsend, Tenn., between 1949 and the early 1950s. It was located at the entrance to the Great Smoky Mountains National Park between Gatlinburg and Maryville. The motel was added after the restaurant was established.

Norma Wilson created the "Moonshine Still" and "Cousin Clem" ambiance of the venue, including the hillbilly spelling and design of the china as well as the menu, which was shaped like a moonshine jug. She also designed the characters – including a "revenuer" – who stood around the still in front of the restaurant. There was also a hillbilly letter with similar design that customers could mail to family and friends.

John Wilson was in charge of the kitchen, and his specialty was the homemade bread that was sold on site. Other specialties were country ham and fried chicken.