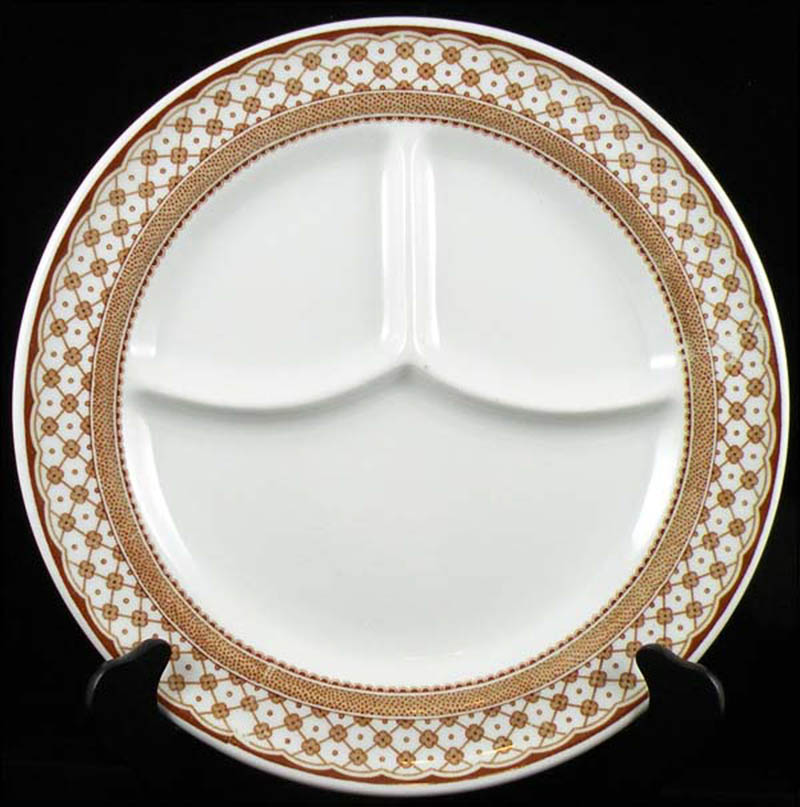 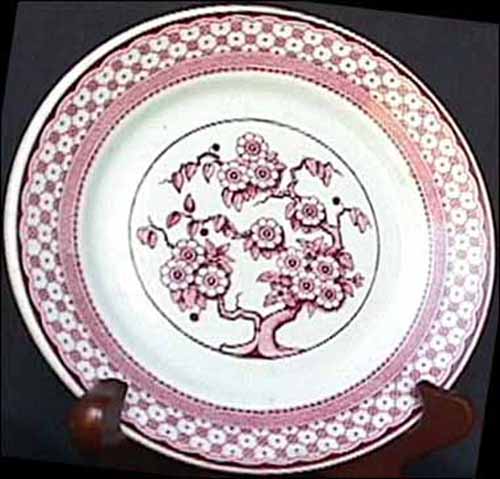 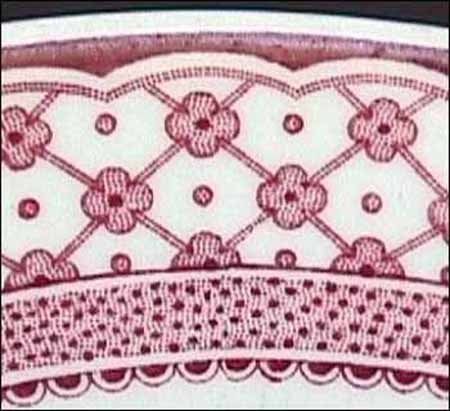 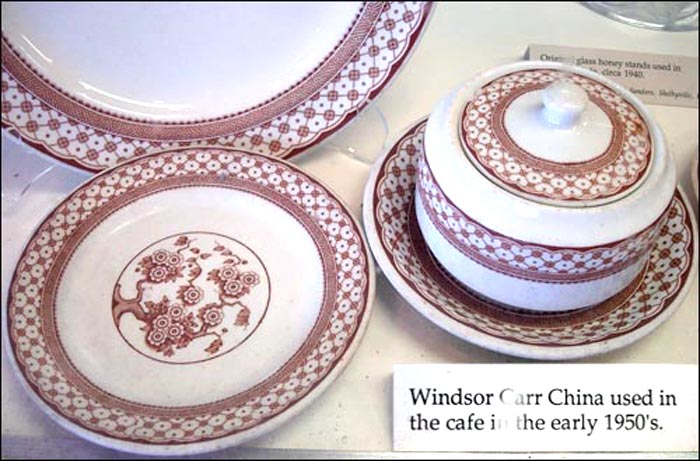 Notes: This stock pattern in brown has been documented as being used in the 1950s at Sanders Cafe, the birthplace of Kentucky Fried Chicken. Pieces of the pattern are on display at the Sanders Cafe and Museum in Corbin, Ky., as shown in a photo above. The information and china both came from Mrs. Harlan Sanders.

Both versions of Windsor, whether pink or brown, would have been stock patterns.

The pattern was designed in two ways, both with the Windsor name: either with and without the stylized tree with flowers in the center of the plates. On the border of both versions is a pattern of plain four-petal flowers connected by diagonal lines. A dark band in pink or brown scroll forms the outer border, with an inner border of dark, irregular dots on a paler background.