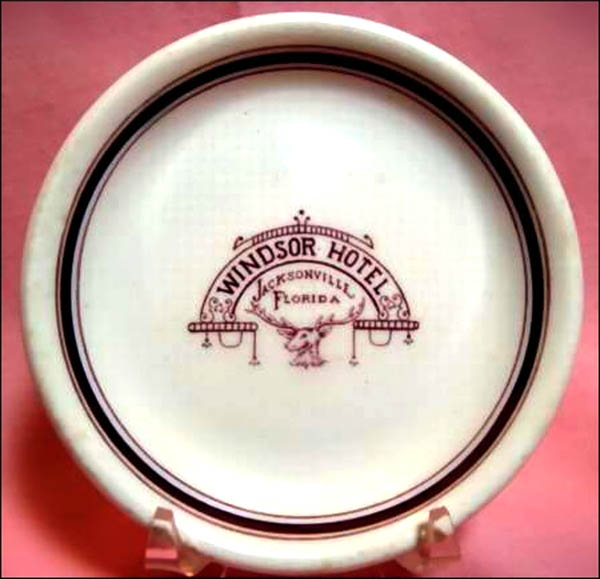 Notes: The Windsor Hotel was one of Jacksonville's finest turn of the century establishments. The 1875 building burned in the Great Fire of 1901 and a larger hotel opened for business less than a year later. Fronting Hogan Street and facing Hemming Park the Windsor occupied an entire city block. In later years it was part of the Meyer Hotel chain. A federal court house now occupies that spot.

Click here to view a 1901 menu for the Windsor Hotel.

White body with red and green line border. Topmarked with a red center logo featuring a half-circle with flanking stripes and swags on each end. The words "WINDSOR HOTEL" appear within the top portion of the half-circle. Under the half-circle is "Jacksonville", then "Florida" and a stag head beneath.