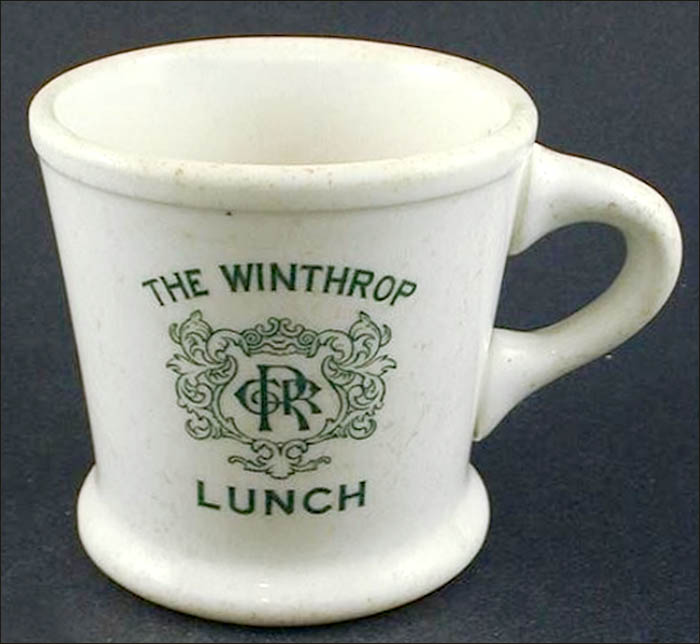 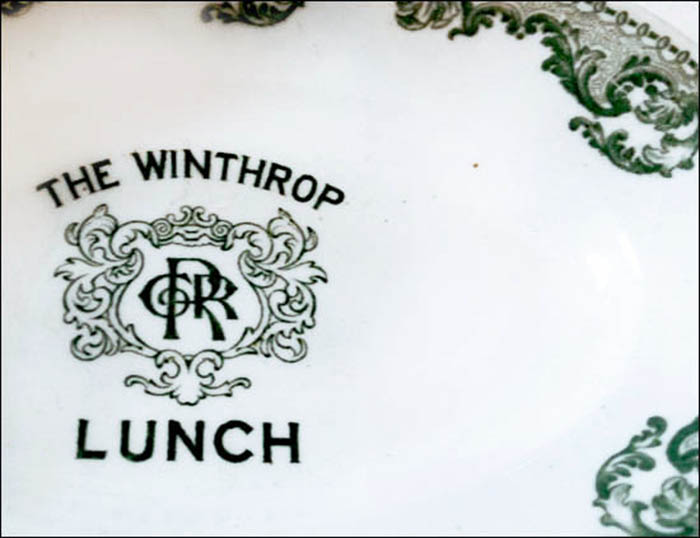 On Jan. 10, 1910, The Winthrop Lunch Company seems to have been dissolved in Massachusetts. However, there was a Winthrop Lunch still in business in December 1923 when the New London lunch room advertised for a cook.

The CRR monogram probably represents the initials of the founder or owner of the company. There are several references online to a C. R. Remillard Lunch Company in Massachusetts. This link in the state's archives shows that the C. R. Remillard Lunch Company was dissolved in that state in 1903. It is likely that Remillard, as the known owner of a lunch company, was also the owner of the Winthrop Lunch location for which this china was topmarked, but so far no positive connection between the two has surfaced.

In addition, an entry to the book "American Diner" shows that from 1897 to 1899, Camille R. Remillard, of 53 Wilcox St., Springfield, Mass., was the owner of a "lunch wagon-manufacturing business" … "for a couple of years before opening a restaurant in Springfield." This is one more clue that Remillard was associated with Winthrop Lunch.

The plate, decorated in green, is crested with a concave, convex-sided shield frame of acanthus scrolls that contain the interlocking upper case CRR monogram, with a large R in the center of the smaller CR. THE WINTHROP is curved above shield and a straight LUNCH is below. The plate is bordered by Maddock's #170 New Buckingham transfer border. The plate is backstamped with an impressed Maddocks American China, coded as M-A-8 in the book "From Earth to Art: The History of the Lamberton Works."