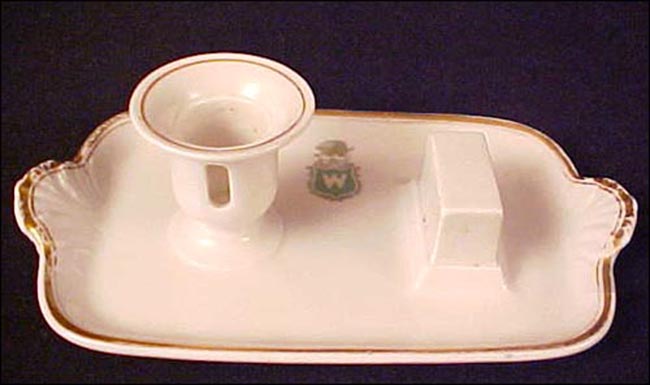 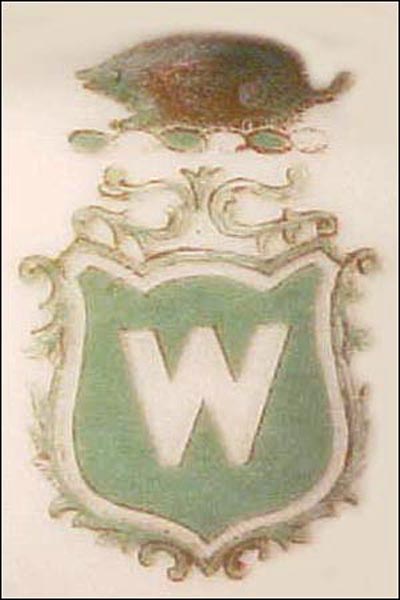 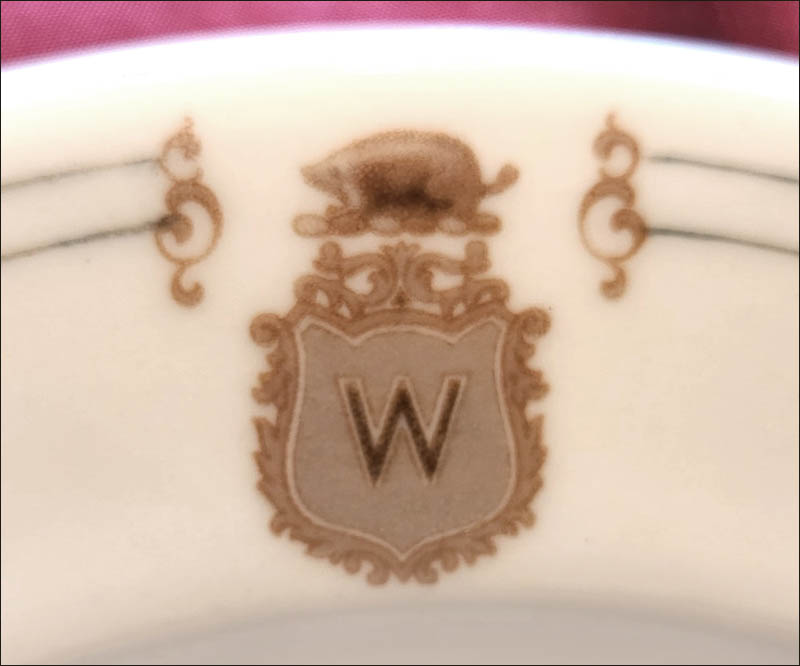 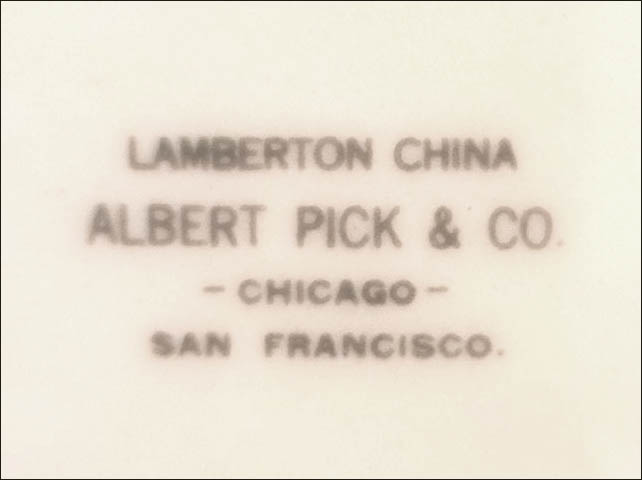 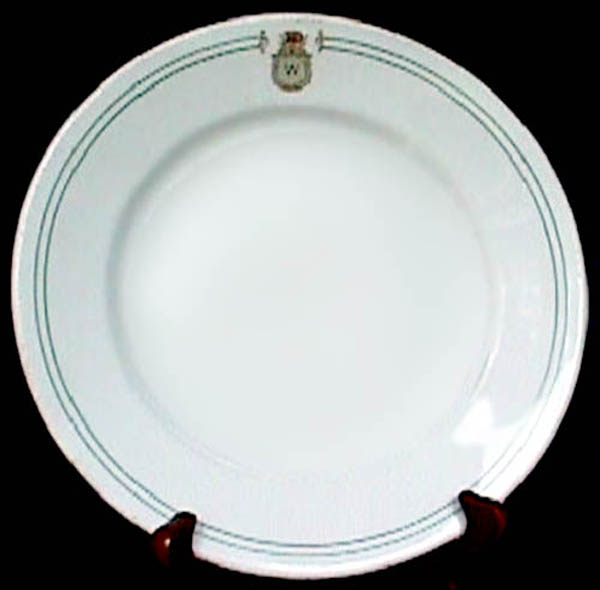 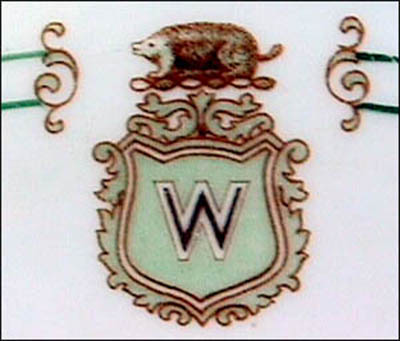 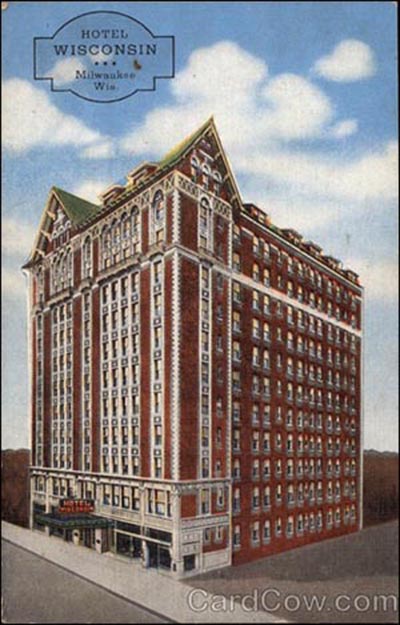 Purchased in 1957, the number of rooms was reduced to 355. In later years, the once-grand hotel became a run-down flophouse for residents and guests. Purchased in 1996 and run as a hotel, it closed in November 2003. It underwent a $23 million renovation and reopened in late 2006 with 108 luxury apartments that eventually will be sold as condos.

The Maddock matchstand has a Lamberton China body and metallic gold lines. Its logo is a bold W inside a green crest, with a badger on top. The badger is the Wisconsin state animal, and it is, of course, the Badger State. Though marked with a Maddock backstamp, Larry Paul notes his belief that it was actually made in Germany: "Other examples of that shape are marked 'Made in Germany.' I think Maddock ordered the bisque pieces from Germany and then decorated them in Trenton adding the Maddock backstamp.  It was probably easier and cheaper to order the bisque pieces from Germany than to create the molds need from scratch."

The Maddock plate with the Lamberton backstamp has the same logo as that of the matchstand but without gold and its colors are monotone browns.

The Bauscher plate has green lines or pin stripes on the rim, intersected by the hotel logo of a a bold W inside a green crest, with a badger on top.