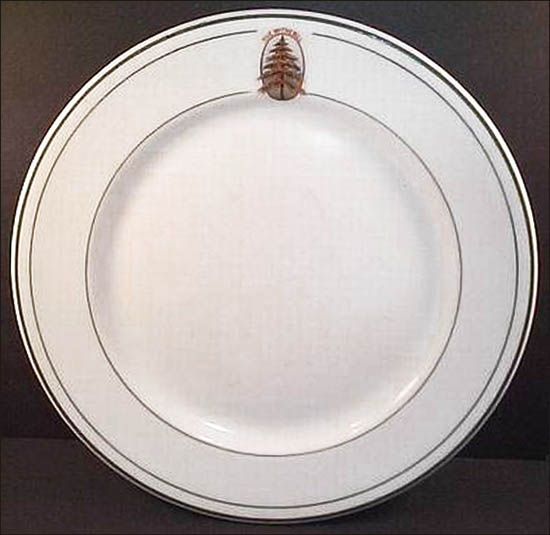 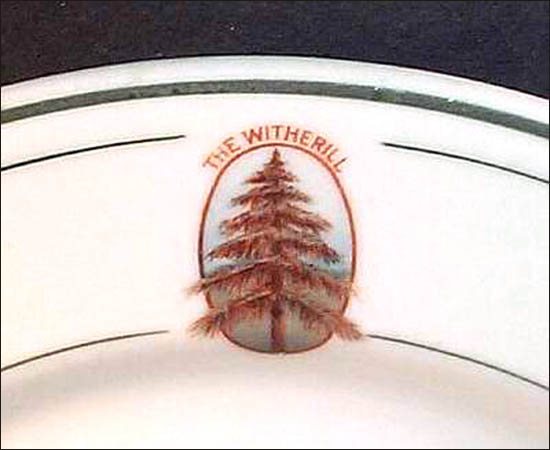 Notes: The Witherill Hotel was in Plattsburgh, New York on Lake Champlain. Located at 25 Margaret Street near St. John St., it was a 100-room hotel that featured the American Plan and had its own coffee shop / lunch room in the hotel. The hotel was under the ownership of Major William T. Howell in 1886 and the hotel remained in the Howell family for several years. Click here to view a 1919 ad for The Witherill in The Official Automobile Blue Book of New York State and Canada.

During the era that this plate was made and used, George W. Ryan was the manager of the hotel for the Howell family. The Witherill continued successful operations until at least the late 1960s. Click here to view an ad for The Witherill in the 1968 Hotel Red Book. According to this ad, The Witherill was under The Treadway Inns in 1968.

This plate is marked at the top with a full-colored evergreen green logo with "The Witherill" written above it.