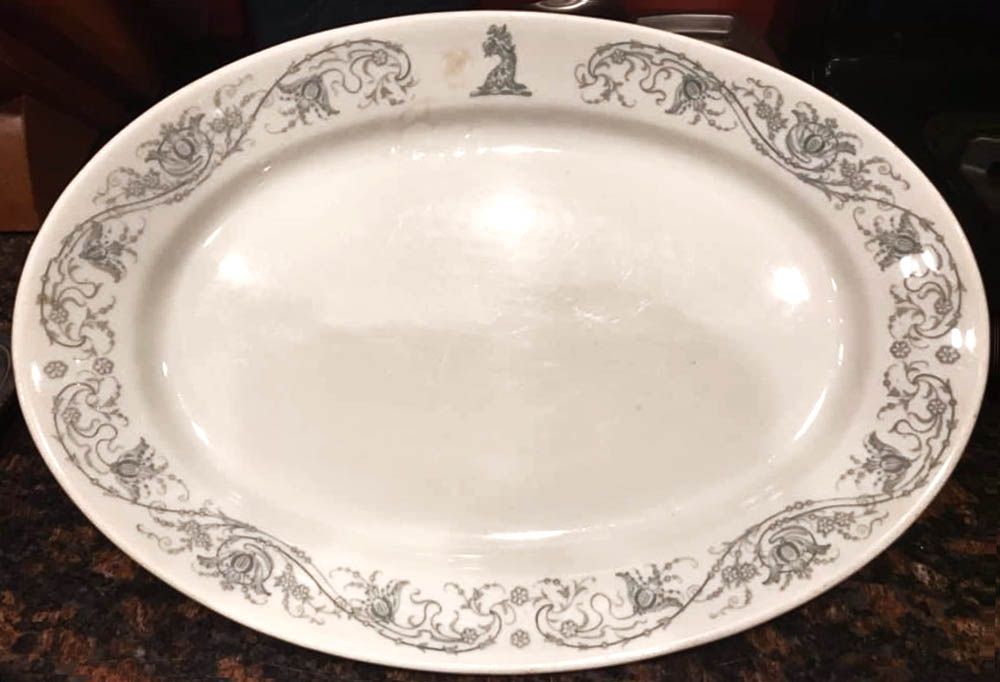 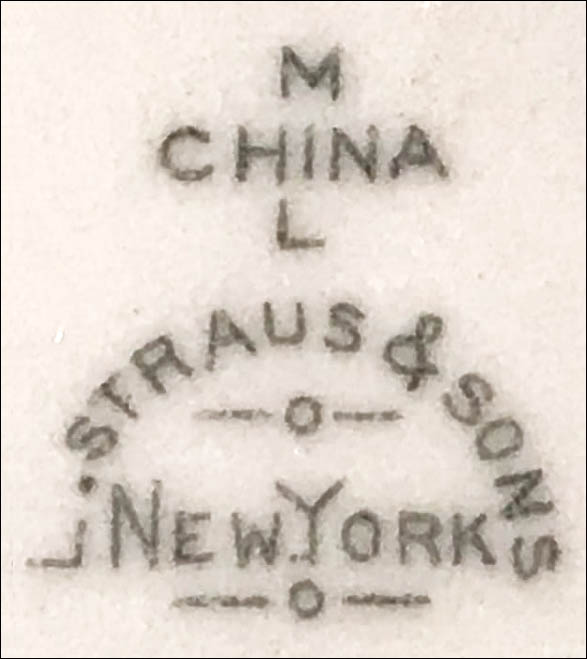 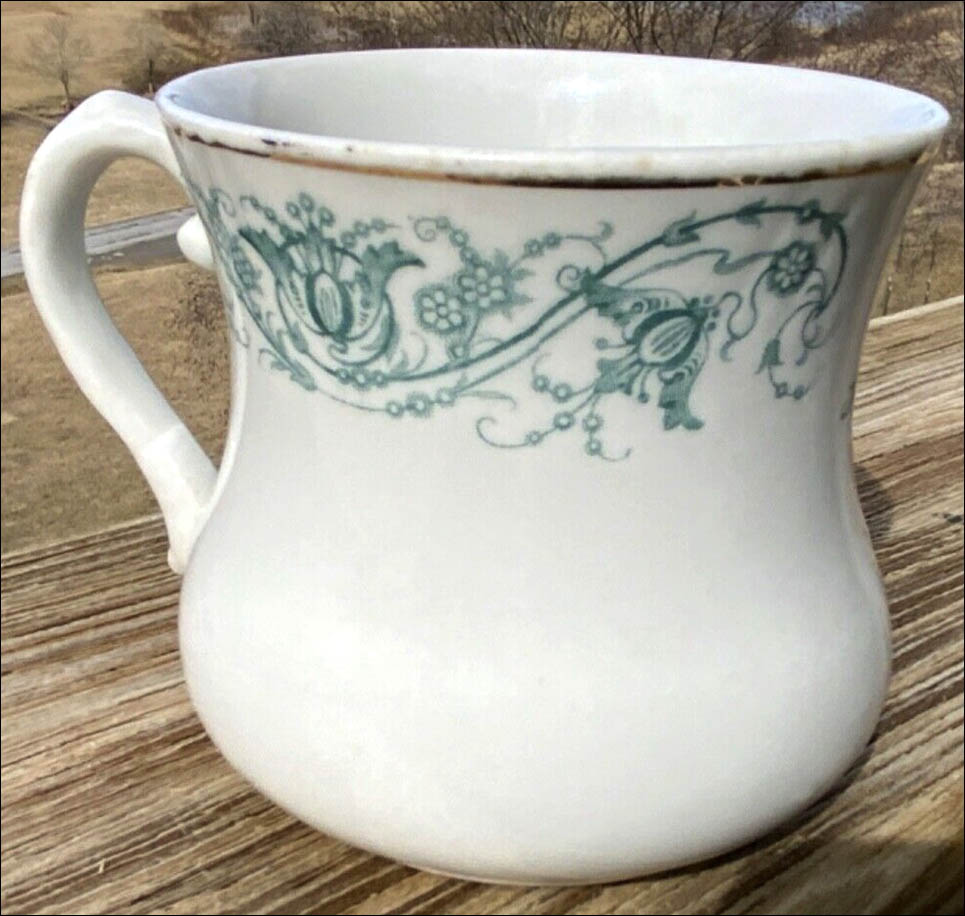 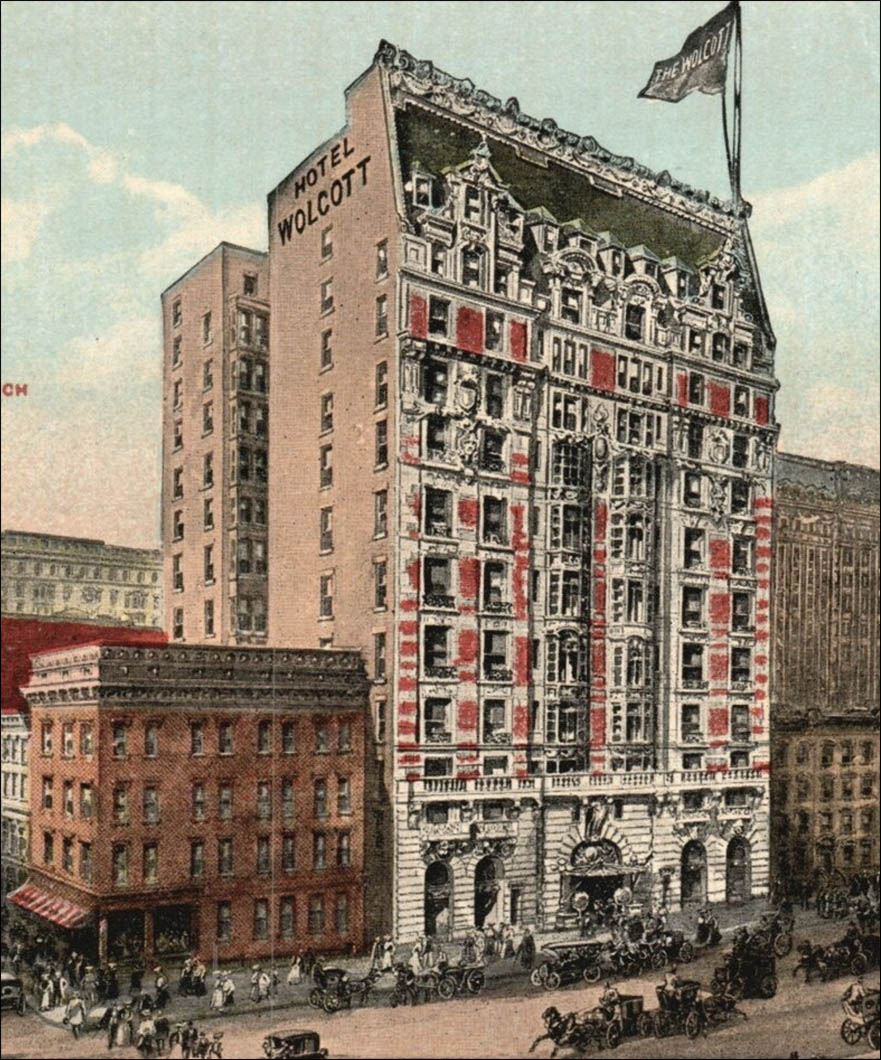 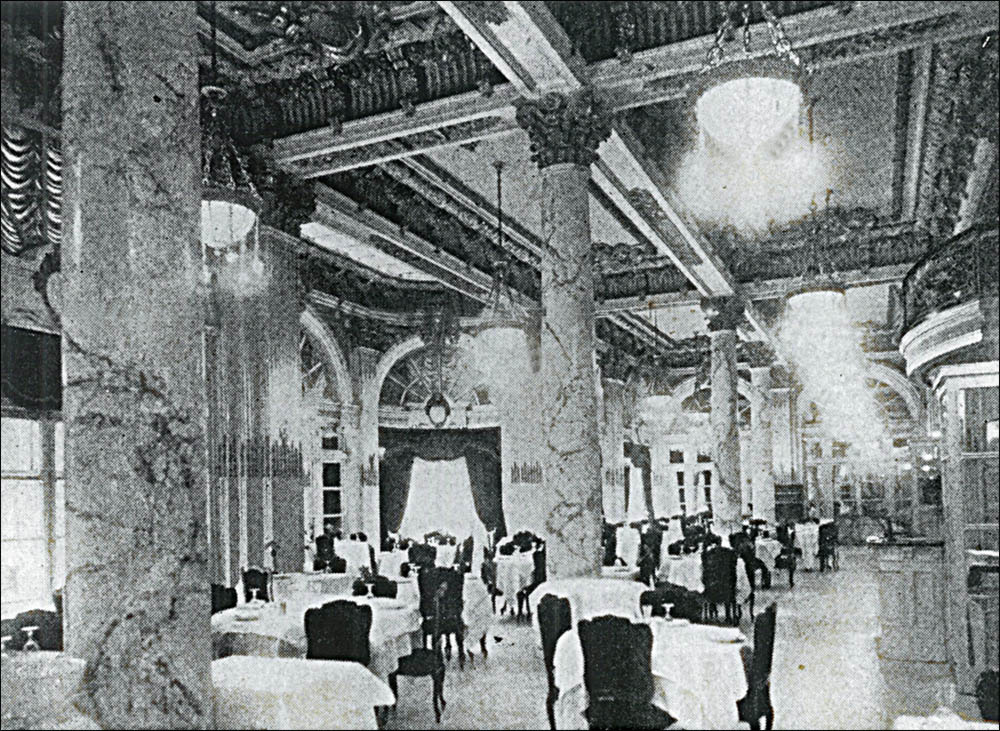 Dining Room at the Hotel Wolcott 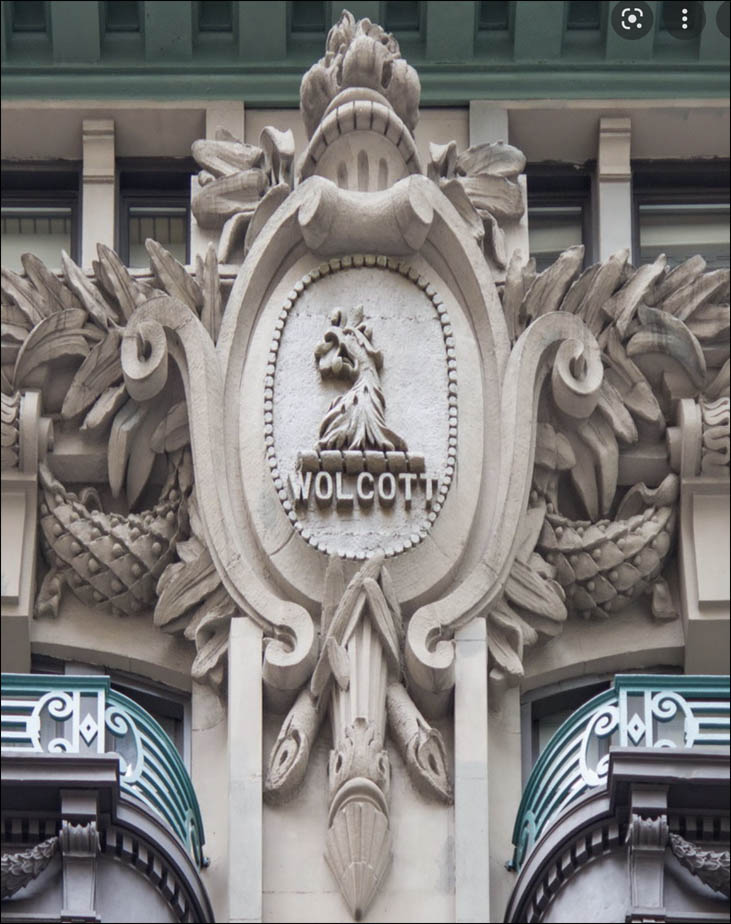 Notes: The Hotel Wolcott, at 4 West 31st Street in New York City, opened March 1, 1904. The 12-story hotel contained 300 rooms with 160 baths. It operated as an apartment hotel with suites for long-term residents. In addition to the main dining room there was the private Colonial Dining Room, a children's dining room, and a ballroom. From 1923 to 1931 it was part of the Manger Hotels chain. In 1997, the Wolcott was renovated and in 2001 contained 180 rooms.

The Lamberton China that Maddock made for the Wolcott is crested with the head of an eagle holding a fleur de lis in its beak. This crest was used on stationery and appears on the exterior of the hotel. The gray transfer border was created for the Wolcott and is shown in the Maddock pattern sample book as "#132 Wolcott." The same border, except in green, was used for the bedroom china service. This service included 10-ounce mugs with the crest, and a coin gold rim stripe. L. Straus and Sons was the distributor.