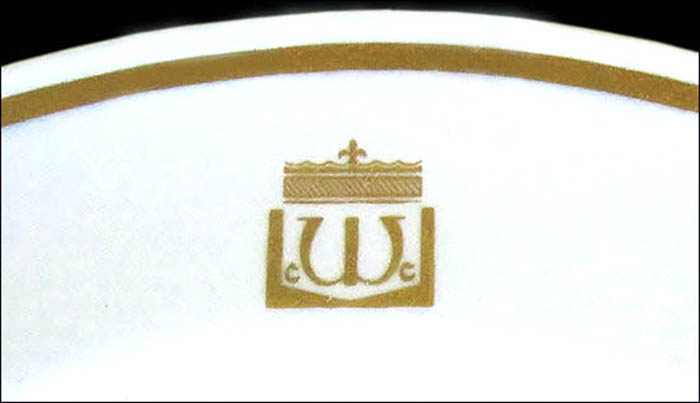 Notes: From the club's website, what would become Woodmont Country Club was incorporated in 1913 in Washington, D.C. as Washington Suburban Town House. By 1916, it had become known as Town and Country Club, and by 1922 had located to Bethesda, Md. And by mid-century, it had adopted the current name, Woodmont Country Club. It is now (2016) located in Rockville, Md.

The china has a single gold line near the rim and closer to the verge is the club's logo, also in gold. Its primary distinguishing features are a fleur-de-lis over a bar, and below a large W with smaller Cs to the bottom and left and right of the W.