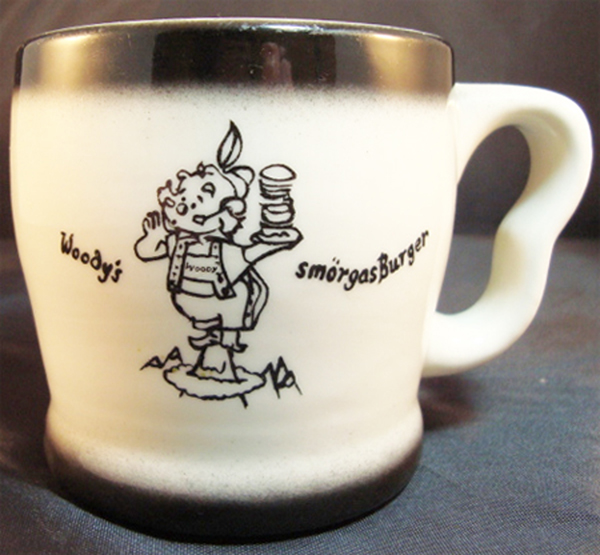 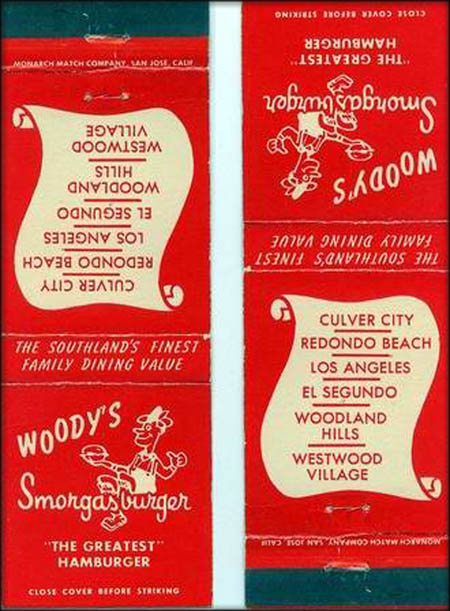 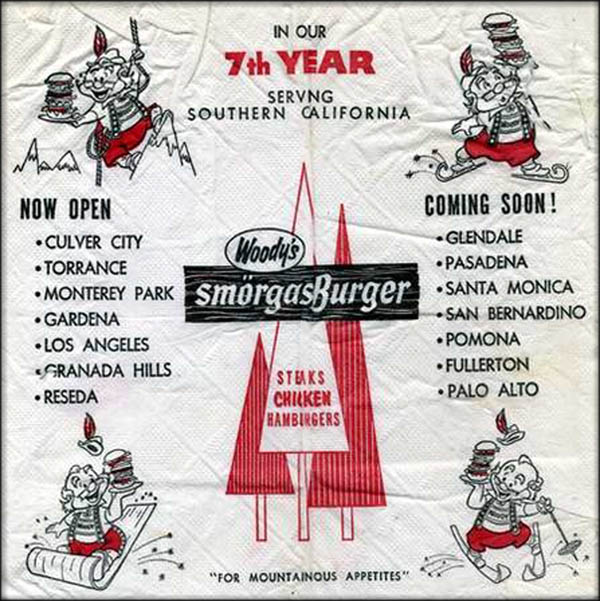 Notes: According to author and photographer Debra Jane Seltzer of Roadside Architecture: "Woody's Smorgasburger was an early 1960s Southern California chain. The name came from the then novel concept of dressing your hamburger at a self-serve condiment bar. They also had a self-serve sundae bar. The last of the chain, located near the Los Angeles International Airport, closed around 1995. Many of their buildings were taken over by IHOP."

Walker's Manual of Far Western Corporations & Securities, published in 1963, indicates that the corporation received Franchise Rights in January 1962, and had five franchises by May 1963. The trademark was abandoned officially on January 31, 1984.

White body with black airbrush trim; logo of an alpine yodeller on top of a mountain, holding a hamburger. In looking at the photos above, notice the difference in Woody the restaurant mascot over the years. On the matchcover (early years), he's tall and skinny, whereas on the napkin (listing more locations), he's squat and pudgy.