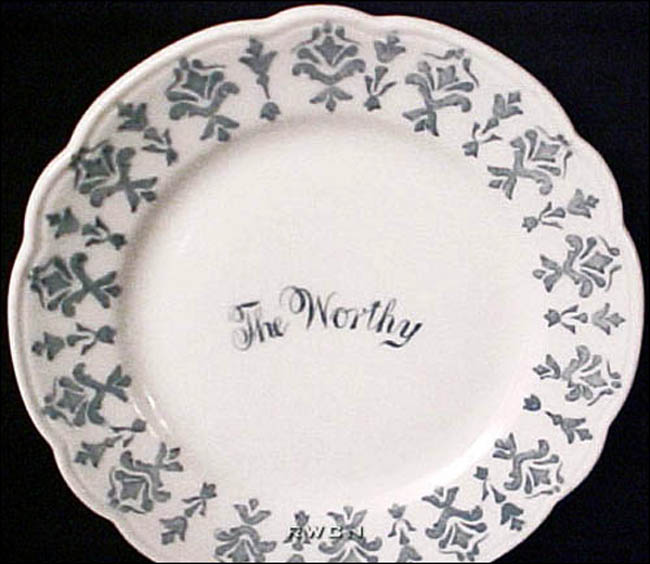 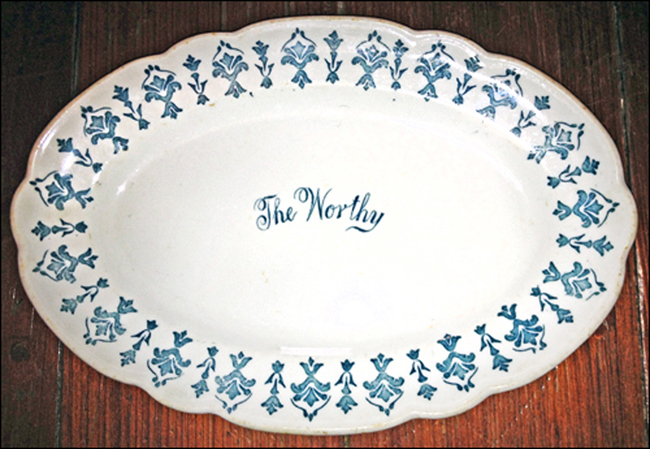 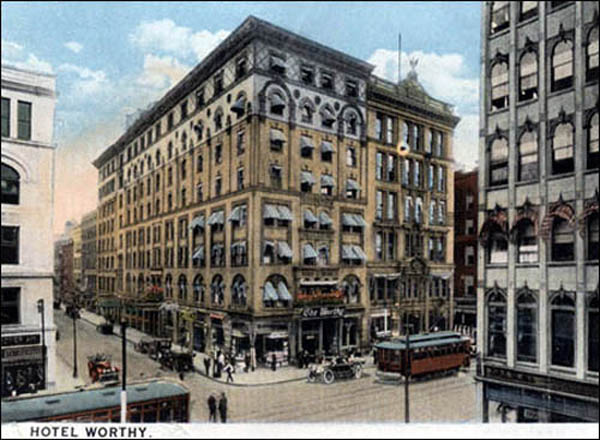 Notes: Located at 193 Worthington Street in Springfield, Mass., this eight-story, 250-room hotel was the town's first steel-framed building. Completed in 1894, the hotel was originally six stories and two more were added in 1905. Another expansion into the building beside the hotel took place in 1909.

The Worthy became an Earle Hotel in 1951. It was listed on the National Register of Historic Places on Feb. 24, 1983. The building fell into disrepair and was a multi-use building as of 2004; i.e., a few business were located there with some low-income housing.

The pattern of simple flowered ornaments around the rim, with The Worthy in script in the well, has been found in both gray and a much brighter blue, both shown above.