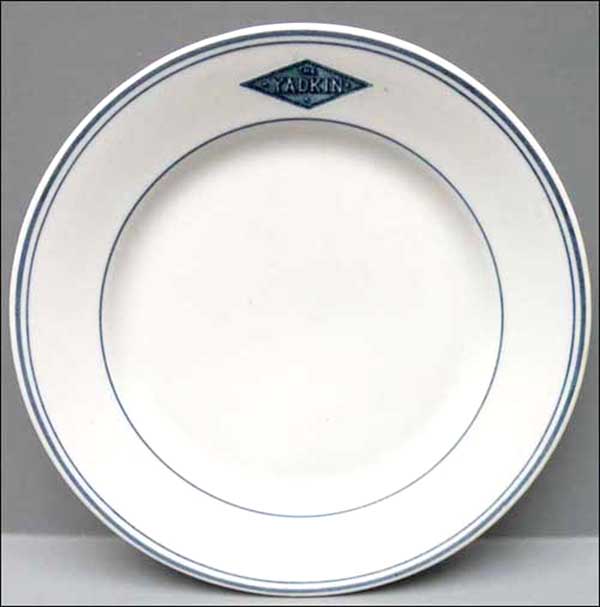 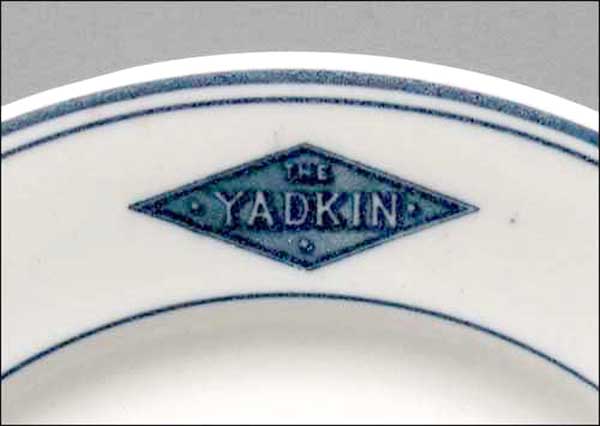 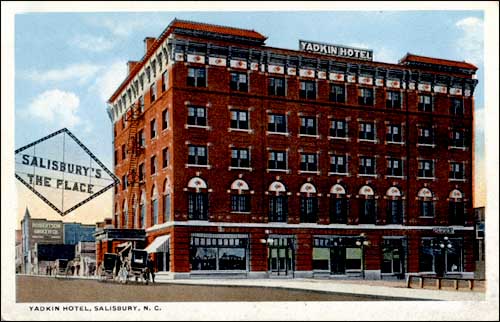 Notes: The 100-room Yadkin Hotel was built in 1912 at a cost of $100,000 at the corner of Depot and Council streets, in Salisbury, N.C. It was the town's luxury hotel in its day and had a ballroom, restaurant and coffee shop. It was named for the Yadkin River, located northeast of Salisbury.

Salisbury was an important transportation hub for North Carolina. It had a Southern Railway Spanish Mission style depot built in 1907 and nearby Spencer Shops, a steam locomotive repair facility with roundhouse that was built in 1924. The Yadkin was located half a block from the railroad station, and according to a March 25, 2003, Salisbury Post story, "was home away from home for travelers, railroad employees and traveling salesmen during its heyday."

"After the railroad people moved to a dormitory in Spencer in the early 1970s," the article continues, "the Yadkin was forced to close on Oct. 1, 1975. More than 900 people attended the biggest public auction in Rowan County history at the hotel, an event that 'ripped the personality from the guts of the Yadkin.'"

It was eventually renovated into one-bedroom apartments for elderly housing and reopened on Dec. 8, 1981 as the Yadkin House Apartments.

The plain white plate has three deep blue lines on the rim and in a blue diamond, also on the rim, are the words: THE YADKIN.