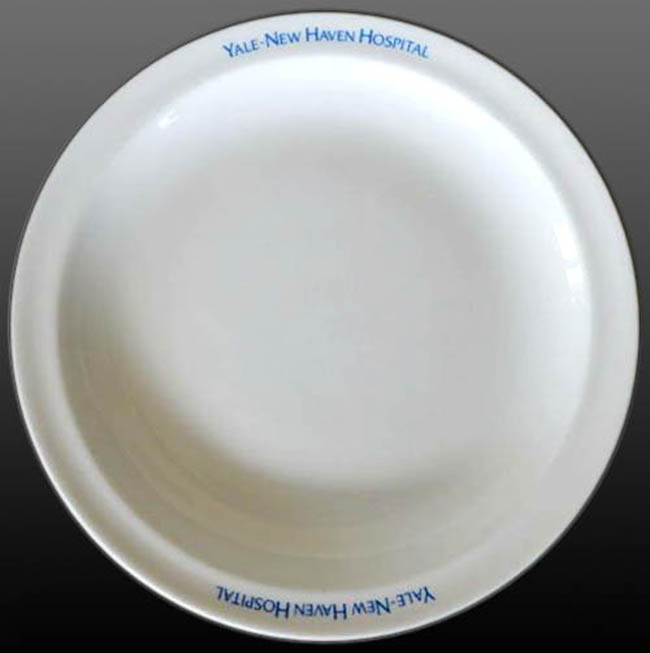 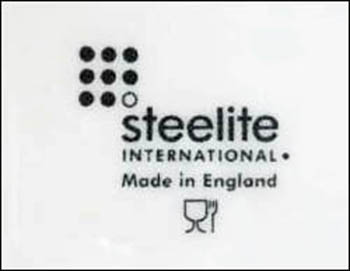 Notes: Website: http://www.ynhh.org. According to the hospital's website, the Yale-New Haven Hospital first opened in 1826. It was the first hospital in Connecticut and the fourth voluntary hospital in the nation.

In 1965, the name changed to Yale-New Haven Hospital – as of 2014 still a well-respected teaching hospital with multiple specialty centers.

The white plate has the hospital name in bright blue in two places on the rim, at 12 o'clock and 6 o'clock.

ID and photos contributed by Kath