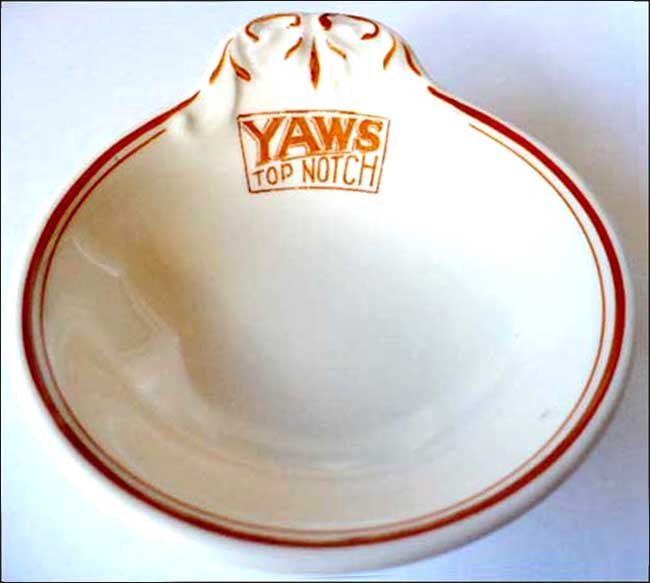 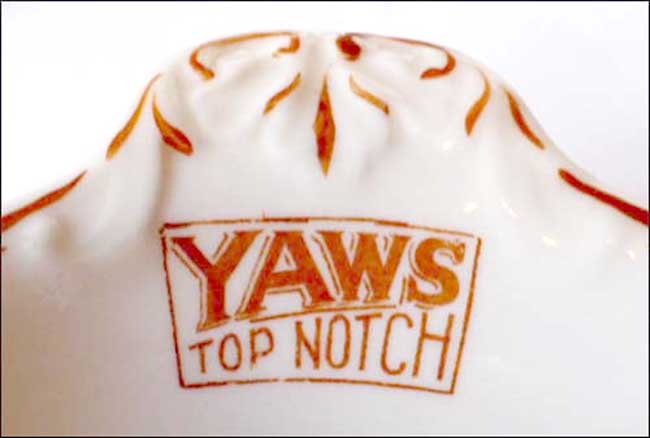 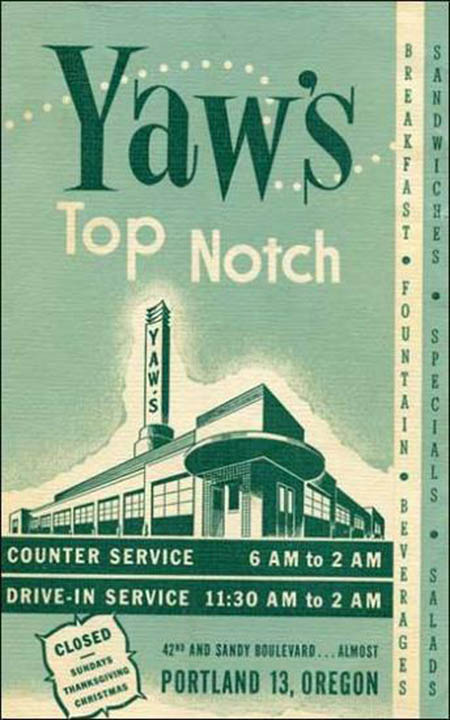 Notes: Yaw's Top Notch operated in the Hollywood District of northeast Portland, Ore., from 1926 to 1982.

Yaw's offered counter and drive-in service and was well known for its burgers, French fries with gravy and Green River lime drinks. As part of Yaw's hospitality, a "Tootsie Roll cop," dressed in uniform, handed out Tootsie Rolls to the carloads of teenagers who regularly cruised the restaurant. (Click here to see a recent painting of Yaw's, including the Tootsie Roll cop.) There was at least one additional restaurant, but none was as popular as the original.

A news release issued in 2011 encouraged fans of the restaurant to invest in shares of ownership in a reincarnation of Yaw's Top Notch, including management by members of the Yaw family. No more information is known at this time.

The Lamberton white-bodied ice cream shell has a thick and thin red line on its rim. YAWS TOP NOTCH is located within a rectangle on the tab part of the dish, also in red.