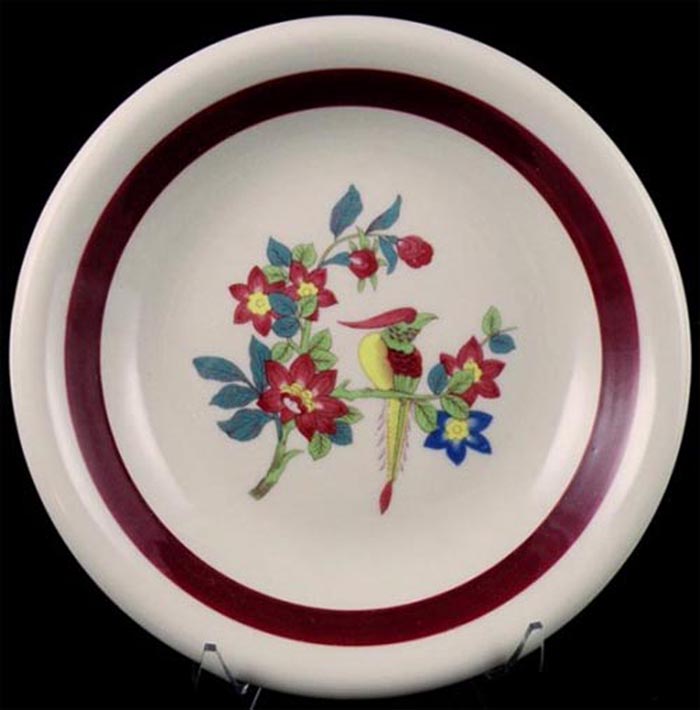 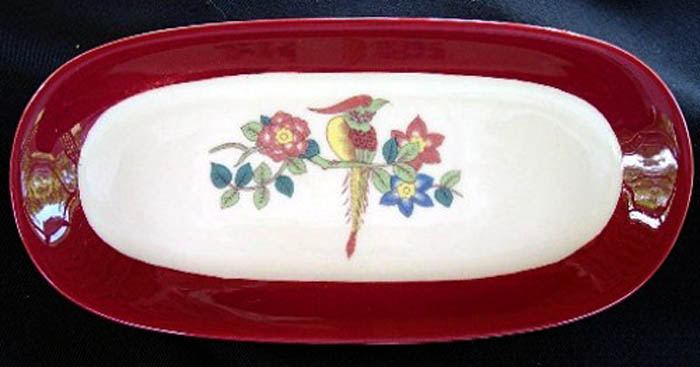 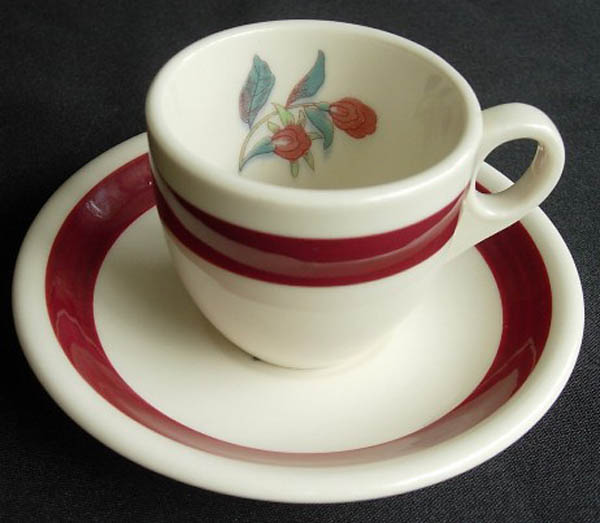 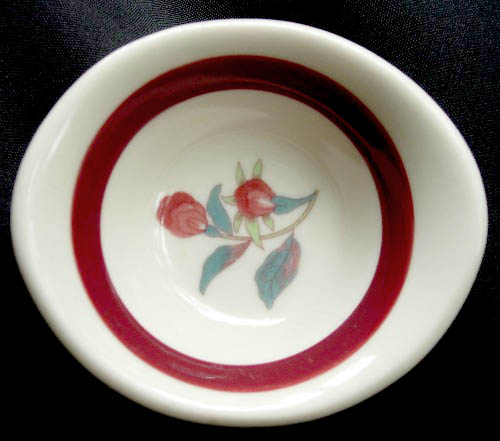 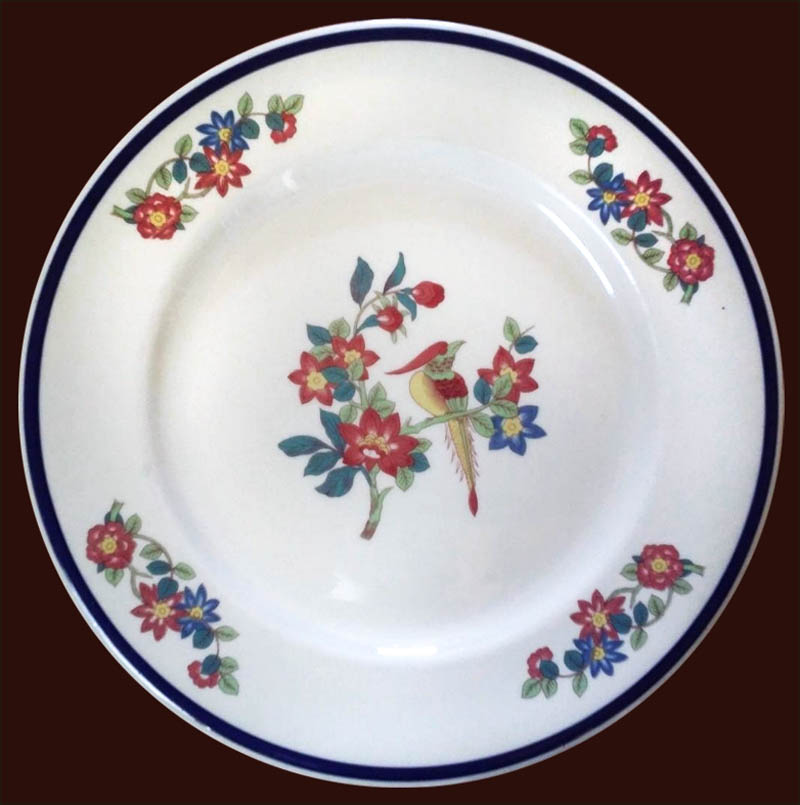 This stock pattern, also made by Shenango, can be found with a thinner blue or red line and the same bird and floral motif as shown in the plate, above. This was never used by the railroad. Similar patterns have been found made by Mayer, Scammell and Syracuse china companies but only the Shenango version was used by N&W. At the present time, the official Shenango name of this pattern is unknown, although it's been commonly called Yellow Bird for many years.