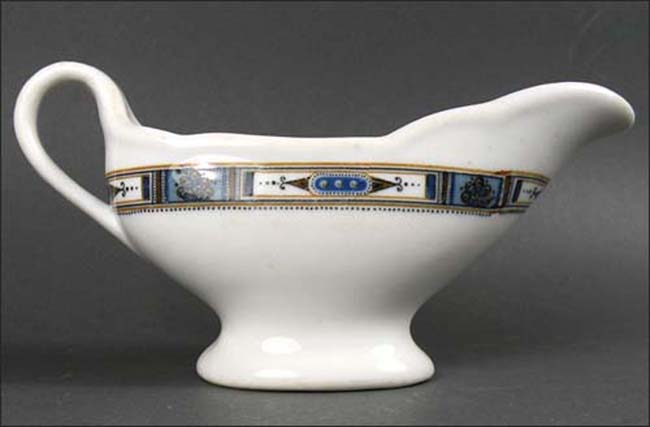 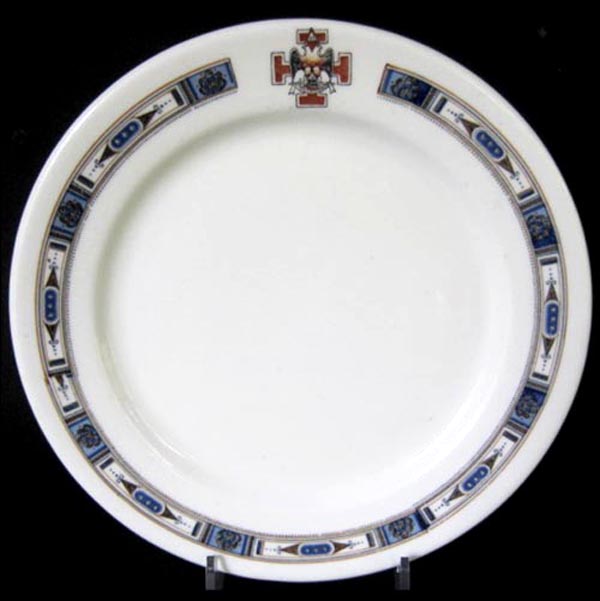 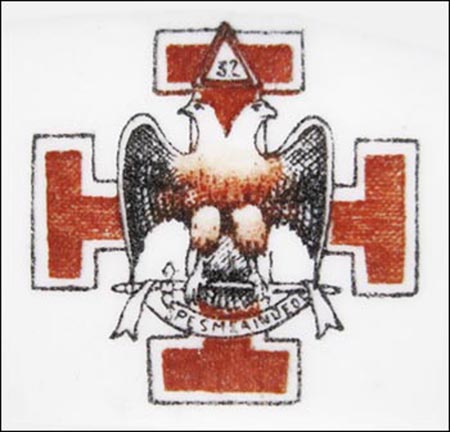 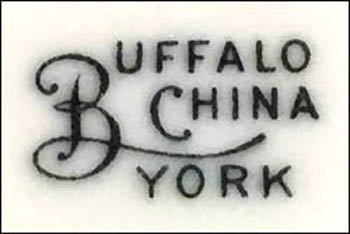 Click here for more information about the Ancient and Accepted Scottish Rite of Freemasonry, commonly referred to as the Scottish Rite.

Southern Railway also used this stock border pattern with the addition of a coin gold line plus a custom backstamp.