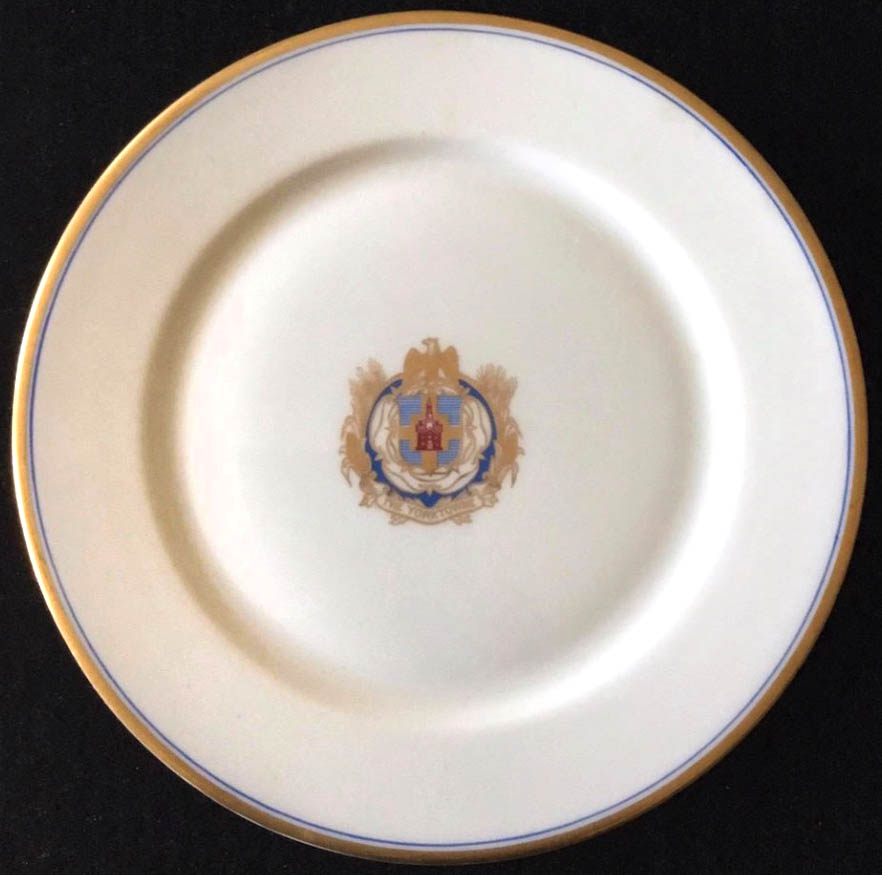 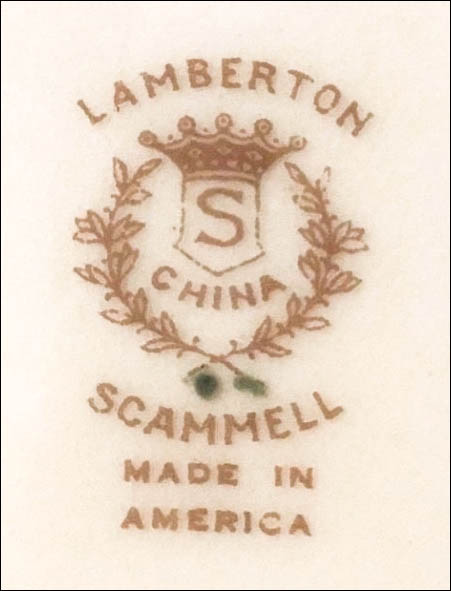 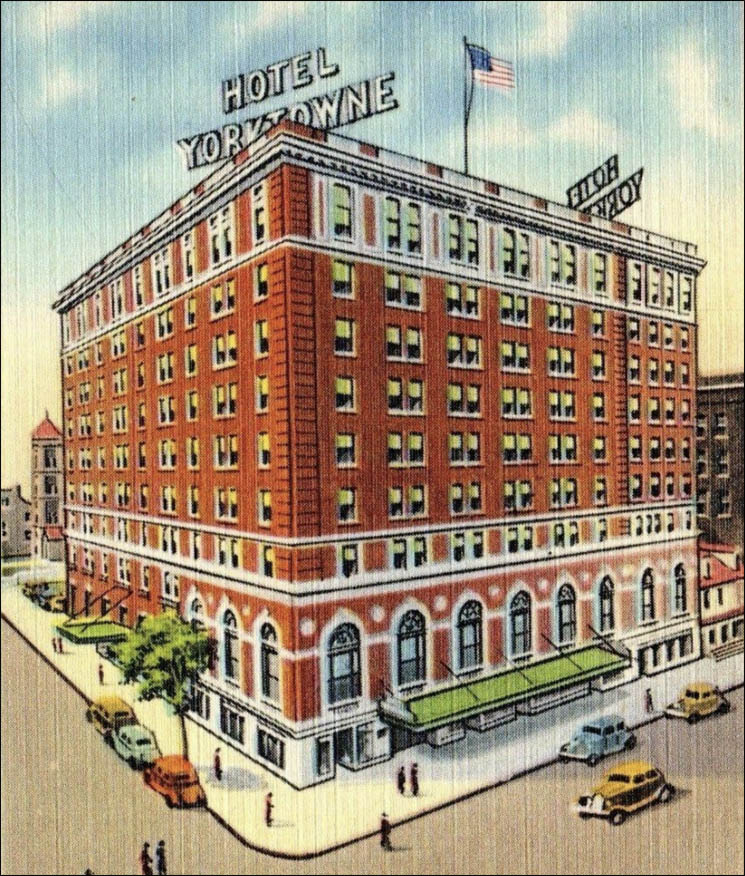 Notes: In 1924, a group of local investors formed the Community Hotel Company of York to build an 11-story hotel on the corner of Market and Duke streets in York, Pennsylvania. The 275-room Yorktowne Hotel opened October 17, 1925. It was operated by the American Hotels Corporation. The main dining room was two-story with a mezzanine. An addition in 1928 added 58 bedrooms, a coffee shop, club room, and a 32-foot addition to the original ballroom. In 1957, a seven-story addition and a parking garage was completed.

In 2010, York Hotel Group, the owners, defaulted on a loan and $5.26 million owed to PNC Bank. It was eventually sold to Starwood Property Trust. The Yorktowne closed Sunday, November 6,2016. It was purchased by the York County Industrial Development Authority. With a $10 million-dollar grant it was renovated into a mixed-use building with the hotel section scheduled to open in 2022.

Scammell produced a Lamberton China service plate that is crested in the center of the well with a shield and eagle flanked by a wreath of coin gold corn and wheat. "The Yorktowne" is in a banner below. There is a coin gold line at the rim with a blue pin line below. "Made in America" on the Scammell back stamp suggests that the one known example was made in the 1930s.