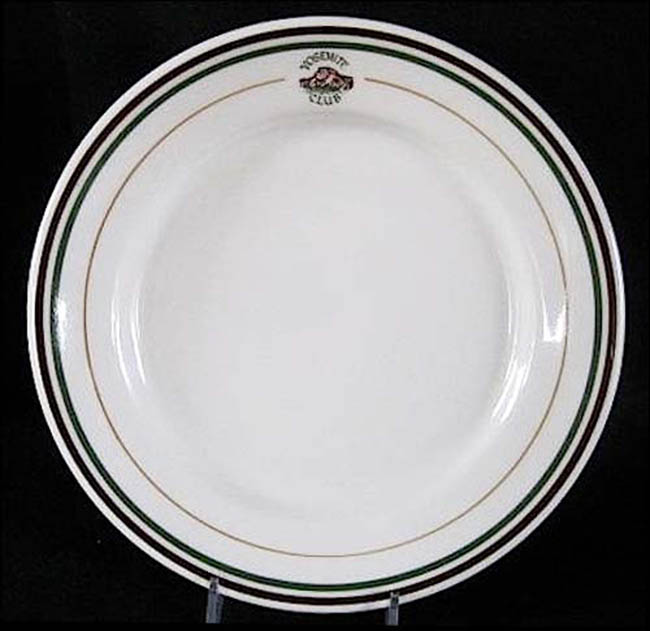 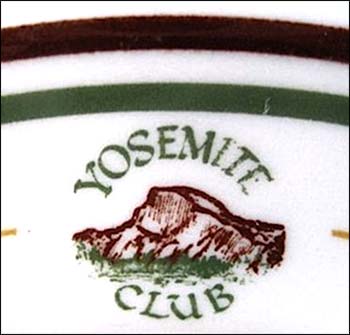 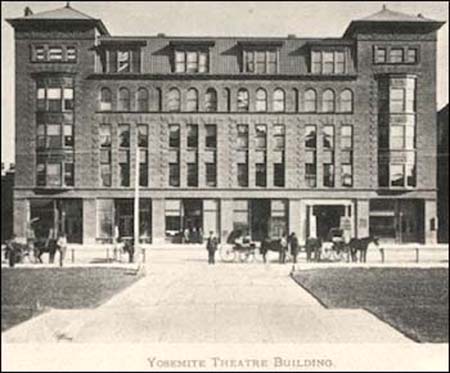 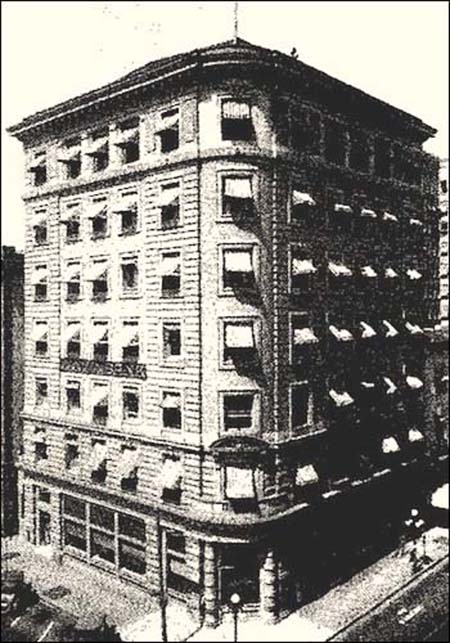 Notes: The Yosemite Club was located in Stockton, Calif.

On April 17, 1889, 59 Stockton residents met in the Superior Court Room to sign the articles of The Yo Semite Club, the first incorporated club in California. By 1900, it was known at the Yosemite Club.

From 1908 to 2010, the club was located in the Bank of Stockton Building at Main and San Joaquin streets. The basement, first and second floors were occupied by the bank, the third, fourth and fifth floors by the private offices of physicians and attorneys, and the sixth, seventh and eighth floors were designed for and occupied by, the Yosemite Club. The club house was known for its elegant appointments, privacy, servants, bar, gourmet food, easy chairs, library, pool and game tables. Women, children and dogs were not allowed.

The white plate has brown and green bands on the rim and also a gold line, broken by the club logo, which is an image of Half Dome in Yosemite in brown and the words Yosemite and Club above and below in green.