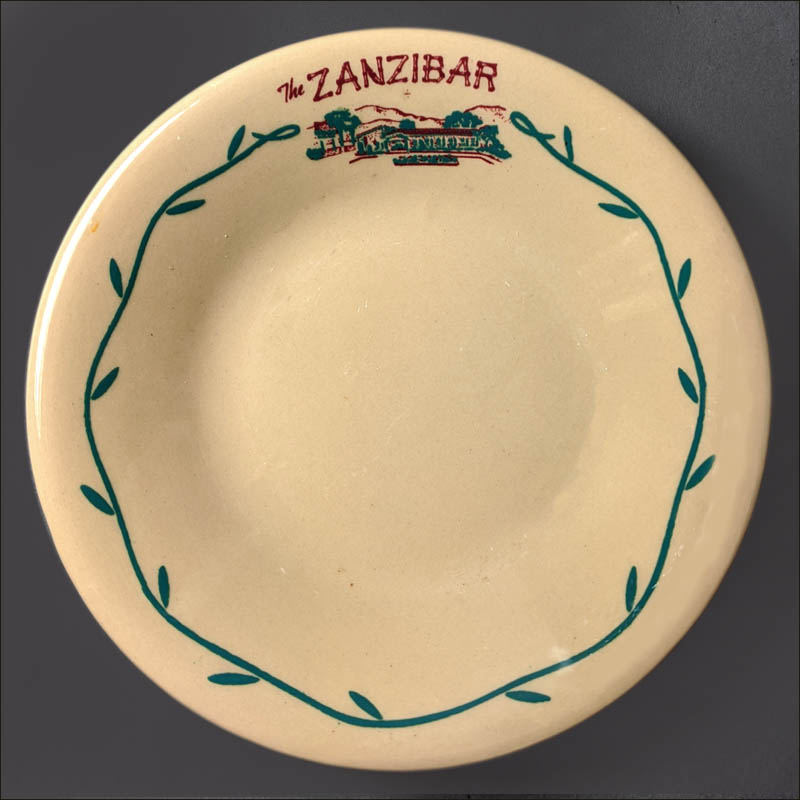 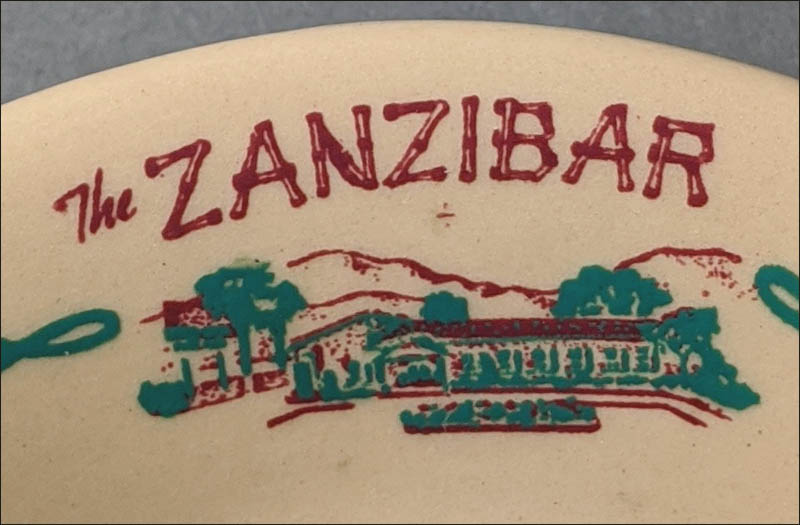 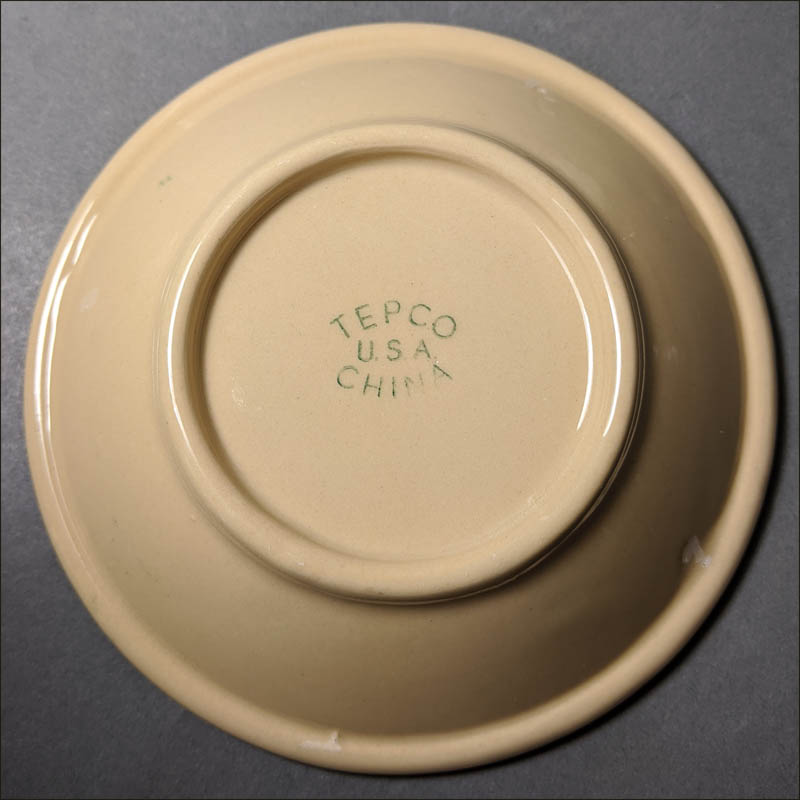 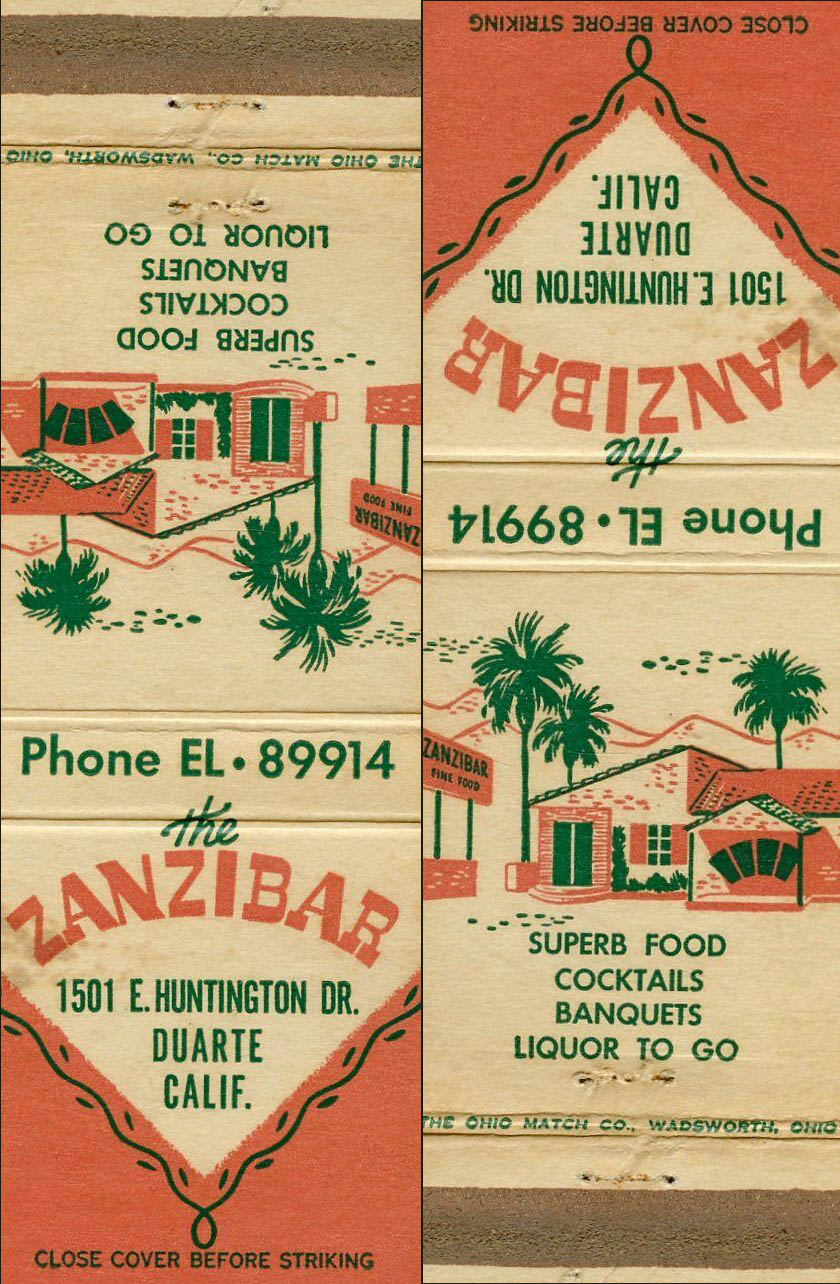 Notes: Located at 1501 E. Huntington Drive in Duarte, California, The Zanzibar opened as a café and cocktail bar in 1946. According to the Duarte View, "The Zanzibar … was originally built to resemble a south seas eatery. It was as close to a nightclub as one could find in these parts. That is where one went to eat, drink, and dance." A 1966 interview with the owner on the occasion of the restaurant's 20-year anniversary, D. Jay Smith, indicates the restaurant was thriving at that time and also had live music and piano bar. It is not known when it closed, but it appears that a succession of Mexican restaurants have followed in that location.